Following rumors earlier this month about a new version of Samsung’s Galaxy Buds called Galaxy Buds Pro, we’re now getting more evidence of their existence. A new pair of Samsung earbuds have made a stop at the FCC, suggesting those Galaxy Buds Pro rumors were right on the money. Not only that, but this FCC listing suggests that their release could be imminent.

The listing was discovered by the folks over at SamMobile, who were also the ones who first reported on Galaxy Buds Pro last week. As with many FCC listings, there isn’t a ton we can glean from the information published by the regulatory agency, but there are some morsels of information tucked away in there.

For instance, we learned that these earbuds have a model number of SM-R190, and we also got to see a look at the label placement on the bottom of the Galaxy Buds Pro charging case. That FCC compliance label says that the charging case will have a 500mAh battery. 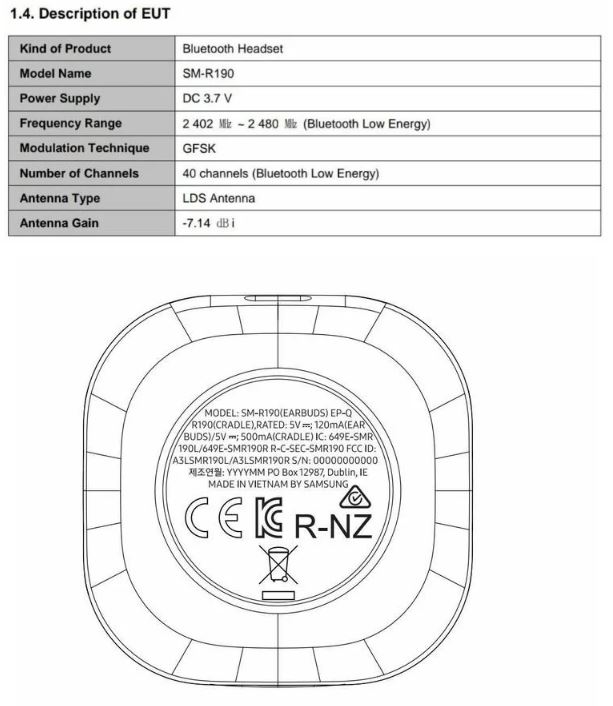 Previous rumors have claimed that the Galaxy Buds Pro will offer active noise cancellation, and SamMobile is expecting them to support Bluetooth 5.0 and Qi wireless charging as well. They’ll also apparently exist alongside the other products in the Galaxy Buds lineup instead of replacing one of them, and with a name like Galaxy Buds Pro, we can probably expect them to take up the high-end price point for the line.

With this stop at the FCC, we should see Samsung announce them at some point in the near future. As SamMobile points out, that could happen in January alongside the reveal of the Galaxy S21, so the reveal of Galaxy Buds Pro may not be very far off. We’ll see if more information about these earbuds leaks out in between now and then, so stay tuned for more.