ISS Cold Atom Laboratory is the coolest experiment in space

NASA has announced that the scientists aboard the ISS have reached a milestone using the Cold Atom Laboratory (CAL). The CAL was installed in the ISS science lab in May and has been used to produce clouds of ultracold atoms known as Bose-Einstein condensates (BECs). BECs reach temperatures of just above absolute zero, or the temperature when atoms stop moving entirely.

This marks the first time that BECs have been produced in orbit. NASA notes that cold atoms are long-lived and precisely controlled quantum particles that provide a platform for the study of quantum phenomena. The science gleaned here has potential for applications in quantum technologies as well. 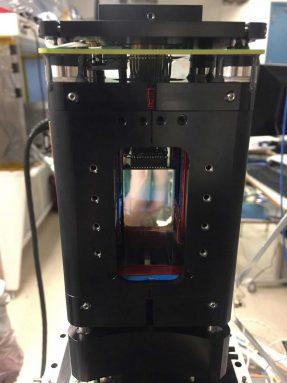 This is the first facility of its type to be placed into space. CAL scientists confirmed last week that they had been able to produce BECs from atoms of rubidium. Temperatures in the experiment were as low as 100 nanoKelvin or one ten-millionth of one Kelvin above absolute zero.

Absolute zero is minus 459 degrees Fahrenheit. Despite how frigid the temperatures achieved are, CAL researchers want to go even colder. The team expects that it will be able to reach temperatures colder than any BEC experiments on Earth have been able to achieve.

These incredibly cold particles behave like nothing on Earth and BECs are characterized as a fifth state of matter. BECs are distinct from gases, liquids, solids, and plasma with atoms that act more like waves than particles. Scientists are also working on creating BECs from two different isotopes of potassium atoms.