Iron Man VR is getting its very own PSVR bundle

When it comes to superheroes that seem particularly well-suited for virtual reality gaming, Iron Man has to be near the top of the list. Sony and Marvel agree, announcing Iron Man VR for the PlayStation VR back in 2019. After a delay due to the COVID-19 pandemic, Iron Man VR is nearly upon us, and Sony announced today that the game will be getting its very own VR bundle.

The bundle will be launching alongside the game on July 3rd, so if you’ve yet to pick up a headset, this could be a good way to obtain one. The bundle comes with the Iron Man VR game (obviously), along with a PlayStation VR headset, a pair of PlayStation Move controllers, and a PlayStation Camera so you get everything you need to get up and running with PSVR in one box.

The bundle also comes with a VR demo disc so you can see what else PlayStation VR has to offer aside from Iron Man VR, but of course, that demo disc is far from the main attraction. The bundle will run $349.99 USD/$449.99 CDN and is launching across the US, Canada, Colombia, Costa Rica, Ecuador, El Salvador, Guatemala, Mexico, Panama, Peru, and the Dominican Republic. 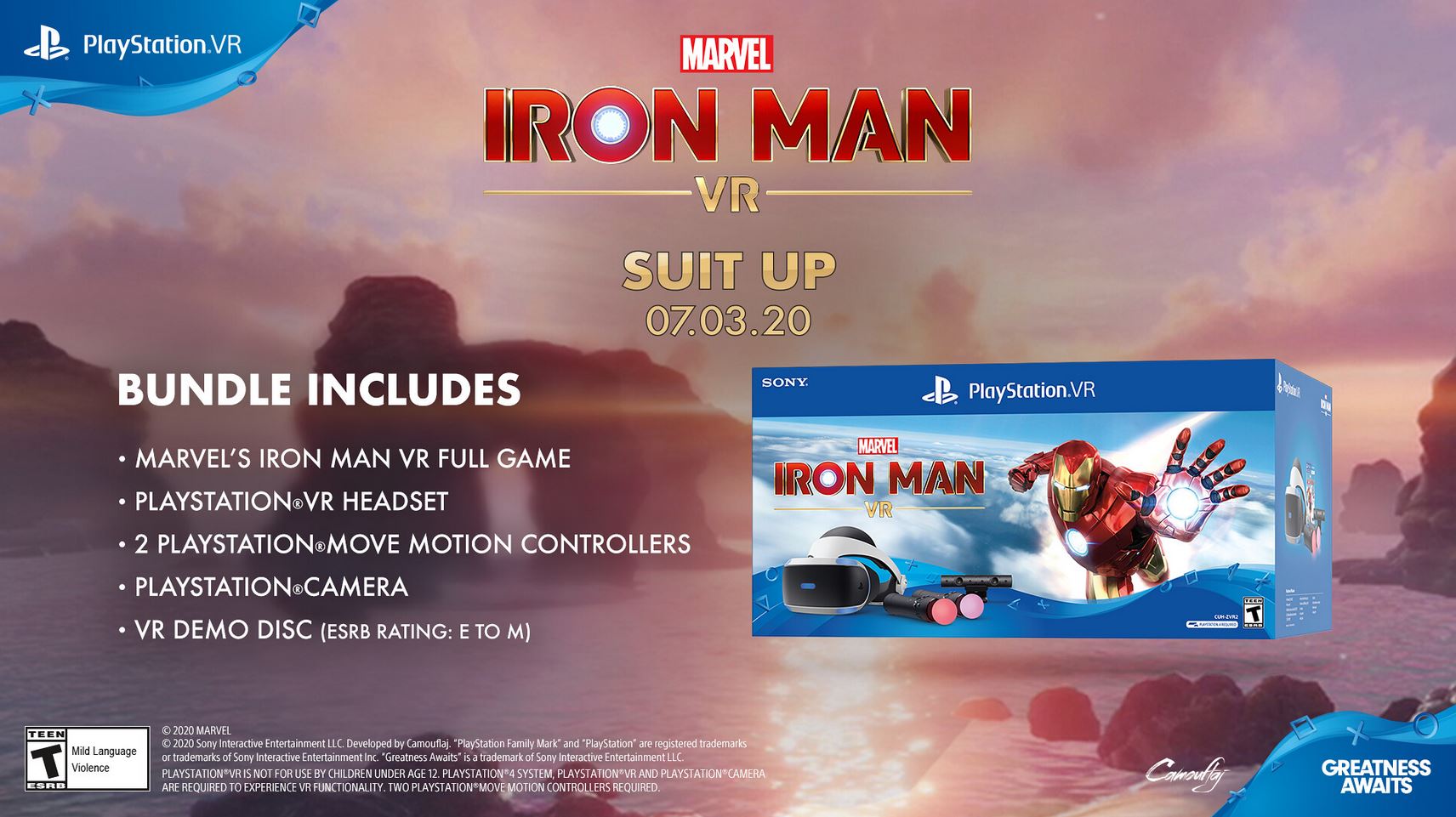 For those who already have a PSVR headset but are on the fence about Iron Man VR, Sony also made an announcement for them today too, revealing that Iron Man VR is getting a free demo. That demo is available today in the PlayStation Store and includes a handful of missions and challenges to play through.

Downloading and playing the demo will net you the Molten Lava Armor Deco when you get the full game, so you’ll get a bonus if you decide you like the demo enough to purchase Iron Man VR. To see a few glimpses of the game in action, check out the new trailer above, but otherwise, those of you with a PSVR headset can download the game today and take it for a spin.