Apple historians may know that before Cupertino settled on going with iOS as the iPhone’s software, it considered adapting the iPod‘s interface and OS to power the now-iconic smartphone, including the MP3 player’s click-wheel. The original prototypes of that software have never been seen before, but frequent leaker Sonny Dickson has managed to get his hands on a selection of screenshots and even video, revealing what was once known as “AcornOS.”

Anyone’s who’s familiar with the iPod Classic or any of the model came before will recognize the UI seen in the images. The top half of the screen features a list of menus that can be scrolled through, just like on the iPod, while the bottom half is made up of a software-based click-wheel, allowing users to make circular gestures on the display to navigate up and down. 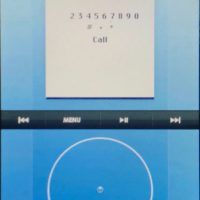 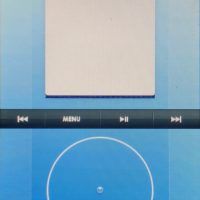 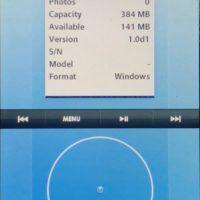 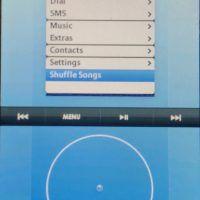 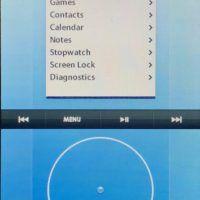 Right through the middle are the familiar Menu, repeat/advance, and play/pause buttons, also straight from the iPod. As for the menu options, along with Music and Photos are a number of phone-related sections, including Dial, SMS, and Contacts.

Dickson notes that the operating system was known internally as “AcornOS,” adding that the footage is in line with an Apple patent from 2006 that describes a multi-touch device with a click-wheel UI.

As for how we ended up with iOS over this, when the iPhone was still in development in 2005, Steve Jobs was considering two options: modifying and expanding the iPod’s software or squeezing OS X into the device. The story goes that the iPod team, led by Tony Fadell, faced off against the Mac team and Scott Forstall. The latter obviously won, leaving what we see here to be forgotten to time.