Reviews, tests, and impressions about the iPhone XS and XS Max are piling up and things aren’t exactly all sunshine and rainbows. While DisplayMate did just crown the iPhone XS Max as the best smartphone display ever and iFixit gave it a passing grade, there are also reports of poor cellular reception and other “papercuts” making early iPhone XS buyers less than amused. The latest benchmark touches on the new iPhones’ battery life and, suffice it to say, Apple’s estimates might have been way too generous.

It was almost comical that Apple even boasted that the iPhone XS would last 30 minutes longer than the iPhone X. When companies make claims about battery life improvements, they often count it in hours, not minutes. But even then, Apple might have been counting in very ideal situations because real-life use might fall way short of that.

Tom’s Guide put the iPhone XS and XS Max through a rather simple battery test. That involves “continuous web surfing” at 150 nits of brightness, with auto brightness and true tone display turned off. The iPhone XS lasted 9 hours 41 minutes while the iPhone XS Max got up to 10 hours 38 minutes.

That would have been impressive if the phones lived in a bubble. They don’t. Last year’s iPhone X lasted 10 hours 49 minutes under those same conditions. Apple’s 2018 iPhones also fell short of other Android flagship, which outlasted the two by at least an hour, sometimes even four. Of course, it’s apples and oranges at times, but it’s still disappointing to see two of the most expensive smartphones fall short of last year’s most expensive smartphone. 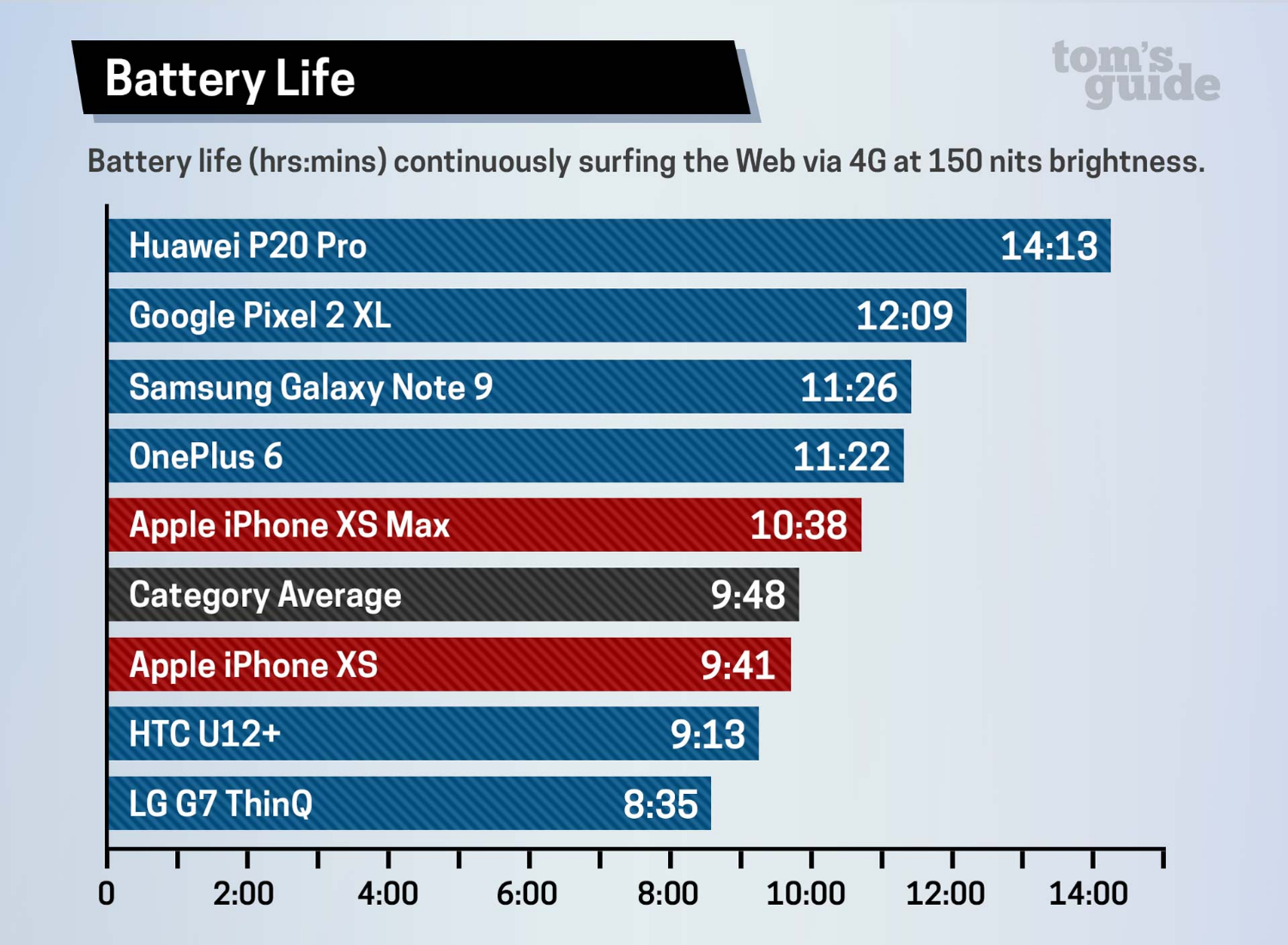 Then again, it might not have been that surprising. A teardown has revealed that the iPhone XS does have a smaller battery than the iPhone X. With more powerful hardware and more demanding software and features, 30 minutes longer life would be close to being a miracle. Then again, Apple is often very good at optimizing its system, so perhaps a battery extending iOS 12 update will address these complaints.