Much of the attention lavished on the iPhone X hasn’t been on the screen as you might expect. Instead, it focused more on the one feature you couldn’t not see but could see you. While the jury is still out on Face ID’s reliability, there are plenty of other iPhone X features to explore. Curiously, the camera hasn’t received as much attention this time around, probably because of how nearly identical it is to the iPhone 8 Plus, which did receive high marks. The good news is that the iPhone X is even better.

There is really just one technical difference between the iPhone X’s dual camera and the iPhone 8 Plus’. Both have the same 12 megapixel wide-angle f/1.8 OIS main camera but the secondary one, which still has 12 megapixels, now has a larger f/2.4 aperture and its own OIS. The front Face Time camera has been upgraded as well, but DxOMark doesn’t test that anyway.

This translates to an even higher zoom score of 58 for the iPhone X, which is only 51 for the iPhone 8 Plus. While the bokeh score of 55 is the same for both models, the iPhone X’s larger aperture and better stabilization result in a more pleasant, but still not perfect blur. 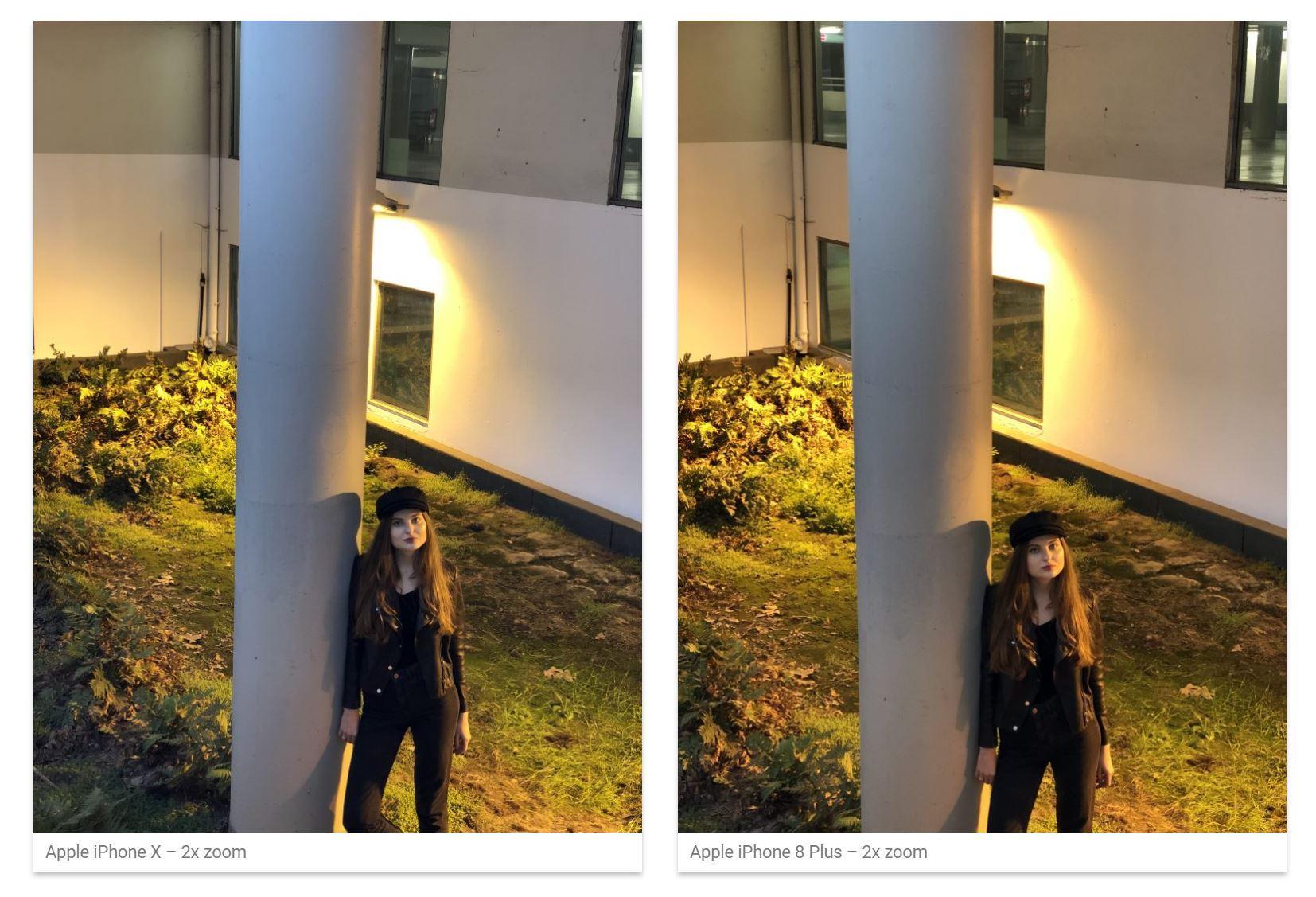 In almost everything else, the iPhone X exhibits the same excellent output as the iPhone 8 Plus. Exposure and white balance are accurate in bright light and detail preservation is excellent even inm low light. While it did have trouble with extremely low light, it still gave something workable.

Sadly, video is something where the iPhone X didn’t excel but at least didn’t do worse either. As always, recording in low light trips up the camera, resulting in underexposed footage. It’s 89 video sub-score is still one of the highest among the newly-tested smartphones and wasn’t enough to pull the iPhone X down from being number two in DxOMark’s list. 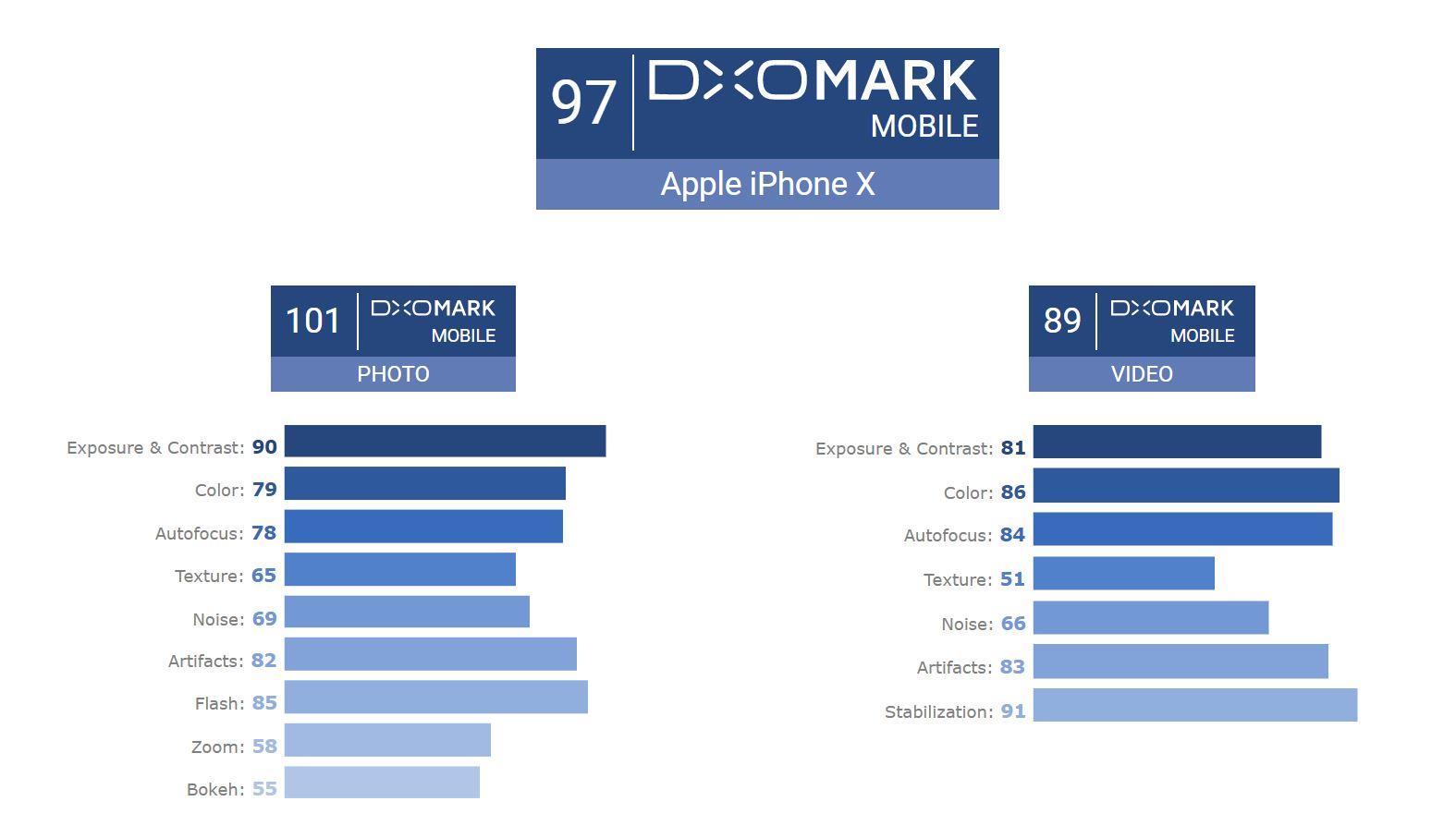