The smartphone industry, in general, has never looked kindly on third-party repair services, let alone replacement components that were sourced outside of companies’ supply chains. Reasons for discouraging or even penalizing unauthorized repairs range from protecting company secrets to protecting the company’s image. Apple has been one of the most notorious opponents of the “right to repair” movement, and its latest unofficial policy involving iPhone 13 screens is unsurprisingly irking the likes of iFixit because of the underhanded strategy to kill the DIY repair market.

Screens are the most used part of a smartphone and are the most exposed to wear and tear. They are often also the ones that get broken the most, especially after accidental drops. It’s no surprise that there’s an industry that has grown around the act of replacing these displays, both first-party or authorized services, as well as smaller third-party businesses. Unfortunately, a lot of the latter might be forced to drastically change course if the iPhone 13 is the start of a new Apple trend.

Confirmed by iFixit as well as other repair technicians, replacing the iPhone 13 screen triggers a check that could cause Face ID to stop working. As long as the replacement was done without Apple’s official tools or software, Face ID will no longer work even if the replacement screen comes from another legit iPhone 13 unit. That’s all thanks to a small chip at the bottom of the screen that pairs a specific display with a specific iPhone. 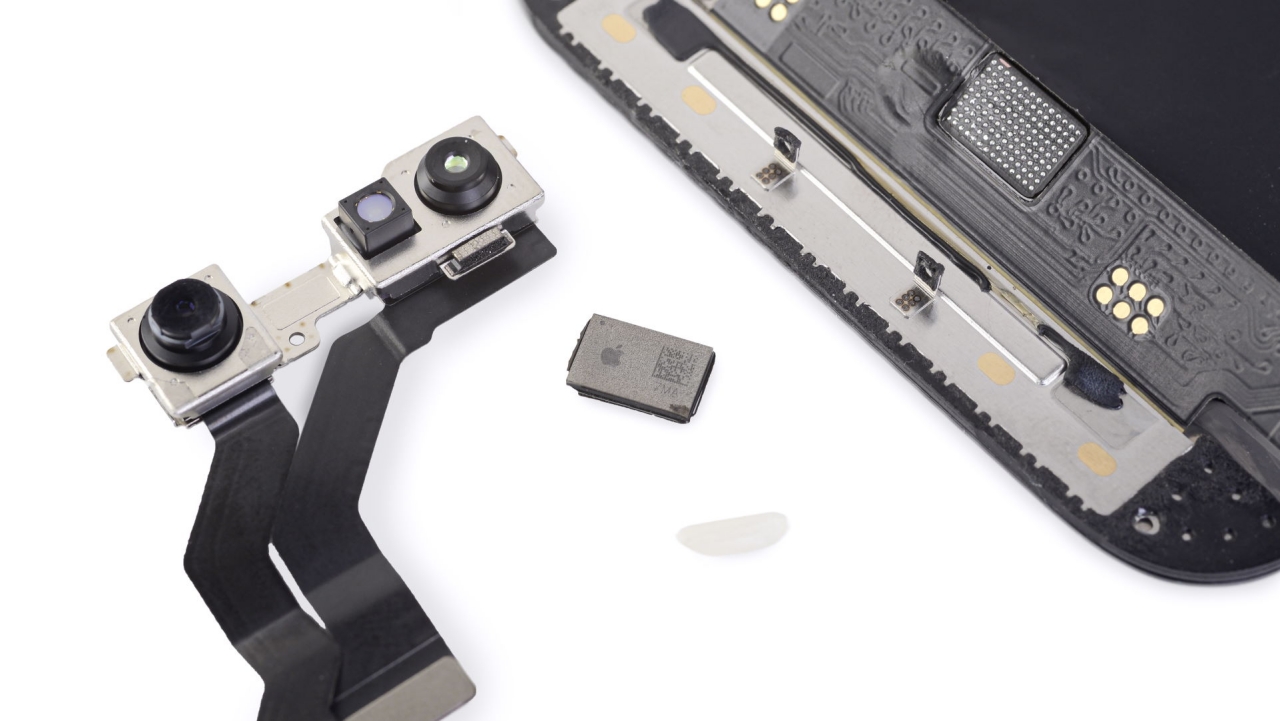 Such “serialization” techniques aren’t new to Apple, but it takes its strangest and perhaps most questionable turn with the iPhone 13. Unlike replacing the Touch ID button, there is no evident technical reason why a display is tied to Face ID, especially on the iPhone 13, where the Face ID components are ironically now separated from the screen. It is pretty much an arbitrary association and one that iFixit says is being abused by Apple to force third-party repair services to either join its restrictive and expensive program or go broke.

There are ways for these businesses to solve that impending crisis, none of them are immediately helpful. They could try to micro-solder that chip between screens, but it’s a painstaking and risky process. They could, as mentioned, become part of Apple’s network, which is what the company would prefer anyway, but those would have already jumped on board in the past if it were not for Apple’s requirements and restrictions. Of course, there is also iFixit’s route, which is to join the fight in pushing the right to repair across different markets and regions.

There is also the small possibility that this Face ID breakage is actually just a bug that the company hasn’t yet addressed. iFixit, however, doubts that and fears that this is really just Apple’s boldest step in making sure it locks everyone into its ecosystem of products and services, including those providing the services.

UPDATE: An Apple representative reached out to us and promised that “A solution will be available in an upcoming software update.” This does confirm the theory that Face ID breaking when an iPhone 13 display is replaced by an authentic panel is really just a bug rather than some nefarious action on Apple’s part. It is still frightening that the potential for that to actually become a feature in the future is there, especially with the possibility of things going wrong because of a software bug, but that’s really just a side effect of this serialization strategy.