Despite the popularity that its iPhone SE models enjoyed, last year’s iPhone 12 mini failed to meet Apple’s expectations. Sales of the smallest iPhone 12 were so low that the company reportedly slashed production by a large percentage. That said, it seems that it isn’t giving up on the mini iPhone just yet and a new leak reveals that it will even stick to the same design in the iPhone 13 mini but with a change that can be immediately seen on the outside.

While Android phone makers seem to be unhampered in expanding the camera bump to any space they can occupy on the back of smartphones, Apple has stuck to its design cues for a few generations now. The wide notch isn’t going away but will be getting smaller and it seems that the square camera bump on the iPhone’s back will still remain square.

For the iPhone 13 mini, however, that will also remain the same yet slightly different. According to a post on Weibo, the phone will still carry two cameras only but their layout inside that bump will switch from being one-sided to a diagonal formation. Aesthetically speaking, this could give the phone a more balanced look, though it remains to be seen if the same can be said of the larger iPhone 13. 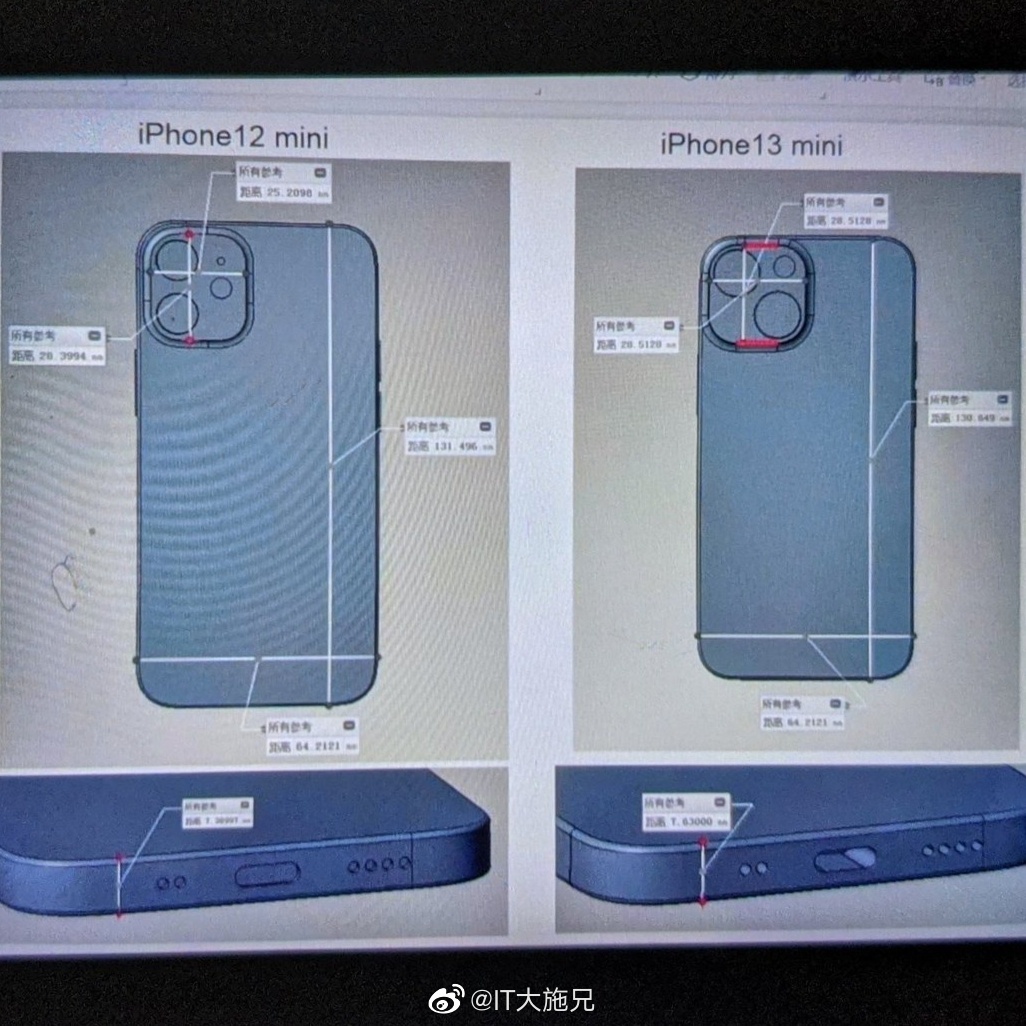 In all other aspects, however, the iPhone 13 mini is expected to be almost exactly like the iPhone 12 mini, down to the 5.4-inch screen. Of course, it will have upgraded hardware inside, mostly a new Apple A14 processor and 5G modem. Those should hopefully address some of the performance and battery life complaints over the iPhone 12 mini.

The iPhone 12 mini’s disappointing market performance was rather surprising and put into question the chances of yet another “iPhone Lite” this year. Apple seems to still be trying to find the sweet spot for such a phone and might continue to tweak specs, performance, and price until it finds something that consumers will be willing to pay for.