Just when face recognition was shaping up to be the de facto biometric security system for smartphones, the world was hit with a pandemic that required people to wear masks most of the time. That threw off many face recognition systems, including Apple’s advanced Face ID. Rather than return the Touch ID fingerprint sensor to the iPhone, Apple applied workarounds while working on a more permanent solution. The latter could be coming soon, maybe even on the iPhone 13, and would let Face ID recognize you even when your face is mostly covered by face masks and foggy glasses.

Like most face recognition systems, Face ID was designed to study and recognize a person’s full face, with or without glasses. Face masks already messed up that system, and glasses that fog up due to those masks made matters worse. One of Apple’s temporary fixes was to actually just use an Apple Watch to unlock an iPhone when Face ID failed, relying on an accessory that not all iPhone owners might have.

The long-term solution, of course, is to upgrade Face ID to be able to “see through” those masks and glasses. Jon Prosser of Front Page Tech fame reveals exactly that solution being tested among Apple employees. Apple has apparently asked its workers to enroll their faces without masks and then test the new Face ID system while wearing masks in order to be better fine-tune the software for those scenarios. 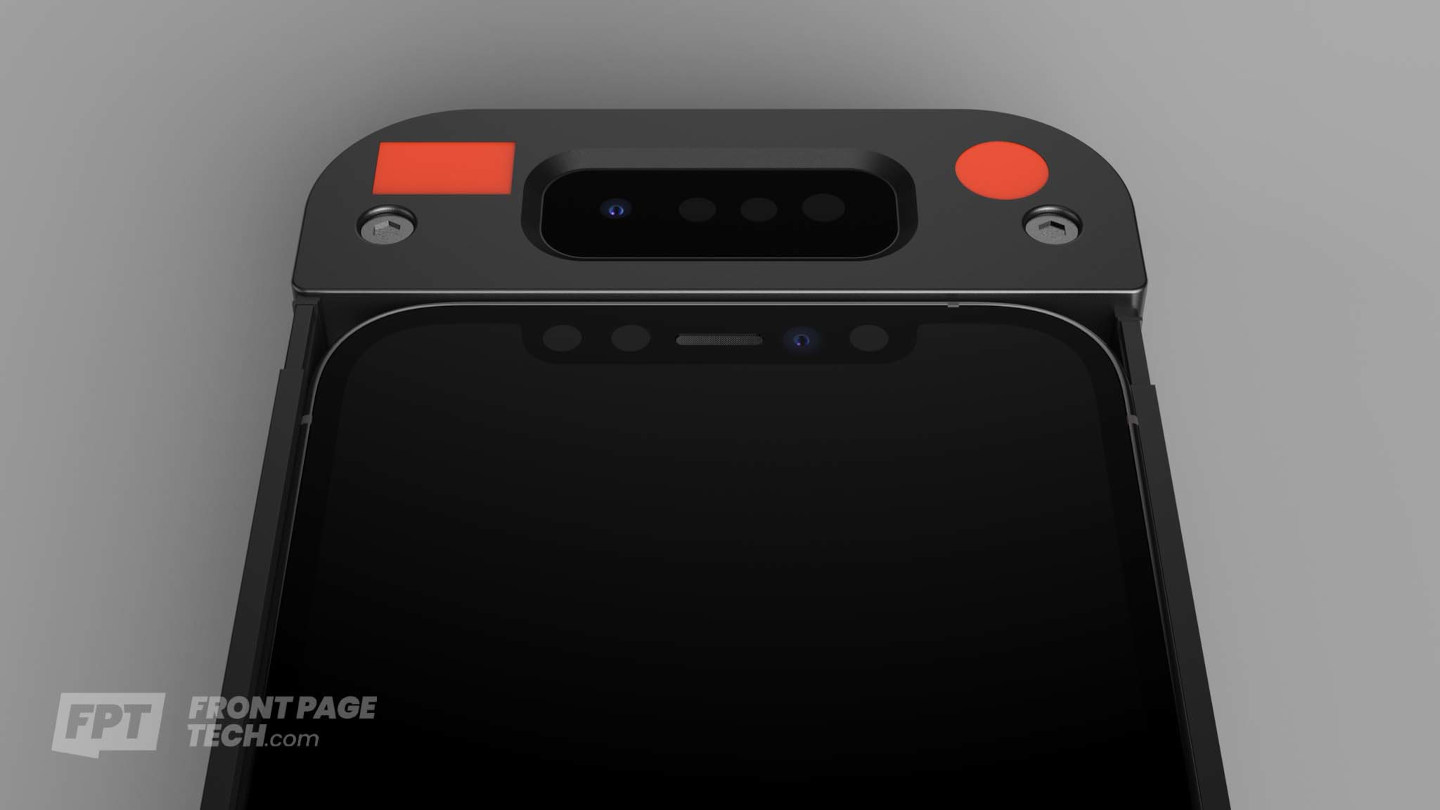 What makes the test a bit more interesting is the prototype case being used for that purpose. Since Apple needs loads of data, it has created a special case that can be used on the iPhone 12 to bypass that phone’s built-in Face ID hardware. Interestingly, the sensor array used in that case resembles the ones expected to be housed in the iPhone 13’s slimmer notch.

Software updates can push this new feature to users of it's not ready by launch here soon 🤙 https://t.co/k01gy69wFs

According to Appleosophy’s McGuire Wood, this prototype is the same one that will be used on the iPhone 13 later this year. No new or modified hardware is required, and a software update might be all that’s needed for Face ID to finally work again, no matter what’s on your face. The iPhone 13 is expected to debut on the second week of September, so we’ll find out soon if that will really be the case.