Apple’s iPad mini is here, and the family resemblance is clear. Slotting in-between the 9.7-inch iPad and the 4-inch iPod touch, the new 7.9-inch iPad mini further closes the ranks of the Apple mobile range, and we wasted no time grabbing some hands-on play following its breathless unveil in San Jose this morning. Read on for some first impressions.

The design is slick and cohesive, with the unibody aluminum back plate curving sinuously around and meeting the glass fascia: everything about the aesthetic emphasizes the relative simplicity of those two halves, though there’s obviously plenty of engineering gone into making them work together. At first glance, the narrow side bezels look somewhat odd, but they make far more sense when you actually pick the iPad mini up. 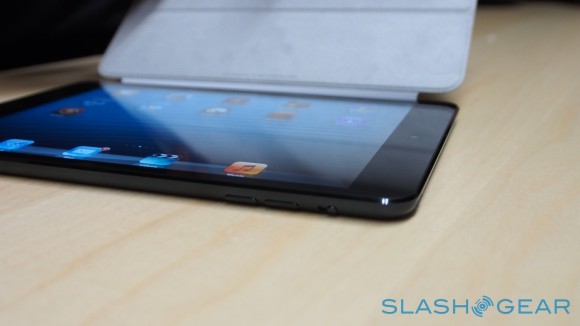 You can grip it comfortably in one hand, fingers wrapping around the edges just as we’ve praised Amazon’s Kindles and other small ereader tablets for in the past. That, together with the relatively light weight compared to the full-sized iPad, means holding the iPad mini one-handed for extended periods should be comfortable. 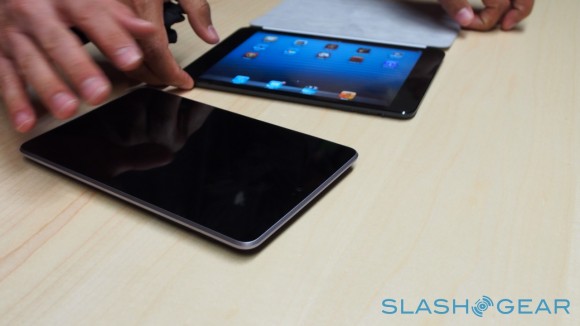 The resolution may be the “old” 1024 x 768 of the original iPad and iPad 2, but it’s squeezed into a smaller screen, so individual pixels aren’t so noticeable. Viewing angles are as broad as we’ve come to expect from an IPS panel, and iOS 6 doesn’t look too cramped, either. Steve Jobs may have been scathing about “tweeners” in the past, but – perhaps unsurprisngly, given iOS is also used on the far smaller iPhone and iPod touch – it works just fine on the iPad mini. 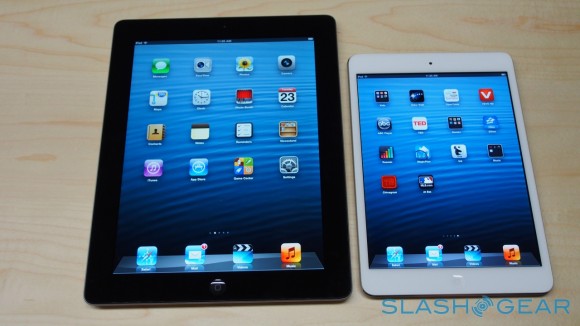 Apple didn’t dip under the $300 mark as many hoped, but the premium materials – versus the more common plastics of Android slates – do help differentiate the iPad mini some. Those already invested in the iOS or OS X ecosystem will obviously have a vested interest in opting for Apple’s smaller tablet, too. We’ll know more when we have a chance to play with a review unit, but for now the iPad mini is ticking plenty of the boxes we were hoping it might. 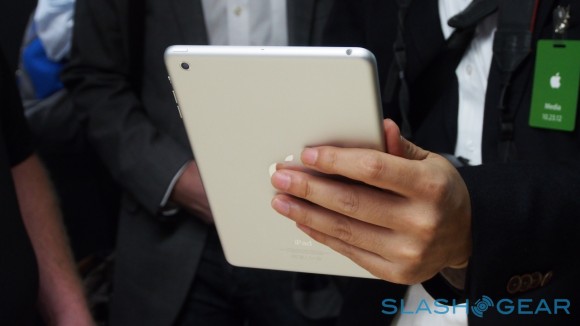