iOS 9.1 Jailbreak is here – Some things you need to know [UPDATE]

At one point in the not so distant past, bending over backwards to free an iPhone or iPad from its shackles was the hip thing to do among power users and non-conformists. While it still has a faithful following, jailbreaking iOS devices has fallen slightly out of fashion, partly due to Apple including features once only possible in jailbroken devices. The process of creating jailbreaking tools has also become a lot harder, which is reason enough for fans to celebrate Pangu’s release of the latest Jailbreak for iOS 9. But before you go on this daring adventure, here are a few things to keep in mind first.

1. You are exposing yourself to hackers

By nature, jailbreaking, and even rooting on Android, requires exploiting security holes in the operating system. The only way to raise a user’s privileges to near-god status would be to take advantage of bugs and holes and keep those holes open. While it does afford some level of finer control, it also leaves the door open for malware and hackers, as has already been proven in the past. Users who jailbreak their devices need to be even more vigilant when installing apps from third party sources, something most regular users will probably prefer not to worry about in their everyday use of a mobile device. 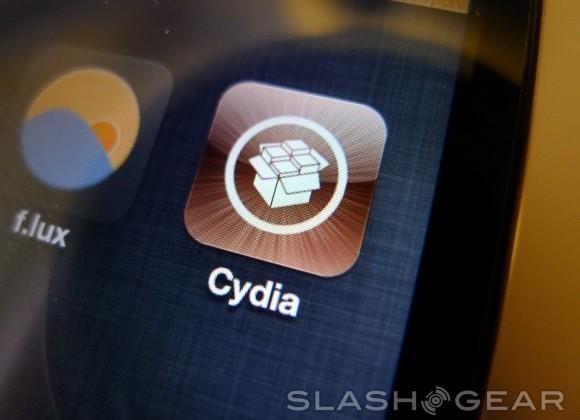 Although long awaited, this jailbreak release is also somewhat disappointing for jailbreakers. The reason is that, considering the progress of mainline iOS itself, the coverage is terribly outdated. It only supports iOS versions 9.0 to 9.1 and nothing earlier or later. That’s because the exploit used to gain admin access into iOS only exists on those two versions. Apple has already plugged up that security hole in iOS 9.2, which was released last December.

This practically means that the number of supported iPhones and iPads is quite low. They have to be running on a 64-bit processor, which is true for most recent devices anyway. However, they shouldn’t be running on the latest iOS version. And no, downgrading from iOS 9.2 to 9.1 won’t work either.

3. Upgrading a jailbroken iPhone will un-jailbreak it

Say you do meet the requirements above and have successfully jailbroken your iPhone or iPad. Congratulations and welcome to the brave new world of possibilities! Now you have to make sure you don’t upgrade to any more recent version of iOS until the next Jailbreak supports that version. Upgrading practically wipes any traces of jailbreaking and, as mentioned earlier, plugs up security holes that have been exploited to make the jailbreak even possible.

This has two implications. The first is that you aren’t going to receive any security fixes, even critical ones, until you upgrade to a new jailbreak. Then again, jailbreaking already exposes you to more security threats anyway. Secondly, you might be missing out on the new features that might arrive in new iOS versions. But, again, considering how jailbreaking is meant to supply some of those features and more, that might be a non-issue.

Pangu hasn’t exactly confirmed it yet, so this is still practically conjecture. The jailbreaking community has been waiting for a tool for the latest iOS version, iOS 9.2 to be exact. What Pangu, released, however, stopped at 9.1. Later this month, we are expecting iOS 9.3 to be announced. Considering the timing, it might make more sense for hackers and developers to focus their efforts on the upcoming version rather than eternally playing catch up. Granted, iOS 9.3 will most likely be even more hardened than iOS 9.1, especially considering Apple’s situation with the FBI. Should Pangu and others follow this route, it would give jailbreakers the best of iOS 9.3’s upcoming features as well as the freedom of jailbreaking. And if so, users might want to hold off on jailbreaking their iOS 9.1 device, unless they really need to do so now.

There was a time when many iPhone and iPad users were so dissatisfied with their experience that jailbreaking was more than just a hobby. Apple, however, has constantly improved iOS to the point that many of those advantages have been rendered moot. Widgets? Sharing between apps? Replying to messages right from the notification? Split screens? And even a night-time shading? Yes, Apple has addressed all those in version after version of iOS. Even some game emulators no longer require jailbreaking. Each release, Apple is not only making it harder and harder to find exploits to jailbreak iOS, it is also making jailbreaking less enticing.

Given all of the above, is it still worth going through hoops to jailbreak your iPhone or iPad. As always, that depends on what kind of user you are, or if you have devices to spare. There are still a good number of tweaks available only through jailbreaking, options that Apple will most likely never add to iOS. Things like deep and very personalized customization options, access to the file system via a file manager, developer tools like SSH, and more. These might still be worth the effort in getting your device jailbroken.

Just as iOS has evolved to be come easier and more powerful to use, jailbreaking too is no longer an esoteric and risky process. An easy to use tool is available that takes you through the entire journey step by step. One should, however, still take care to backup his or her data, as jailbreaking will wipe the device and start with a clean slate. It is also recommended to disconnect any Bluetooth paired devices, like the Apple Watch, during the process. Should jailbreaking fail, users will have no choice but to upgrade their device to iOS 9.2, which practically closes the jail’s doors on them. UPDATE: To expound on this bit: Apple has stopped signing iOS 9.0 and 9.1 images since last year. This means that, should anything go awry, it will be impossible to go back to those versions of iOS 9 as they are no longer available. In short, this iOS 9 jailbreak is a one-time adventure. If it fails but once, users will have to return to the default and official iOS version, which is iOS 9.2.1 at the moment. Thanks, Tan, for emphasizing that point.

Should you and your device survive the journey, however, a whole new world of tweaks and apps will be available to you. It all comes at a price, of course, but for some who live their lives on the edge, those are risks worth taking.