Apple recently promised to roll out a “Battery Health” feature in iOS that will offer transparency on the state of an iPhone’s battery health and any performance impacts it may be having on the handset. That feature has arrived in the iOS 11.3 beta 2, giving the public their first look at the feature before it arrives on all iPhones.

This feature addresses criticism Apple faced over its lack of transparency regarding performance throttling on certain older iPhones. At the heart of the issue is decreased battery peak power in addition to a decrease in capacity, reducing the peak power levels available to the iPhone. This is problematic, Apple explains, because the iPhone may require a peak power level the battery is no longer able to provide. 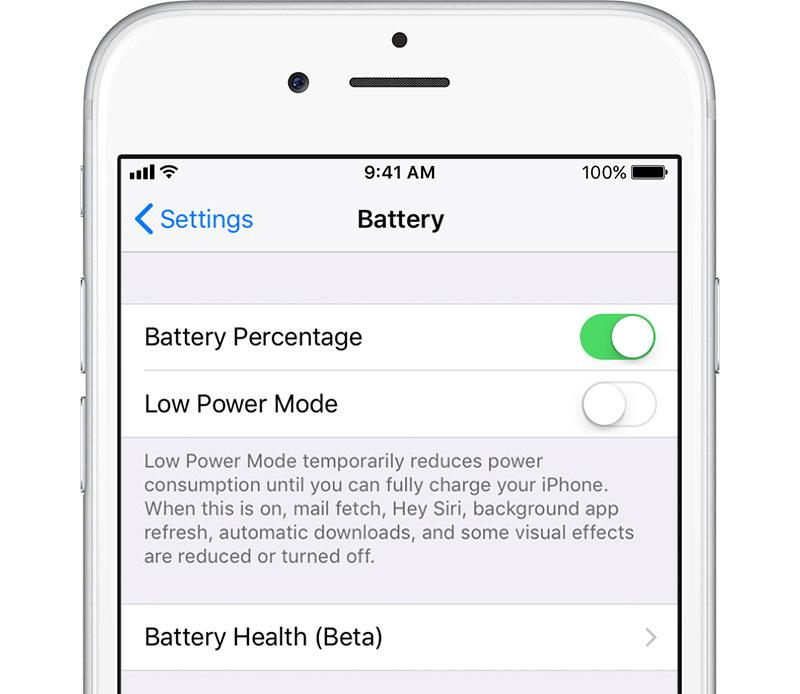 To avoid this issue and spontaneous shutdowns, Apple began reducing an iPhone’s performance so that it never exceeds the peak power abilities of its aging battery. However, users were largely unaware of this performance throttling, leaving them at times frustrated with slower handsets and no clear way to speed them back up. The criticism over lack of transparency on the matter prompted Apple to announce an upcoming feature that will reveal an iPhone’s battery health and related performance. 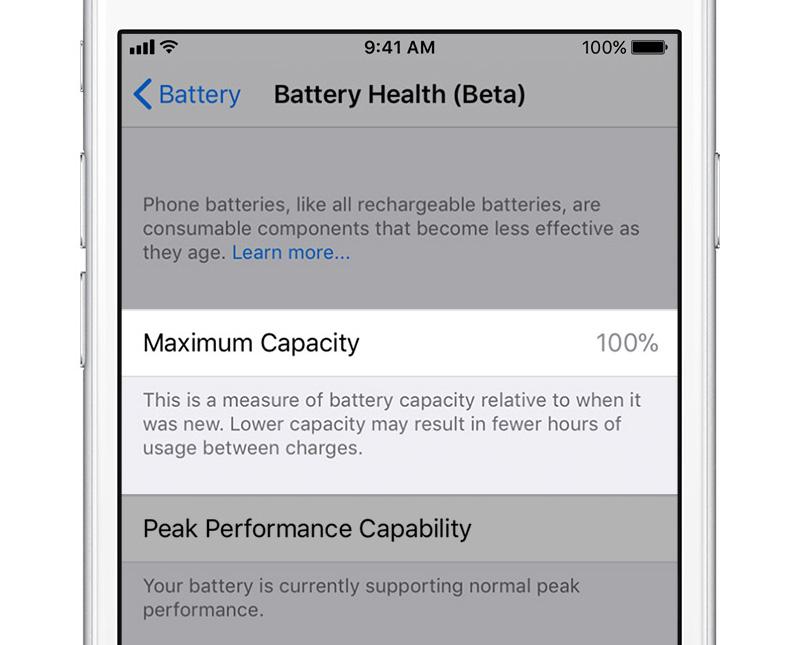 That feature, simply called “Battery Health,” is available now in iOS 11.3 beta. Here we have a look at that feature, including its various menus and options. With it, users can view their iPhone’s battery health via a percentage that shows the battery capacity remaining relative to when it was brand new. As well, users can view the battery’s peak performance capability.

When the battery is new and for awhile afterward, the battery is able to support normal peak performance levels, which Apple notes in the Battery Health menu. However, over time that peak performance will decrease. Once that drop hits a certain level, the phone will experience a shutdown. Upon happening, users will see a different message in the Battery Health menu’s Peak Performance Capacity, one that reads:

This iPhone has experienced an unexpected shutdown because the battery was unable to deliver the necessary peak power. Performance management has been applied to help prevent this from happening again. Disable… 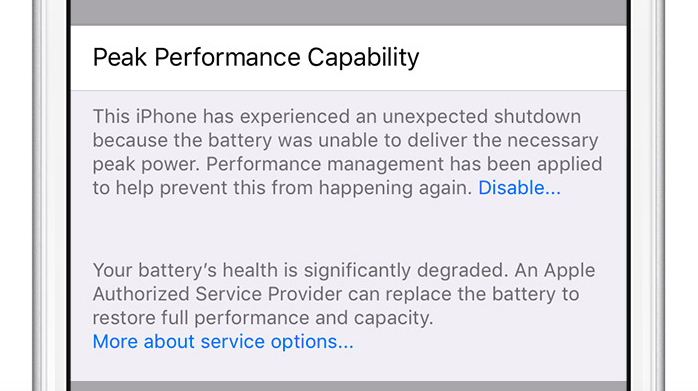 Apple warns users that if they turn off performance management, they won’t be able to turn it on again, though it will automatically turn back on the next time the iPhone shuts down due to battery power issues. When that happens, the user will once again be able to disable the management feature if they want, but it’ll probably only be a matter of time before another shutdown happens.

iPhone owners may see other messages displayed in the Battery Health section, namely a warning that the system can’t determine the battery health status, that the management feature has been manually turned off, and that the battery’s health is “significantly degraded” when applicable. The feature will be available for everyone with an iPhone 6 or later.