Wouldn’t it be great if there was a device that automatically backs up important data from your iPhone every time you charged it? A solution may be the Iomega SuperHero iPhone backup and charger that’s designed to let you easily backup your contacts and photos directly to an SD card without the hassle of connecting to iTunes on your computer. This makes the backup process as easy as setting your iPhone onto a charging dock.

The Iomega SuperHero has a sleek brushed aluminum base in tune with your iPhone’s form factor measuring about 3.5 x 3.5 inches and roughly three-quarters of an inch tall. The power supply port and a SD card slot are on the back, a black padding material covers the bottom, and the docking cradle sits on top towards the front. 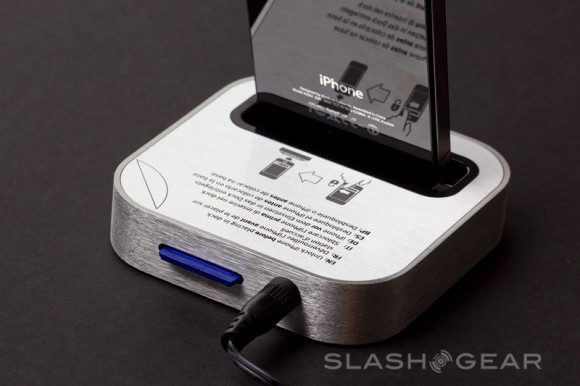 The dock is compatible with the iPhone 4, iPhone 3Gs, iPhone 3G, and the iPod Touch. A 4GB SD card is included with the device along with the basic power supply cable and a Quick Start Guide. Hardware-wise, there’s not too much to talk about and it visually satisfies the minimalist aesthetic. Note that the instructional sticker was not peeled off in our product shots. 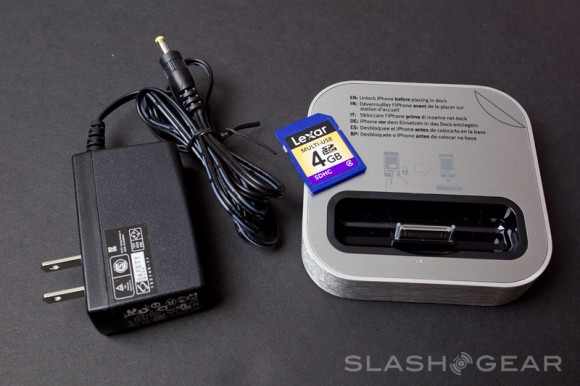 For the software, you will be prompted to download the free SuperHero Backup app from the iTunes Store. The app features are straightforward—back up and restore Contacts, Photos, or both. Unfortunately, contacts and photos are the only things that can be backed up using the Iomega SuperHero. Music and videos must still be backed up using iTunes. 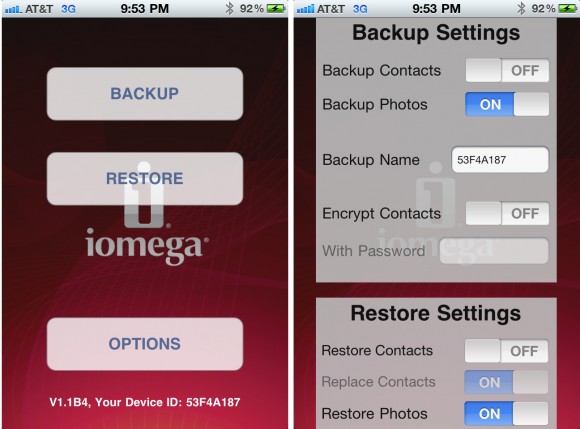 When you are ready to use the device, make sure to unlock your phone prior to setting it on the dock. However, it is not necessary to turn on the SuperHero Backup app because your phone will automatically launch the app after 30 seconds when it detects the dock.

The problem with the Iomega SuperHero is with its slow transfer speed. Backing up four photos from my iPhone 4, took nearly 20 minutes, and about twice as long when I tried to restore them. The app also does not support multi-tasking, meaning any backup or restore sessions will be interrupted without the ability to resume if a call comes in or if you exit the app accidentally. Only music can run in the background while a backup is in progress. 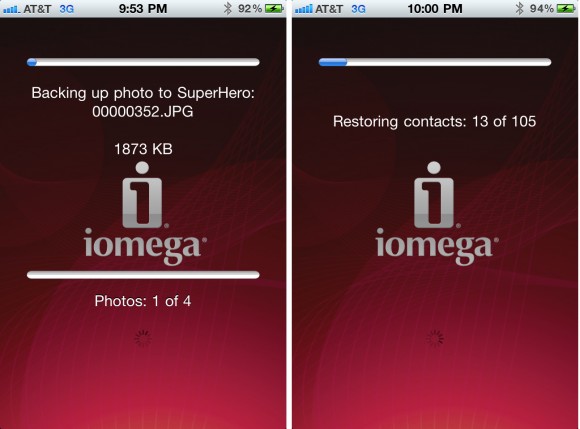 When contacted about the crawling backup speeds, Iomega explained that the problem has to do with Apple and its iAP protocol. Apple’s iAP (iPod Access Protocol) limits the current speed to about 6KB/sec. This protocol is needed for any access to the phone without iTunes and a computer. Apple has recently allowed a significant boost in performance but the change won’t happen until later this year. When implemented, performance is expected to increase about 10x the current speed.

For the backup-challenged, the Iomega SuperHero may be a good hassle-free way to ensure regular backing up of your contacts and photos. There’s no need to turn on or connect to a computer, you simply set the phone on the dock and the process begins. However, the current backup and restore speeds really cripple the device. If you truly cannot force yourself to regularly backup via iTunes, then paying $70 for this device may be worthwhile to ensure that at least your contacts and photos are protected from loss. But even then, you will be faced with a long painful wait when backing up photos. And if you expect the device to backup other things such as music, videos, apps, or notes, and do it quickly, this device will leave you sorely disappointed. The Iomega SuperHero as it is right now with its limited speed and file types can only supplement but not replace a traditional backup via iTunes.