One of the big dangers facing some protected and endangered species in Africa is poachers. To help detect and stop poachers before they kill animals, a company called Resolve has unveiled a new Trailguard AI camera. That camera uses Intel-powered AI technology that allows the detection of poachers entering wildlife reserves in Africa.

These cameras can detect and alert park rangers in near real-time to stop poachers before they kill endangered animals. The TrailGuard AI builds on anti-poaching prototypes that were funded by the Leonardo DiCaprio Foundation and National Geographic Society.

The camera uses Intel Movidius Vision Processing Units for image processing and runs deep neural network algorithms for object detection and image classification inside the camera. When the camera detects humans among the motion activated images it records, it automatically alerts park personnel. That allows the mobilization of rangers before animals are harmed. 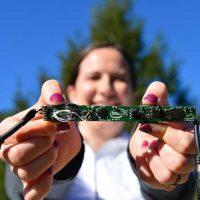 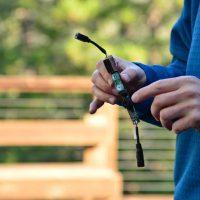 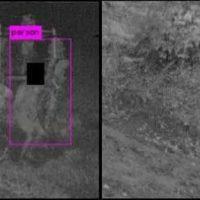 TrailGuard AI can limit false-positives instead of alerting rangers each time motion is detected, alerts are only sent when movement is identified along with a human. The camera also has a long battery life able to operate for up to 1.5 years on a battery. The camera is also small and easy to hide at roughly the size of a pencil and eraser.

Resolve says that an elephant is killed every 15 minutes by a poacher leaving 35,000 elephants dead each year. The fear from conservationists is that within a decade all the elephants will be gone. Other animals are commonly poached as well including rhinos, gorillas, tigers, giraffes, antelopes, and wildebeest.