Instagram has introduced a new feature primarily targeted at the young users on its platform who face bullying from other users. The company plans to start testing ‘Restrict,’ a feature that enables users to shadow ban bullies without alerting them to the change. Instagram has also introduced a new prompt that aims to reduce nasty comments from bullies.

According to Instagram, the company’s existing features, including blocking, aren’t suitable for some young users due to the stress it may introduce into their real lives. Teenagers may avoid blocking bullies because those bullies go to the same school, as one example, and will be aware of the fact they were blocked. 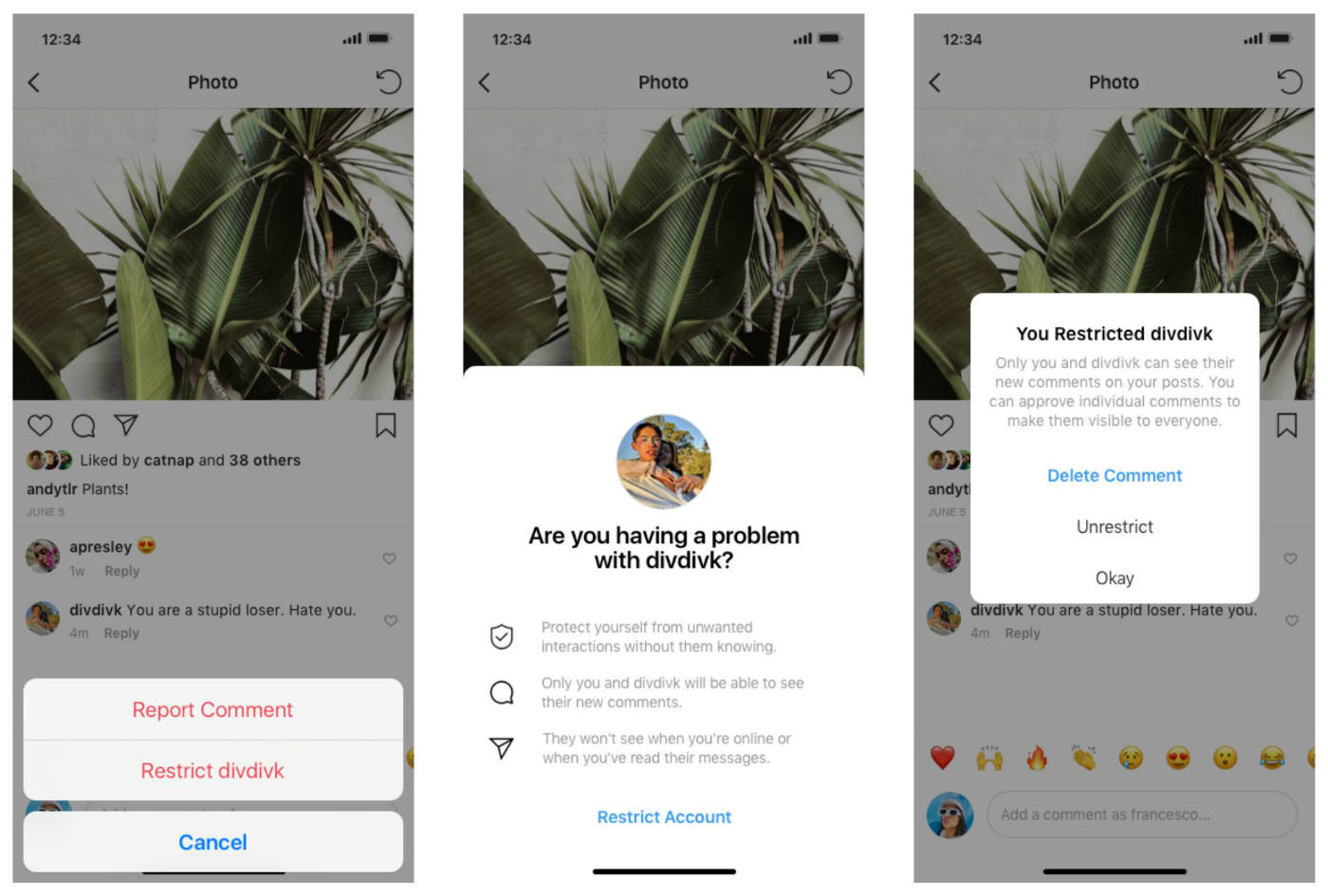 Shadow-banning is the ideal alternative — it enables users to quietly block a user’s comments from showing up, but they’ll still be visible to the bully, which means that user likely won’t realize they’ve been shadow banned. This prevents other users from seeing the toxic comments and deprives the bully of the attention they seek.

Instagram users who restrict a follower will have the option to manually approve their comments, adding to the stealth aspect of shadow banning by making sure that acceptable comments still show up. The company says it plans to start testing this feature ‘soon.’

In addition, the company has started rolling out a new feature that uses artificial intelligence to detect when someone is attempting to post a negative comment. When one of these comments are detected, the app will give the user an alert stating their comment may be offensive, encouraging them to change it before publishing.