It started out with 360-degree camera accessories for smartphones but Insta360 is now all grown up and is ready to play in the big leagues. By big leagues, we mean those studios and content creators that require “professional”, and therefore expensive, rigs to perform their video or photo magic. Taking their hard-earned lessons and technologies from consumer products, Insta360 is introducing the Titan with its eight, yes eight, micro four-thirds cameras.

Most 360-degree cameras are limited by their size and their price. Those that have to connect to smartphones often have to be small. Plus, they also have to be affordable to most consumers. As such, many are forced to use pretty much the same camera sensors that smartphones have, sometimes even worse. 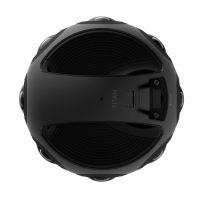 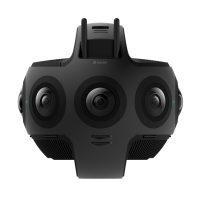 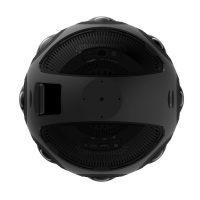 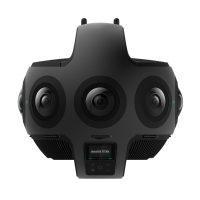 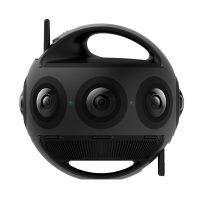 But when you remove those considerations, you get something like the Insta360 Titan. It’s definitely large, but that allows it to hold eight large micro 4/3 sensors, pretty much the same kind you’d find in professional digital cameras. That’s like having eight of those to capture everything around it. With those sensors, the Titan is able to shoot video in 11K monoscopic at 30 fps, 10K 3D at 30 fps, or 11K 360 photos as well. And with 10-bit color support, the Insta360 Titan captures more color and exposes a wider dynamic range than most 360-degree cameras in the market.

If the 11K video wasn’t enough to get creators excited, the Insta360 Titan also possesses the wealth of features that have helped the company leave its mark in the market. FlowState Stabilization, for example, delivers the same smooth recording without the use of gimbals that bulk up the camera. Farsight live monitoring lets you control and see what the camera sees even from afar. And CrystalView playback renders in real-time only what the viewer is really watching, disregarding the footage that happens outside the field of vision.

From the preamble above, you probably expect the Insta360 Titan to be quite expensive. Sadly, it doesn’t disappoint in that regard either. Reservations are now open, with a shipping date set for April, but you or your studio will need to set aside $14.999 to get a piece of that 11K 360-degree experience.