Insta360 ONE X2: cramming a camera crew in your pocket

You’d think that, with everything that’s going on with this pandemic, there’d be fewer uses for action cameras and 360-degree shooters. On the contrary, there has instead been an uptick in interest in these devices as people discover and create new ways to create and record memories. From the sometimes drab video conferencing to live streaming at home to capturing footage of a somewhat different world, there is probably no better time than before to always have a camera at hand, ready to shoot at a moment’s notice, without having to worry about perfect angles and staging. And for that, Insta360’s new ONE X2 camera gives you everything you need, including the crew.

Design: That “One More Thing”

How far can you take the design of a pocket-sized 360-degree camera? Not that far, to be honest, which isn’t a shock considering how much, or how little rather, you can squeeze in such a small box. It’s almost a miracle, then, that Insta360 was able to cram so much inside the new ONE X2 while keeping its small, convenient body almost the same.

There are differences, of course, some of them more subtle than others. There is, for example, a more visible separation between the front and back and side edges of the camera, the latter sporting a different texture that gives it a better grip. At least for those times you’ll be holding the ONE X2 yourself. 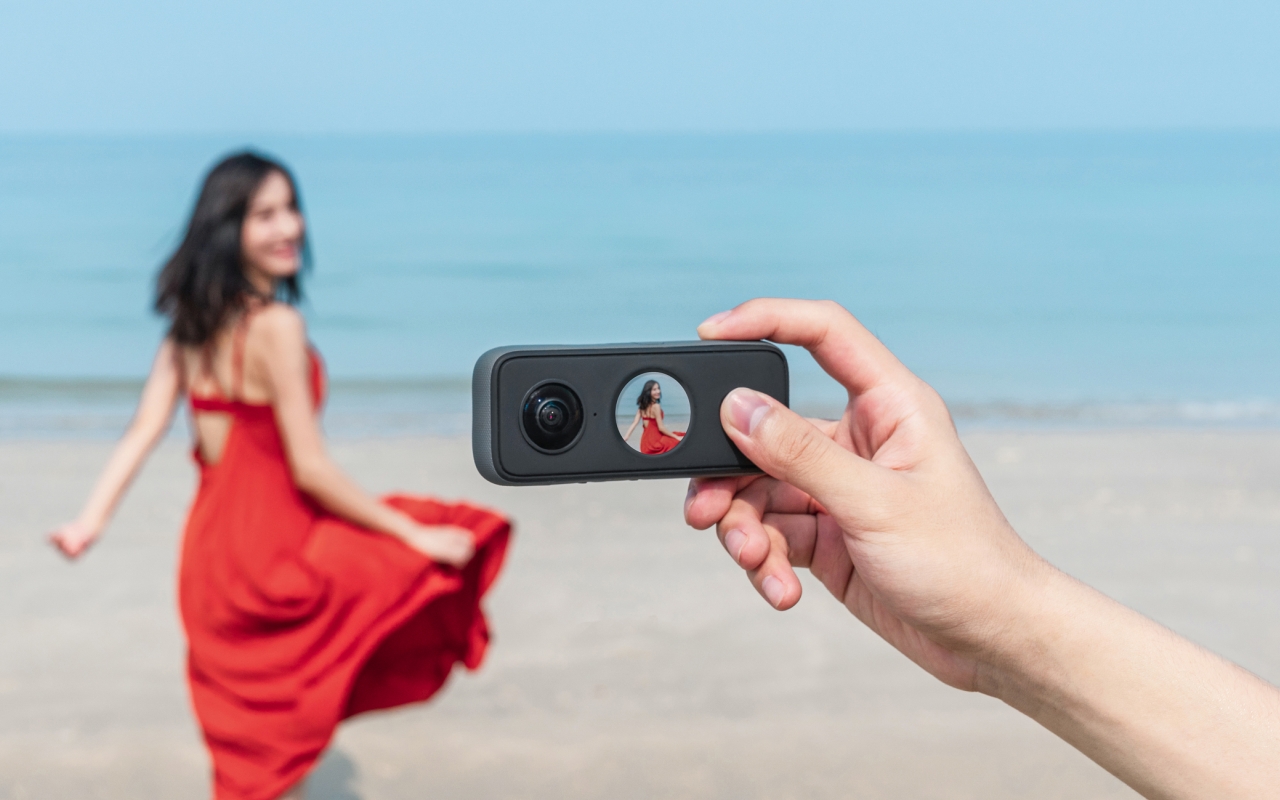 The biggest difference between the original and its successor is the circular display. A mere window for settings and status indicators on the first ONE X, that screen has been transformed into an ultra-bright, high-def touch screen that gives you a preview of what the camera sees in 360 degrees. That should make it easier to check things while you shoot but the idea behind the Insta360 ONE X2 is that you shouldn’t have to worry about that anyway.

Hardware: It gets better

The outside might not have changed much but, as they say, it’s the insides that count. Here we see some of the biggest upgrades in the camera while retaining its ability to record crisp and clear 5.7K 360-degree videos.

The battery is larger, for one, allowing you to use the camera for 80 minutes before needing to recharge the 1630 mAh pack or replace it with a fully-charged one. There are also four mics that make sure you won’t be holding the camera wrong and still get clear audio. A future update will bring ambisonic recording capabilities, too.

With an IPX8 rating, the ONE X2 is now also waterproof, ready to take underwater shots down to 10 meters without a case. That said, Insta360 warns that water refraction messes up stitching and causes some blurriness so you might want to invest in a Dive Case later on if that’s your thing. 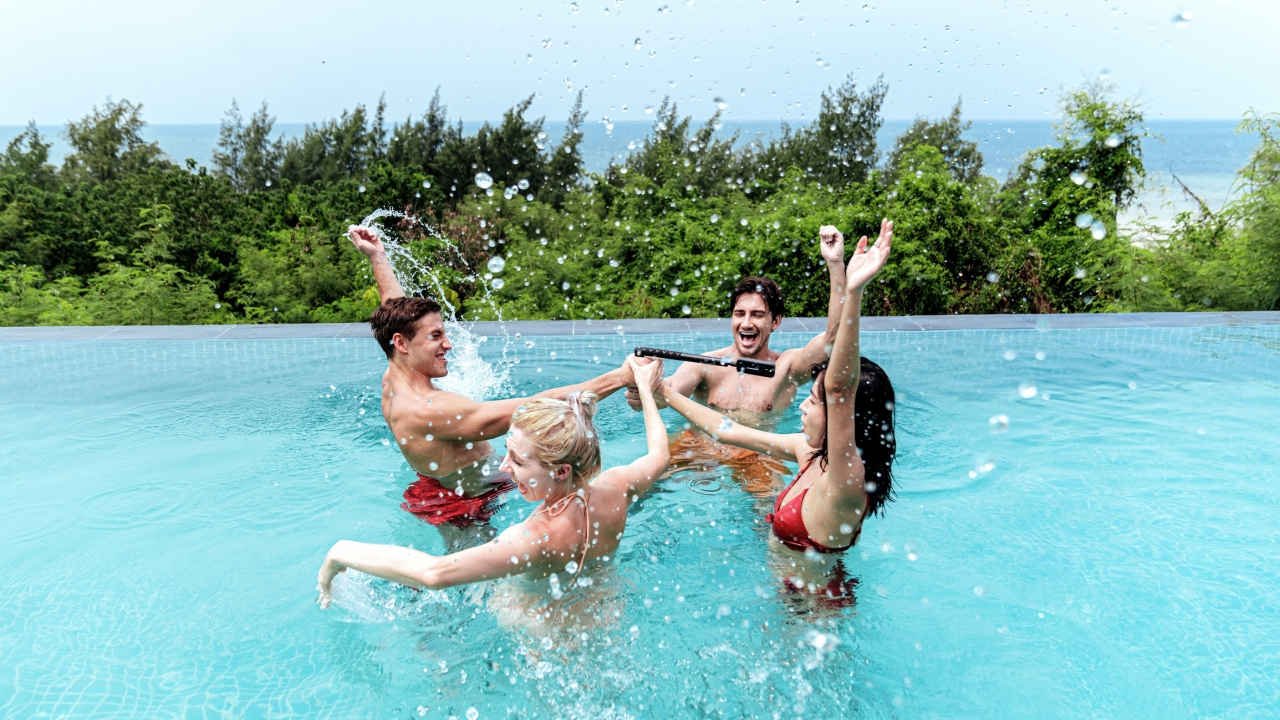 To say that the Insta360 ONE X2 is loaded with features would be the understatement of the year, and that’s referring only to features that have long been available on the company’s 360-degree cameras for years. The magical Invisible Selfie Stick won’t make you look silly while you hold the camera a few feet away from you. TimeShift hyperlapse with the new Freeze Frame feature that slows down the video so you can reframe it at a different angle makes you look like a master of both time and space.

There are also the staples that have put Insta360’s name on the map, like the impressive FlowState stabilization that uses software to do what others need hardware gimbals for. With a tap on the screen or a voice command, Deep Track 2.0 will track any subject without actually making you do it by hand, letting the Insta360 app and Studio software do the work for you.

The ONE X2 isn’t stuck in the past, though, and there are plenty of new features to explore as well. Even without fancy and expensive hardware, PureShot uses DNG raw data to achieve in just a single shot what HDR does with multiple ones, reducing noise and preserving detail even at night. Not sure how to best angle a shot? Since you’re capturing in 360-degrees anyway, just record it all and let Auto Frame select the highlights for you.

Insta360’s products have always been two-men teams, with the camera capturing as much data as possible for companion mobile or desktop apps to process and render later. The ONE X2 is certainly no different but it does have one new trick up its sleeve. Leveraging the power of AI, the app’s new Shot Lob offers one-tap templates to instantly transform your footage into something that seems only possible with a camera crew or a drone. 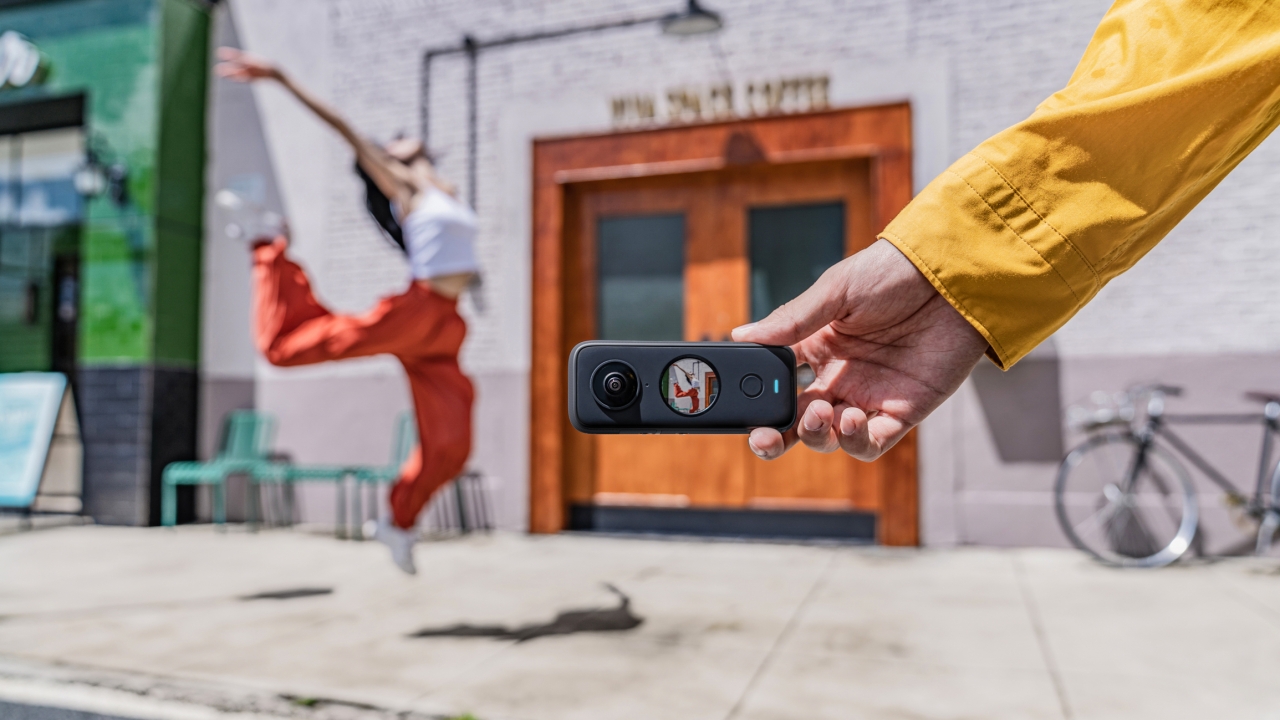 Drones are admittedly controversial these days but with Shot Lab’s Fly Lapse and a selfie stick, you can create the same effect without the hassle or the expense. Think the world needs more of you? Shadow Clone and Clone Trail create illusions that will blow minds. And just in time for Halloween, Ghost Town removes everyone from your timelapse to create a scenic but probably eerie atmosphere.

A Use for Every Occasion

360-degree cameras are often associated with the great outdoors, wild parties, and scenic views. The Insta360 ONE X2 definitely has those covered, especially with its 5.7K 360-degree video capture and InstaPano mode that helps remove the physical strain from shooting panoramas. It isn’t, however, limited to those use cases and has modes that are especially relevant today. And, no, it’s not the “regular” flat Steady Cam mode.

More interesting, perhaps, is the MultiView mode that least you display video from two angles at the same time, displaying one as an inset inside the other. This is perfect for vloggers that want to keep their face or bodies always in view even while capturing what’s in front of them.

The ONE X2 also presents itself as a webcam and video conferencing tool, displaying a wide-angle split-screen view on Zoom. As always, it is also your live streaming pocket companion for Facebook, YouTube, and any other RTMP-compatible 360-degree video streaming platform.

That the Insta360 ONE X2 360-degree camera packs so many features isn’t just impressive, it’s almost scandalous. To think that a combination of a smartphone app and a pocket-sized camera will be able to promise and deliver what normally requires drones, multiple cameras, and multiple people to pull off is the sleight of hand that has admittedly made Insta360 a household name in this market. 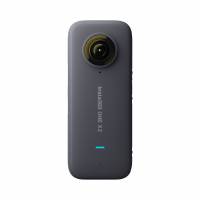 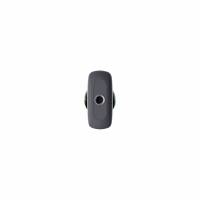 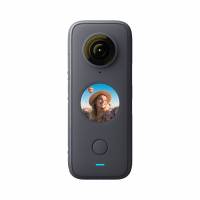 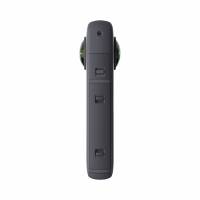 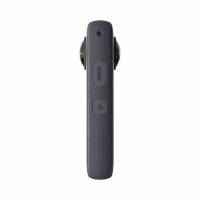 Even more shocking, however, is how much it costs. Admittedly, some might balk at the $429.99 price tag, just a little more compared to the first-gen model, but considering what you’re getting for such a small thing, you might be hard-pressed to find something cheaper with even half the features. Be sure to be on the lookout for our in-depth review that will give this pocket-sized wonder a good spin.