When it comes to Japanese sports cars of the early 2000s, the undisputed king of the crop is the 2002 Nissan Skyline GT-R V-Spec seen here. To say the car is extremely original would be an understatement. It still wears the plastic on the door sills and some of its interior panels meant to protect it during shipping. It only has 10 kilometers on the odometer, and the car was never registered.

Making the car even more special is that it is equipped with an N1 specification engine featuring the gold cylinder head cover. It’s also a BNR34 final edition with only 700 units reportedly produced. The car comes with all of its accessories, including three keys, unopened floor mats, the car’s catalogs, commemorative photo book, instruction manual, maintenance notes, and more.

The engine produces 280 ps with maximum torque of 40kgm. The transmission is a six-speed manual. Nissan also fitted the car with Brembo brakes with a four-piston front and two-piston rear calipers as standard. An active limited-slip differential is fitted, and the car has a carbon fiber hood with factory ducting. 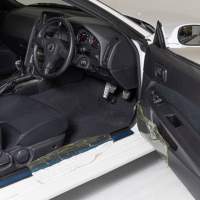 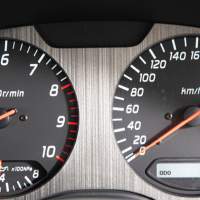 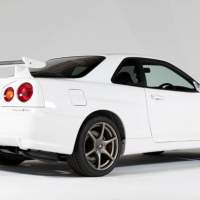 Inside, the car looks like brand-new complete with a 300 km/h speedometer. It’s undoubtedly a beautiful car that will sell for lots of money at a Japanese collector car auction. The bidding will start at ¥50 million and will certainly go up from that starting amount.

Another interesting tidbit about this car is that it was never registered, so whoever buys it will be the first official owner. As popular as these cars are and as rare as one is to be this clean and low mile, most likely, it’s destined to spend the remainder of its life in one collection or another. It’s too bad the car will never get to zip around Tokyo as it was meant to.