In New World, picking weapons is my biggest problem

Like many MMO fans, I’ve been spending a lot of time with New World lately. While I’ll need to play a lot more before I can review the game, I’ve played more than enough to know that I have a problem on my hands: I still have no idea which weapons I want to use. I’ve cycled through many different weapons, and I’m not much closer to the answer now than I was when I first started playing.

Throughout this first week following New World‘s launch, I have constantly been switching weapons. Most days, when I log into New World, the first thing I do is respec my character and change up my weapons. While I do have several I rotate through, I’m having difficulty picking two to stick with for any significant amount of time, and I’m guessing I may not be alone there.

We can chalk that up to me being an indecisive gamer in general. If you’re in the same boat, then you know what I’m talking about: we’re the type of people who waste time staring at our libraries looking for something to play or who get stuck in more open-ended RPGs because we can’t decide on a build or second guess our stat distribution. If you’re an indecisive gamer who is planning to pick up New World in the future, allow me to confirm that the same indecisiveness you’re already so familiar with will likely strike again when it comes time to pick a pair of weapons. 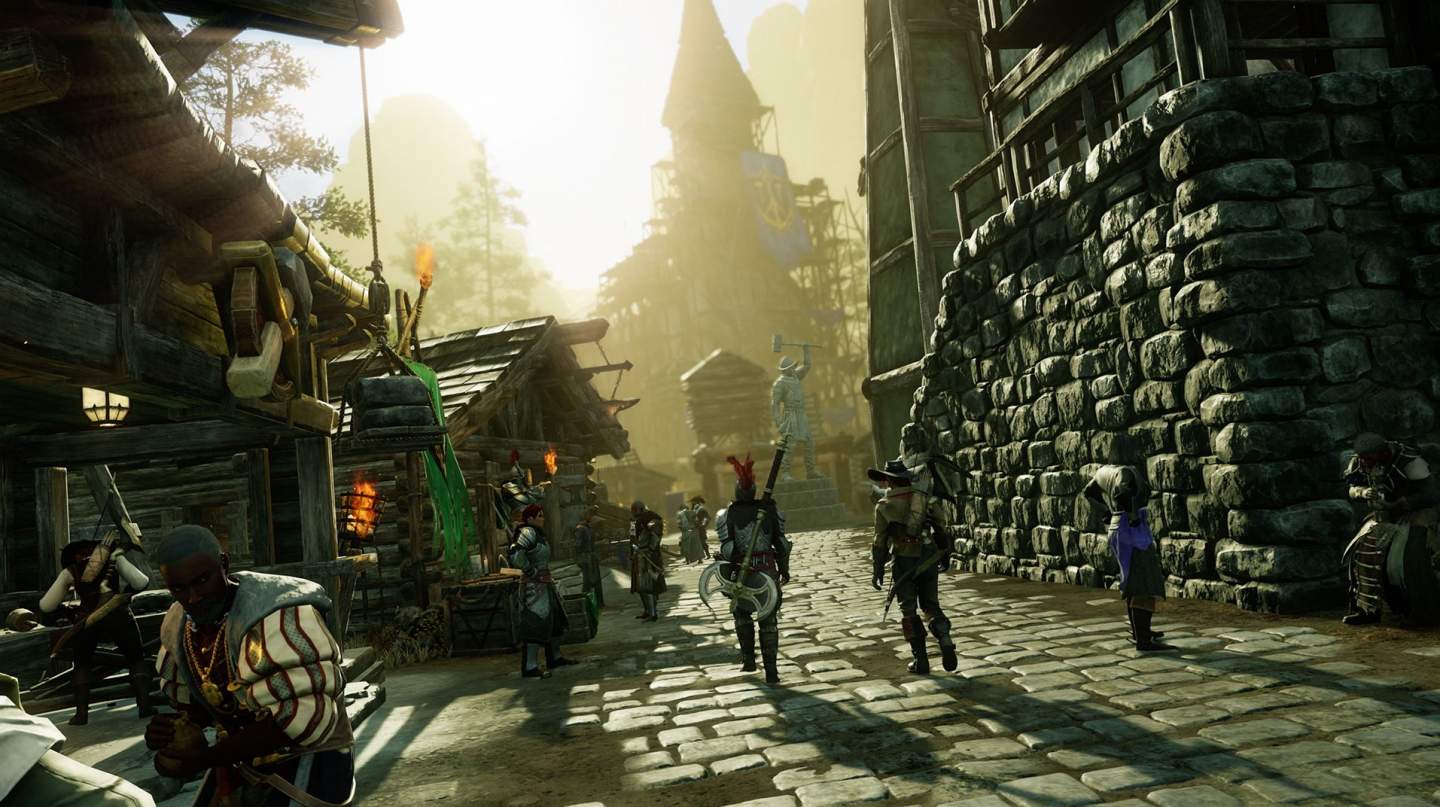 For the uninitiated: New World offers a variety of different weapon types, of which players can use two at a time. You can use any two you wish, though weapon damage also scales with one main attribute (strength, dexterity, intelligence, and focus) and sometimes a second, so some players choose two weapons that scale with the same attribute. It’s a reasonably flexible system, and because of that, players can come up with rather unique pairs that may not be obvious when considering the things like stat distribution and synergies.

When New World launched last week, I was pretty sure that I was going to attempt a pure mage using the ice gauntlet and the fire staff, two weapons that primarily scale with intelligence. In the days and weeks leading up to New World‘s release, my friends and I would often talk about the weapons we were planning to use, and when I saw no one was planning to use both the ice gauntlet and fire staff, I figured I could slot in nicely there and play a role I usually really enjoy (mage) while offering my group some practical crowd control abilities with the ice gauntlet.

Even though I had played rapier/musket in the beta, the pure mage build seemed like a good fit, so that’s what I started as. However, a few levels later, I was tempted back to the rapier and musket I had initially used in the beta, because here’s the thing: muskets, aside from any other discussion about their overall usefulness, are very satisfying to use in New World. 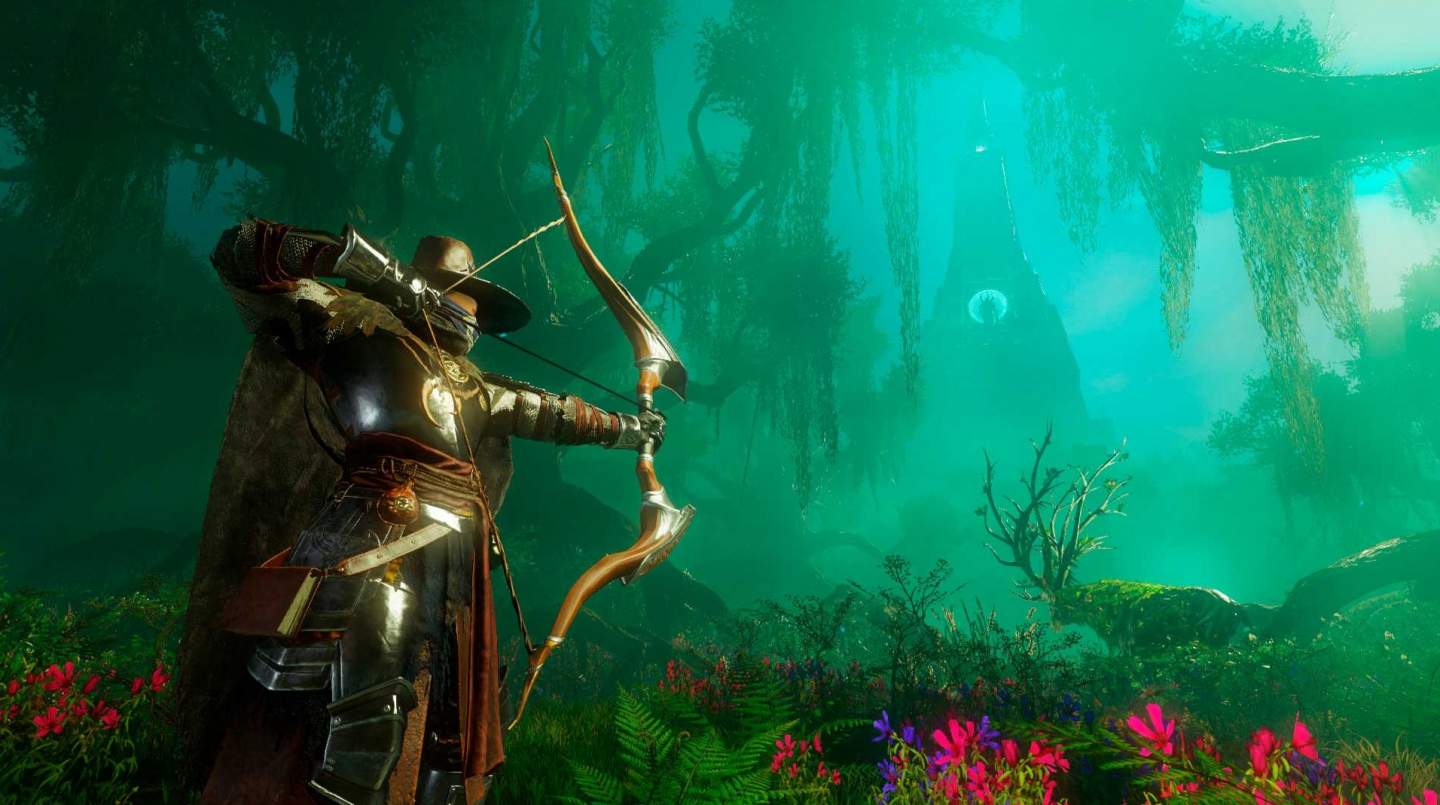 I don’t know what it is, but the musket could be the worst weapon in New World by a long shot and I would still enjoy using it. Eventually, the siren’s song of the musket won out; I had ditched my robe and wizard hat and was back to being the flashy and agile musketeer. With a rapier for burst damage at close range and my musket to deal with any far-off adversaries that may appear on the horizon, I felt like this would be the build that would carry me through the leveling process…

Until the next day, when I realized that out of my 12 or so friends who were playing New World, only one of us was using the life staff. Of course, a group of friends this large needs more than one healer, especially if we’re looking for some player vs. player combat in the open world, so I decided to drop the musketeer lifestyle and pair the life staff with the ice gauntlet.

“The perfect build,” I said to myself late one night as if I were some cartoon villain making a discovery important to the plot. “A life staff for healing and an ice gauntlet for crowd control. I will never die, my friends will surely like me more, and I will always have a place in any group.” 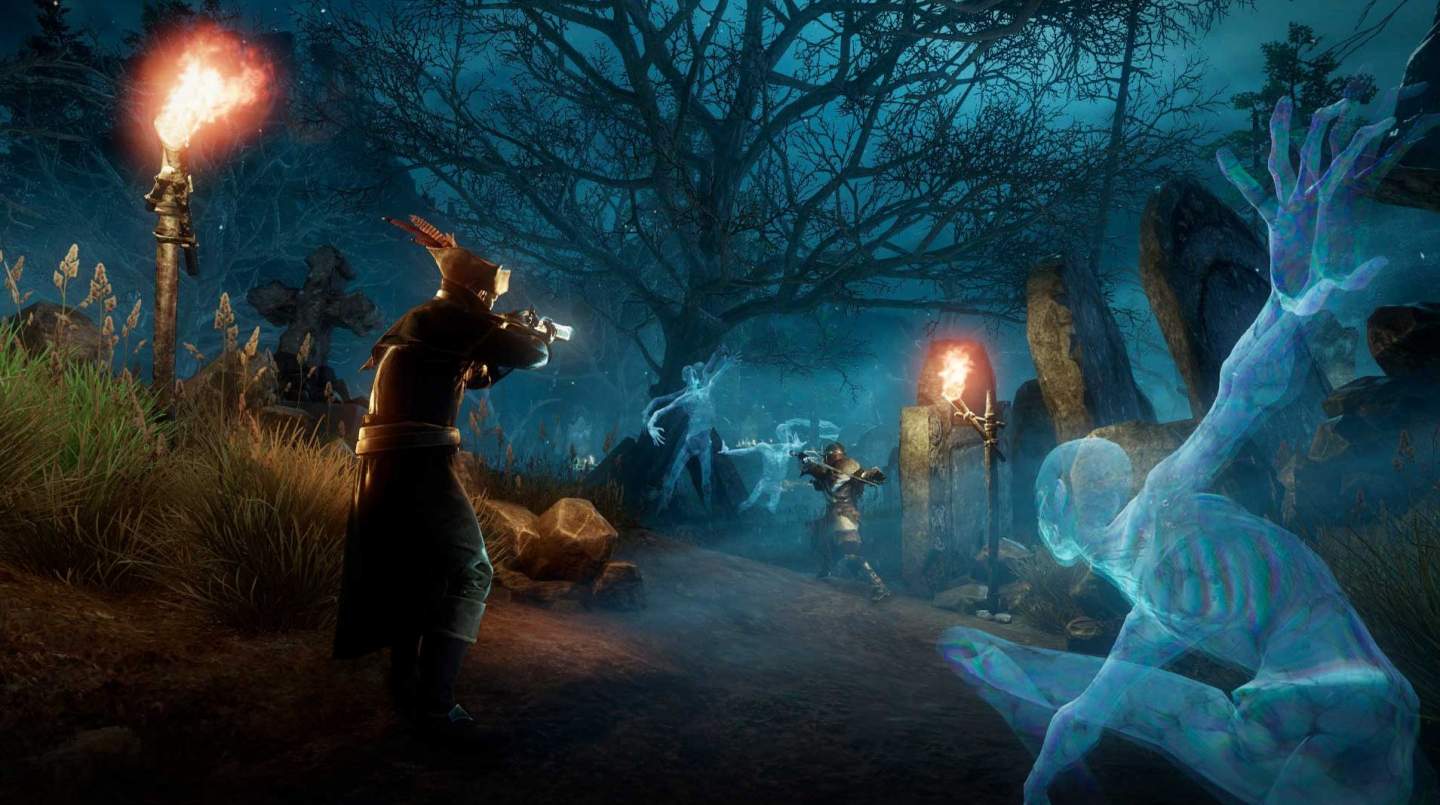 You probably already saw this coming, but I stuck with the life staff and ice gauntlet combo for about a day before discovering how much fun the spear is. After some time with the spear and musket, I went back to life staff and ice gauntlet before changing my mind again because I decided I don’t like healing in this game. Now I’m back where I started, playing a pure mage with the ice gauntlet and the fire staff and enjoying it. And yet, every time I see someone with a musket, I feel a pang of regret for dropping that spectacular weapon.

As someone whose MMO experience primarily consists of early World of Warcraft (including WoW Classic), New World feels like a breath of fresh air. In World of Warcraft, your class and, by extension, the weapons you’ll use are determined when you first create your character. After that, if you want to try something different, you have to roll an entirely new character.

Did you roll a rogue, put in the time to learn how to play it, and then decide that you didn’t really like the playstyle and would rather be a mage? Well, too bad. You can create a new mage and start over from level 1, or you can keep pressing on with the rogue and hope that you start enjoying it more. 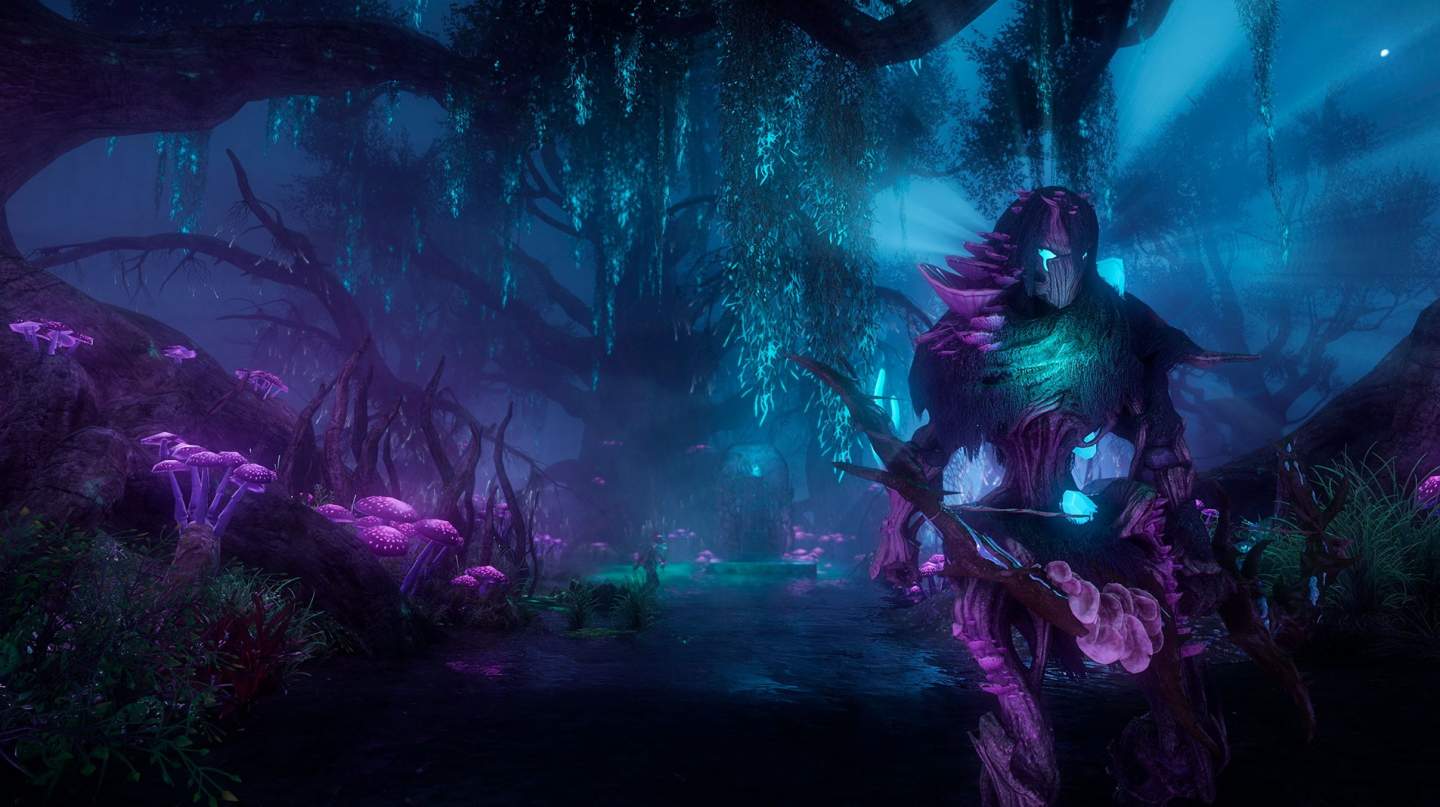 In New World, that isn’t a worry. You can use any weapon you want whenever you want. You’ll probably want to respec and redistribute your attribute points when you change up weapons, and while there is a gold cost associated with that, I haven’t felt the pinch despite how many times I’ve changed up my weapon loadout.

Final Fantasy XIV does something similar, telling players that their equipped weapon determines their class and allowing players to switch at will. Of course, you’ll still need to collect gear appropriate for that weapon, but gone are the days where you needed to make all of these crucial decisions at the beginning. If you pick a class because you think it sounds cool only to find out later that it isn’t the class for you, changing things up and going in a different direction is simple. I can’t understate how much I appreciate that.

Someday I’ll find the perfect pair of weapons for me in New World. Maybe I already have. Until I do, I’m happy that I have the chance to experiment while progressing and that wanting to shake things up doesn’t mean that I have to upend all of the progress I’ve made. Have you found your perfect weapon loadout in New World yet, or are you still experimenting? Head down to the comments section and let us know!