Summer is upon us and with it comes trips out into the wilderness. No doubt you’ll be taking at least one gadget with you on your next camping trip, and that means you have keep charging in mind. While a large power bank will keep you up and running for a day or two, you’ll need to get a solar panel if you need something more substantial. iClever has released a new solar panel product for this summer, one with an 8,000 mAh battery built into the case. How does it hold up? Read on to find out! 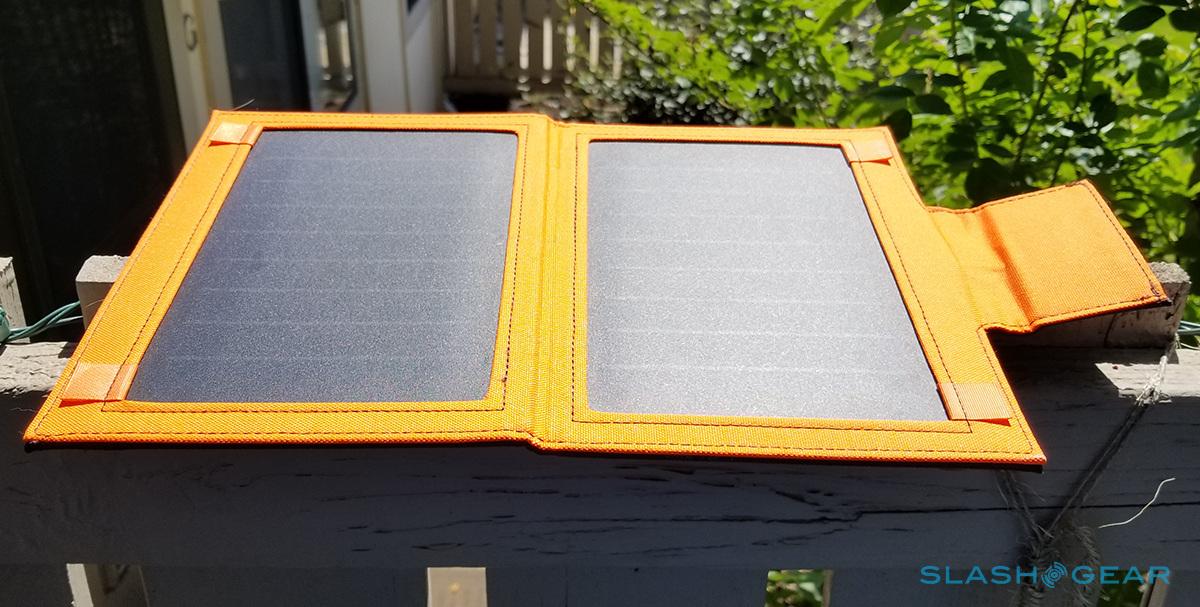 The overall charger is made from fabric and designed like a folio; the charger could easily be mistaken for a premium tablet case from a distance. The build quality is very good, including the battery implementation; there’s no large battery brick, with the cells instead being embedded in a broad, shallow manner. This results in the entire product, batteries and all, being the size of a relatively small, thin paper notebook. 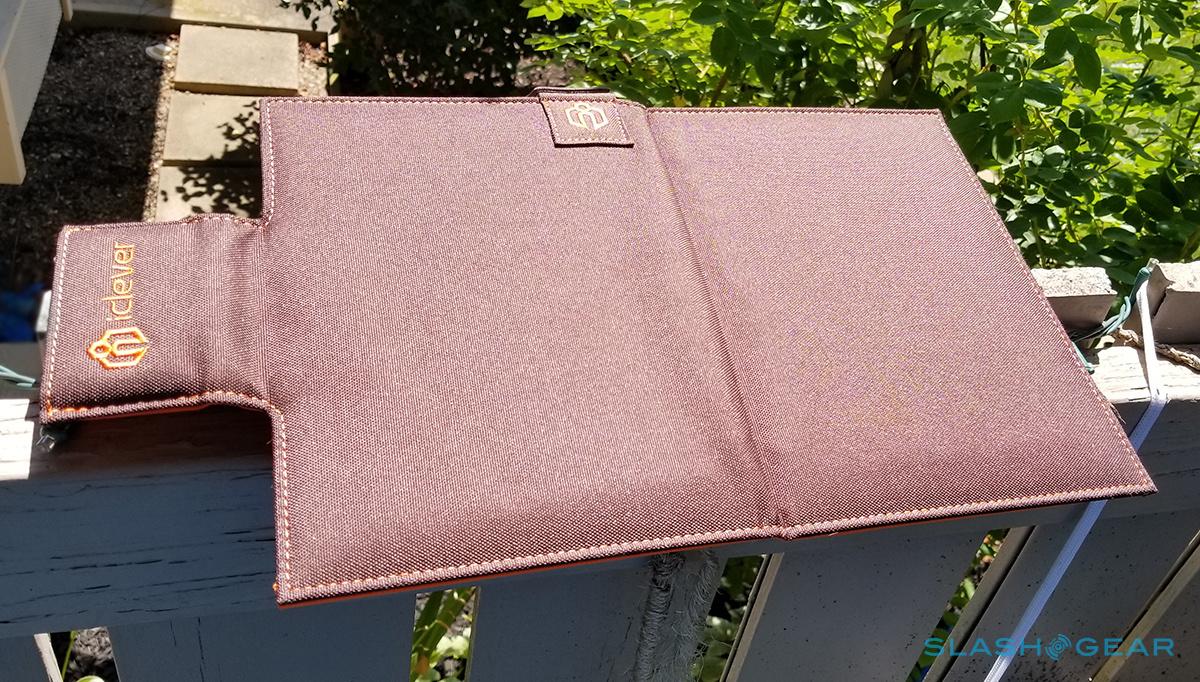 In addition to the embedded battery and charging hardware, the iClever BoostCel has a Velcro strap on one side that enables the user to attach it to a bag, bike, around a pole or branch, or something else. A strip of elastic between the two Velcro pieces gives it some stretch to accommodate various sized poles or branches, though you still have a relatively small array of possible items to which it can be attached. Because the two panels are ‘hinged’ with fabric, the charger can be draped over a fence, rail, or even propped up into a tent shape. 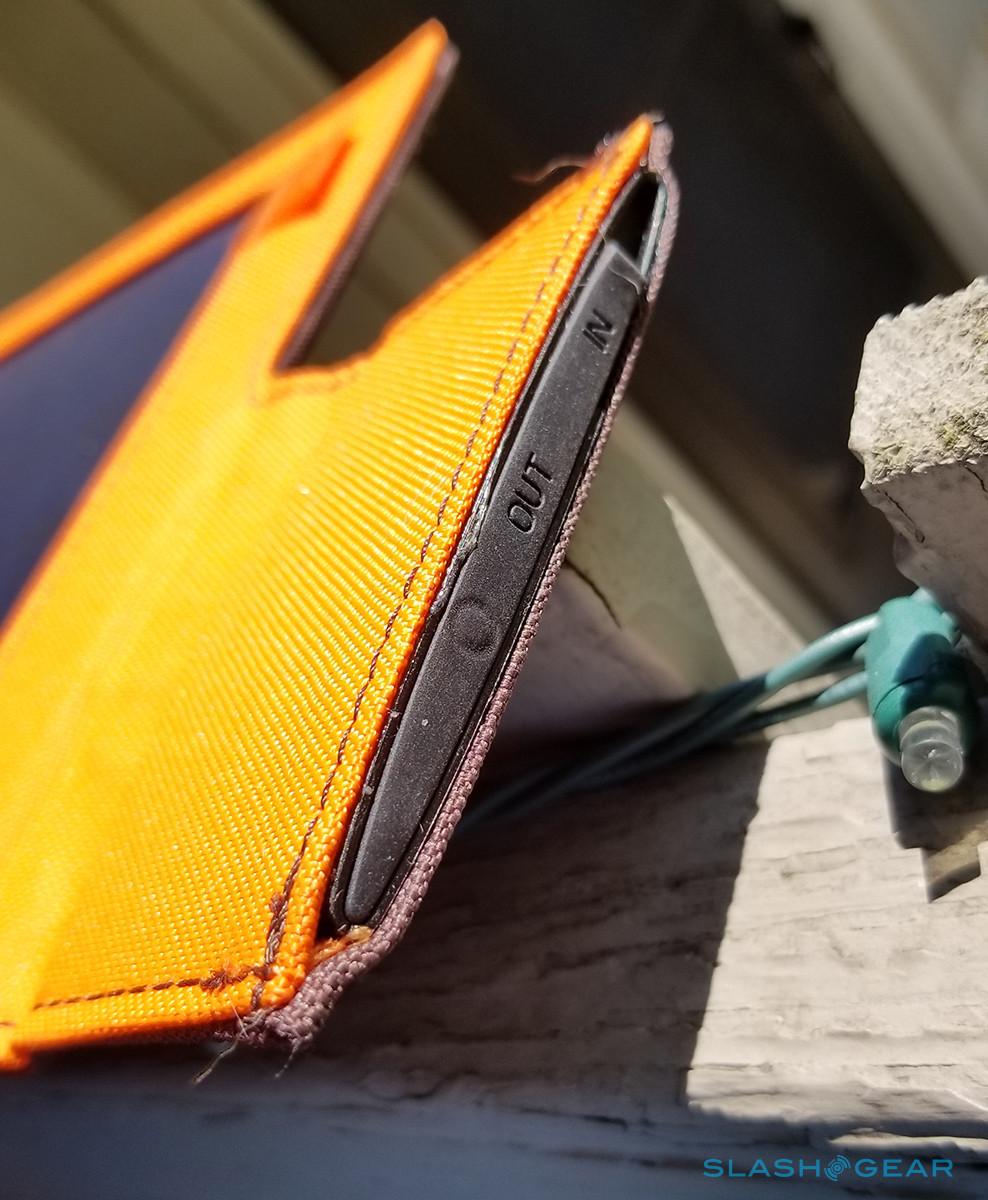 How well does it charge? Any solar panel like this is going to have limited abilities due to its small size. If you have the panels in direct sunlight, the charger comes to life and begins charging the internal batteries. If the sky is overcast, your experience may range from okay to not usable, depending on how much light you’re getting. The idea is to keep the internal battery charged so that you can use it on days when the cloud situation is impeding solar charging. 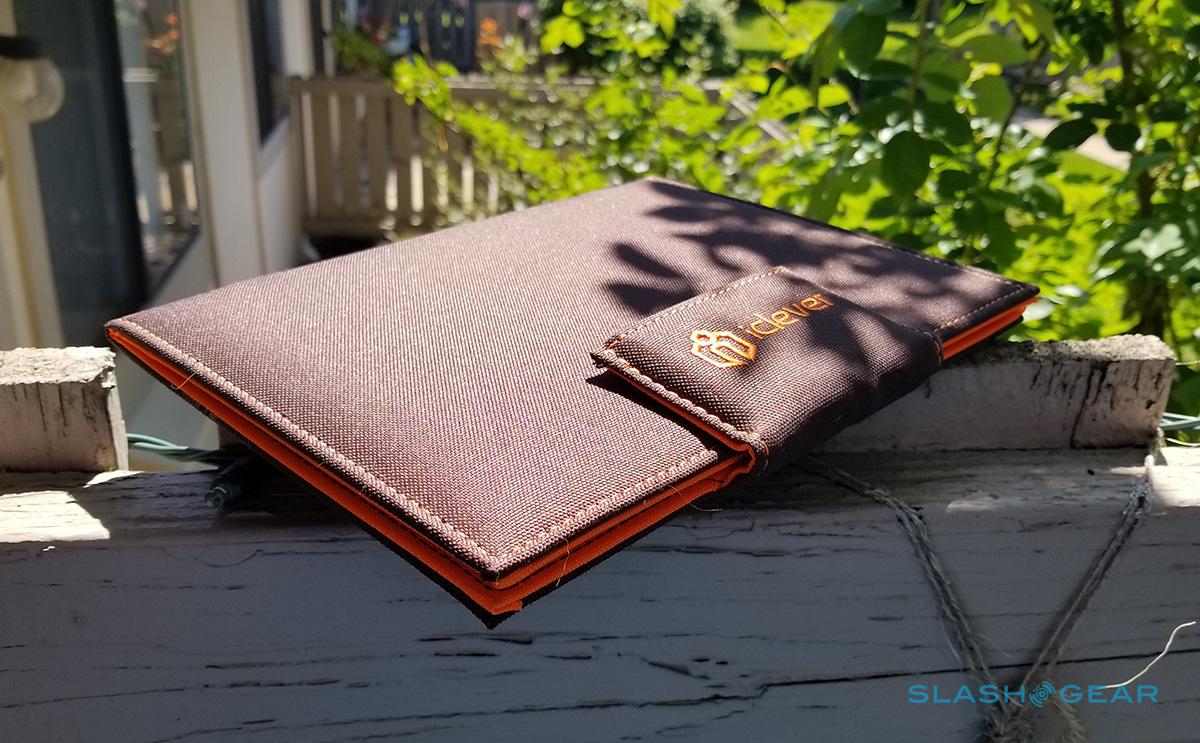 On a day when the sun was bright and fully exposed, it took a bit over 8 hours to charge the battery, which was very low but not fully depleted. That’s not bad when you consider that a charger like this will typically be used to charge a phone. The 8,000mAh hour battery should be able to fully charge a smartphone at least twice; with careful use, the phone should last a full day, meaning one full solar charging cycle every day or two should be adequate enough.

As far as solar chargers go, the iClever far exceeded my expectations. The charger is impressive straight out of the box with an excellent build quality, and it holds up to its promises in practical usage. The built-in battery is a major convenience in the sense that you don’t have to carry one separately and have wires all over; it does mean you can’t charge without the entire solar kit, though, so keep that in mind and carry a separate, smaller power bank if necessary. The iClever BoostCel is available form Amazon for $65 USD.