When a lot of us think about fossils, we think about ancient skeletons found in faraway places. Many of us don’t think about discovering fossils in the middle of one of the most heavily populated areas of the United States. Yet, one the biggest caches of fossils in the entire world is found that the La Brea Tar Pits in Los Angeles.

La Brea is celebrating 100 years of excavations and according to scientists there still a huge number of fossilized remains hidden and waiting to be discovered. The scientists also believe they have at least another century’s worth of work on cataloging and identifying fossilized remains already removed from the ground around La Brea. 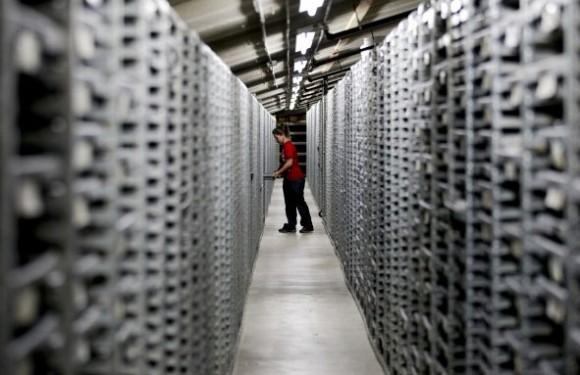 Over the year’s scientists digging at La Brea have discovered bones from mammoths, mastodons, saber-toothed cats, dire wolves, and many other animals. Scientists have also discovered fossilized remains of plants, insects, and rodents that have help give scientists a better understanding of what life in the region was like between 11,000 and 50,000 years ago.

In 100 years of digging at La Brea scientists have recovered 5.5 million bones for more than 600 species of animals from the ground as well as numerous plant specimens. The site is the richest cache of Ice Age fossils anywhere. The museum believes it has about 100,000 specimens placed in floor-to-ceiling shelves of wooden crates that still need to be identified, cleaned, or labeled. The museum also has about another million specimens that still need to be scrubbed. Interestingly, the scientists digging at La Brea today aren’t out to remove every fossil possible from the ground. Some specimens are being left in place in hopes better tools for identification and excavation will be invented in the years to come.