IBM‘s Watson supercomputer has been tasked with profiling users from one side of the Internet to the other, using information it gathers from social media accounts to learn about individuals. This information can then be used by service providers and similar to best reach out to customers and potential customers, and could also be used by advertisers.

Watson is a brainy supercomputer that is able to pick through Internet users’ social media posts — assuming they’re public — and use what it reads to learn about the individual much in the same way a human would, getting a feel for personality and what is going on in your life. Using what it learns, it can then find the user on other social websites, creating a bigger picture. 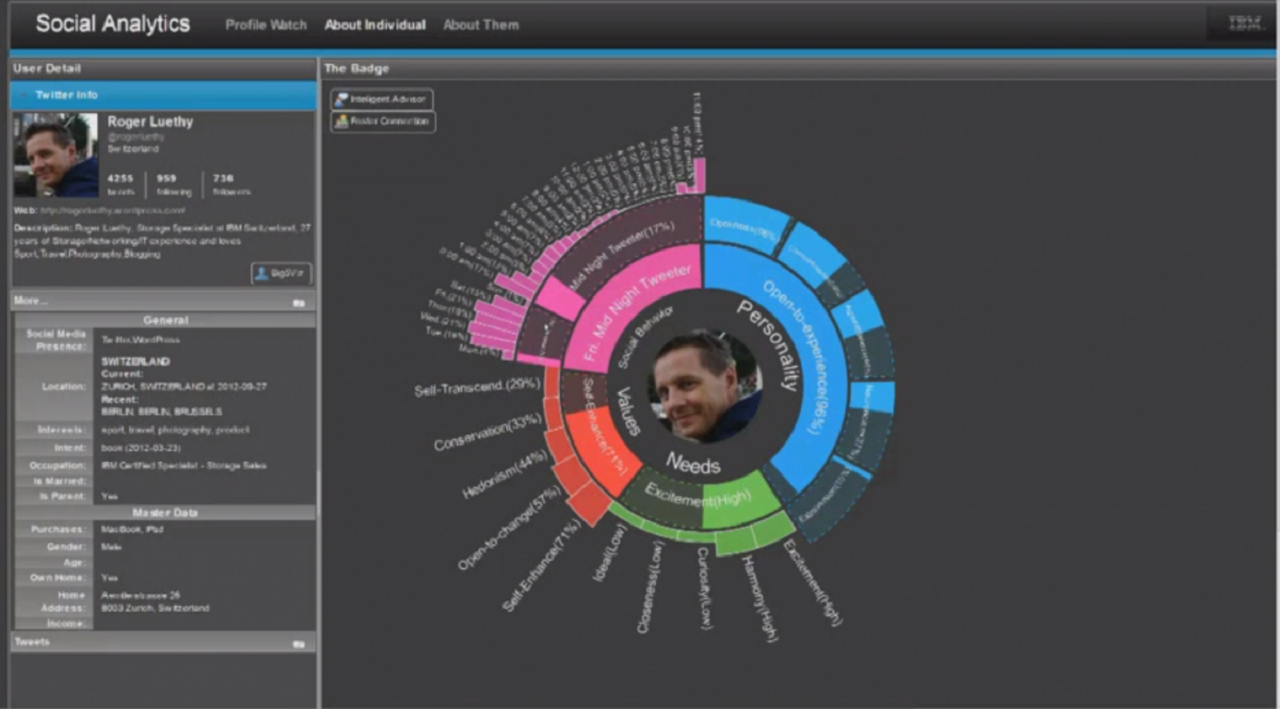 In the future there could be an opt-out feature for such analysis, but for now you’ll have to keep your social activity private to avoid being profiled. Information that is gathered is assembled into a colorful and handy chart, which you can see a sample of in the image below.