Hyundai has been working on beefing up its performance car portfolio with the N line of vehicles. The automaker has announced that it is added the first SUV to the N family with the Kona N announced. Hyundai’s announcement is a bit of a tease as all of the images provided show the Kona N clad in camouflage.

Despite the camouflage, we can get a very good idea of what the vehicle will look like, and it looks rather attractive. The Kona N will be offered with an eight-speed wet dual-clutch transmission known as the N DCT. The engine is a 2.0 Turbo unit, and for now, Hyundai isn’t giving up any details on horsepower or torque numbers.

The SUV promises to deliver a “powerful and nimble” driving experience. The SUV will share some high-performance features other N vehicles have, including Launch Control. Hyundai also promises an “emotional sound experience,” which we presume to mean an appealing exhaust note. 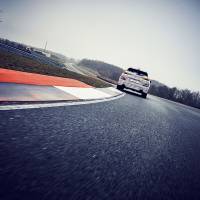 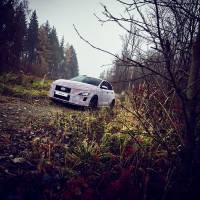 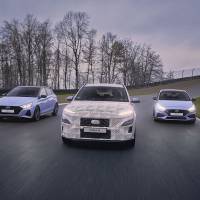 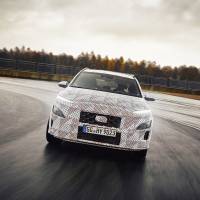 Hyundai plans to offer more details in the coming weeks. The N line-up will be expanded further during 2021, hinting at additional performance vehicles from the manufacturer. The video below shows the vehicle in action, and we’re not hearing a lot of the engine sound Hyundai mentions.

The video does show the SUV taking to the track, which is a relatively uncommon site for an SUV. It’s hard to tell in the video, but it does look like the suspension may be lowered slightly compared to the standard Kona. That’s certainly not uncommon for performance-oriented vehicles. Another big mystery is the price. We know that the regular Kona SE starts at $20,400 before the destination charge, while the most expensive version starts at $28,050. The N version is likely to top the range in terms of pricing.