Dementia and Alzheimer’s disease is a growing problem in a world where people are living to older ages. These conditions typically appear late in life, causing an often slow descent into cognitive decline that impacts mood, memory, and more. Though genetics play a role in the development of these diseases for some people, many studies have found that lifestyle is also an important factor.

A massive new meta-analysis of hundreds of existing studies on lifestyle and Alzheimer’s disease has narrowed down the top 19 risk factors that prime one for the brain condition later in life…and many of them, unfortunately, are common conditions that plague humanity. Though most of the risk factors are modifiable and known from past research, a couple of others are surprising and harder to avoid.

The latest study reviewed data from 153 randomized clinical trials on Alzheimer’s disease, as well as 243 observational prospective studies. The results presented the top 10 risk factors pointing toward the eventual development of Alzheimer’s disease; they include: 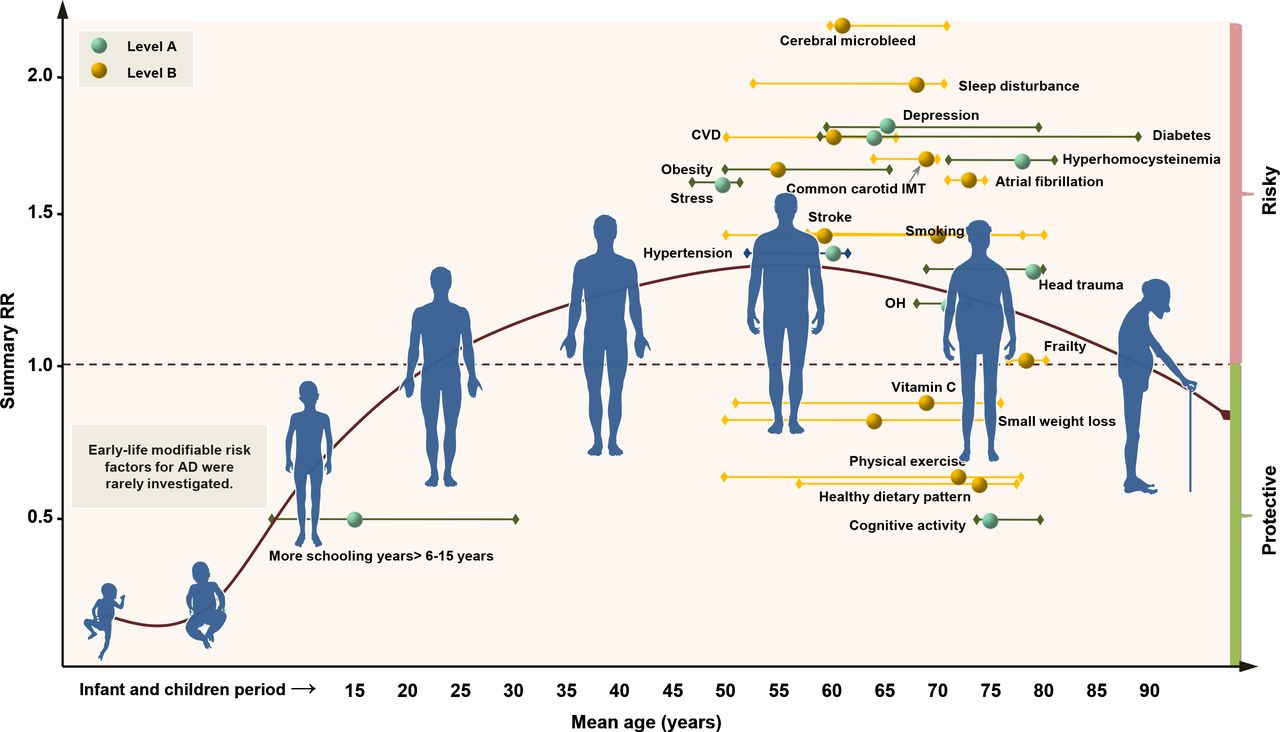 The above risk factors are listed as ‘Level A,’ meaning they have the strongest links to the development of Alzheimer’s disease, making them the most concerning. However, the study also lists an additional nine ‘Level B’ risk factors that were also present in the data, including:

The researchers ultimately found that these 19 risk factors are ‘strong suggestions’ for Alzheimer’s disease, highlighting the impact lifestyle can have on the outcome of one’s life. The study encourages adopting a healthy lifestyle to reduce risk of the disease, as well as taking steps to maintain ‘a good vascular condition’ — something that is considerably damaged by smoking.