Wear OS by Google, formerly Android Wear, also by Google, still leaves some things to be desired but no one can deny how it opened up the smartwatch market to more players. While it ironically seems to have pushed away smartphone makers, it invited traditional watchmakers to the party. That includes ones that make super-expensive luxury watches like Hublot who is bringing a Bing Bang e Premier League edition to fans of football or, as it is known in the US and some parts of the world, soccer.

The Hublot Big Bang e itself will be a year old in four months and that is exactly the same device that the watchmaker is bringing to the market. That means an old Qualcomm Snapdragon Wear 3100 in a 42mm body. It also has the same 390×390 screen, 1GB of RAM, and 8GB of storage as the original.

What makes this Premier League edition is, of course, the Premier League branding. That comes as very purple straps, reflecting the official colors of the League, which can, fortunately, be swapped with a different one should you get tired of it. There’s also a pre-installed Premier League watchface and theme, also in purple, of course. 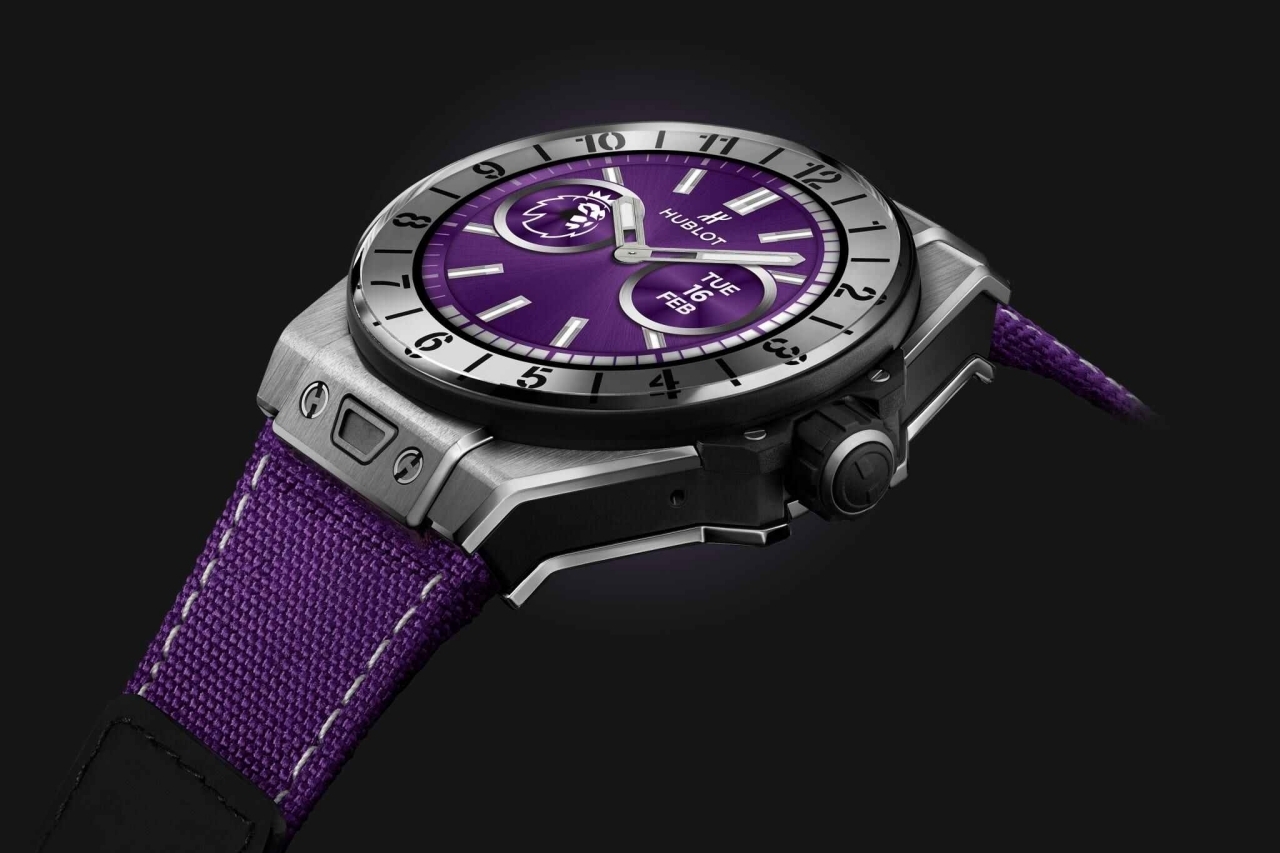 Since it’s a Wear OS smartwatch, Hublot also preinstalls apps specific to the football/soccer world, like the Hublot Loves Football Premier League app. Users will even receive “animated” notifications for kick-off times, goals, penalties, the works. Almost everything you need to keep track of matches will be on your wrist, Hublot promises.

This isn’t the first time Hublot has put out a football-themed luxury smartwatch, like the 2018 FIFA World Cup Big Bang Referee. And like those other smartwatches, the Hublot Big Bang e Premier League also carries a hefty price tag, $5,200 to be exact. Only 200 of these will be made, though, making it a true luxury collector’s item for hardcore football fans.