Huawei Watch 3 with HarmonyOS seen in the wild

Huawei’s big event is just in a day or two, depending on which side of the world you’re on, and many will be curious as to what HarmonyOS really brings to the table. Huawei will most likely put a heavy focus on how its homegrown OS will work on smartphones as a response to its inability to get Google Play apps and services on its devices. Part of HarmonyOS’s promise, however, is its ability to run on many smart devices, just like Android, including smartwatches like this alleged Huawei Watch 3 that some netizens took photos of.

Huawei has been using its own custom “LiteOS” on its smartwatches anyway so it might not be that much of a difference in terms of what Huawei is already doing. Putting HarmonyOS on its next smartwatch, however, does open the doors to more apps, presuming there are enough notable apps to be worth users’ while. Based on these leaked photos, there is at least one, or at least its notification.

IT Home got hold of some photos of what is said to be the Huawei Watch 3. In terms of design, the smartwatch retains its predecessor’s circular body but mixes things up a bit when it comes to the buttons. There is a crown dial on the top right side, as hinted by Huawei’s teaser, and a flat button below it.

The bigger change will, of course, be the software but it might not look so different from Huwaei’s LiteOS at first glance. The watch face with app shortcuts is still there and a drop-down notification panel. One of those notifications is from WeChat, one of the most popular messaging services in China, but it isn’t clear if it’s just a notification or if there is a local app installed on the smartwatch. 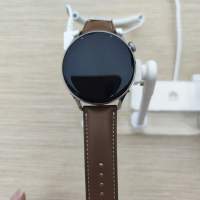 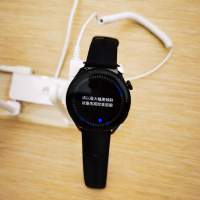 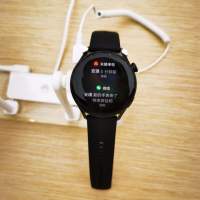 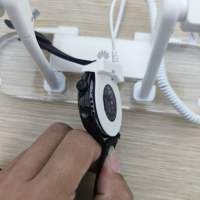 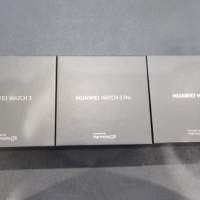 Huawei will formally unveil HarmonyOS, technically HarmonyOS 2.0, on June 2 and it will hopefully answer many of our questions about the nature of the platform. That said, the biggest question will remain unanswered for a few months, and that is whether HarmonyOS will help the company reclaim lost ground in the smartphone market.