Back when the giants Samsung and Huawei were competing over foldable phones, there were two schools of design that became prevalent last year. It was the Galaxy Fold’s “innie” versus the Mate X’s “outie”. Neither has been completely impervious to accidents but the Huawei Mate X may have been taking too many risks. That may be just one of two reasons why Huawei’s next foldable phone might be an innie but it may also have something to do with its cameras.

Huawei may have too many things to worry about more than making another expensive foldable phone that it admitted it was selling at a loss. Still, the company does have to show a brave face in the midst of adversity. And what better way to do that than to launch even more products, including an ambitious foldable phone.

At the same time, a patent reported by LetsGoDigital reveals a design that may partly be an admission of defeat. Instead of its existing outie design, the patent reveals a foldable screen on the inside instead. More than that, however, this foldable Huawei phone also has a second screen on the outside, again just like the Galaxy Fold.

There are, however, a few key differences, the primary being the location of what is indicated as a quadruple-camera system, one that includes the telltale sign of a periscope-style zoom camera. Instead of on the “back” of the device, the column of camera sensors is to the side of the secondary external screen. This design makes it possible to use that same camera array for selfies but not to take normal pictures when the phone is closed. 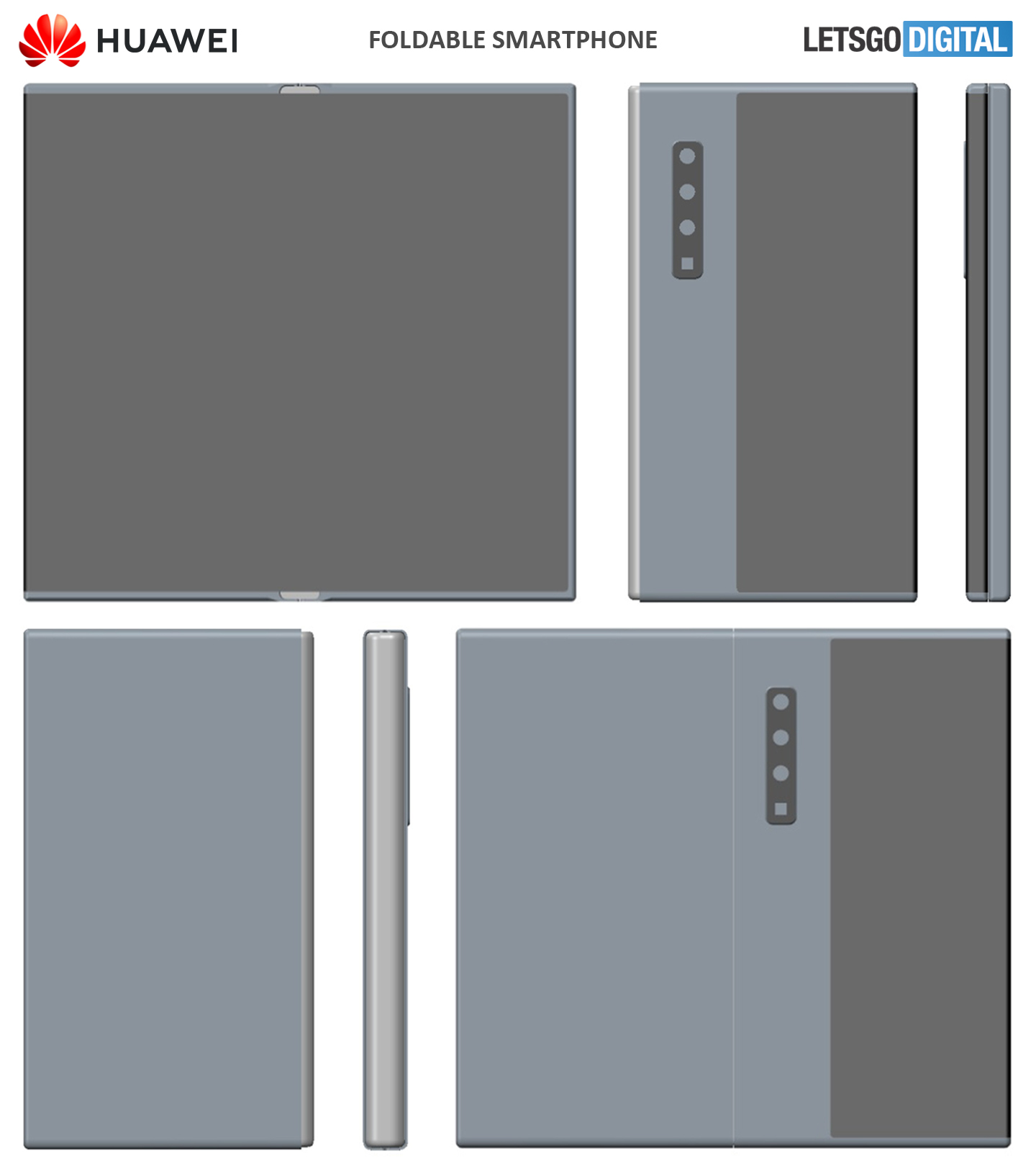 Of course, a patent is not an indicator of a future product, not even one of intent. Huawei has become particularly bullish about its decisions as it continues to be backed into a corner. Whether it even has the resources to make a foldable phone, much less one as featured as this, is the biggest question right now.