Some might accuse the current mobile tech world to be a predominantly male market, so once in a while a product like this comes around to try to appeal to women. Whether it actually has the intended, or maybe even opposite, effect is still debatable, but that’s not stopping the likes of HP from trying. Partnering with renowned designer Isaac Mizrahi, HP is launching the Isaac Mizrahi smartwatch, a wearable time-telling accessory that is, to be blunt, really more a luxury item than a conventional smartwatch.

More often than not, a smartwatch would conjure up images of a wearable device with a touchscreen for a watch face, basically a touchscreen with a wrist strap. And it almost all cases, its serves more than just as a fitness tracker and notification display, with features like mobile app integration and sometimes even voice recognition.

Very few of those features make it to the Isaac Mizrahi smartwatch. In terms of design, it would make traditional watch makers proud, with a more traditional analog watch face instead of a screen. There is, however, a screen indeed, but it is minimal, displaying only some notifications and only as text. It is also located behind the mirror face and occupies only the lower half of that face. The smartwatch also has some activity tracking functionality and it connects with both iOS and Android devices. That pretty much sums up the “smart” features of the device.

The biggest draw of this Isaac Mizrahi piece is really its design, a spin on the classic watch style. Swarovski crystals fill the watch’s frame, giving it an additional fashion flair. The leather bands are interchangeable, with options of colors to match your outfit or your mood. Given the design, you’d think this would cost a fortune, but HP is selling it for only $249.99, just about the same price as a more recent Android Wear smartwatch. The Isaac Mizrahi smartwatch comes in options of Silver or Gold cases. 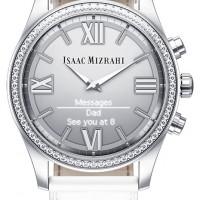 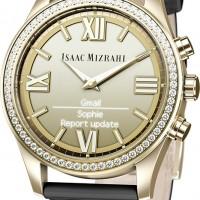 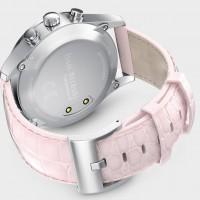 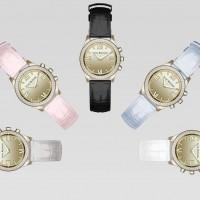 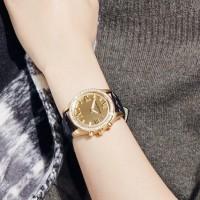 Some might call into question whether this could still be considered a smartwatch, but the definition of what a smartwatch constitutes is still in a state of flux. As far as some device and watch makers are concerned, anything goes for now.