Earlier this year we covered the launch of HP’s latest Intel Nehalem-based workstations, and soon enough HP had a Z400 test unit for us to try out. The entry-point to the new range, the Z400 misses out on some of the more innovative design features of its bigger siblings, but arguably the most important thing – the Xeon processor – is there front and center. Read on for our benchmarks and impressions.

Our test Z400 came fitted with Intel’s 2.93GHz Xeon W3540 Bloomfield Quad-core processor paired with the X58 chipset, together with 6GB of DDR3 1333MHz ECC unbuffered memory (up to 16GB is supported) and a 300GB Western Digital VelociRaptor SATA hard-drive. It also came with an NVIDIA Quadro FX 1800 video card, which we switched out for an FX3800 for our second set of testing. The specifications are certainly decent for an entry-level workstation, though it’s worth noting that you don’t get the trick casing of the Z600 or Z800. 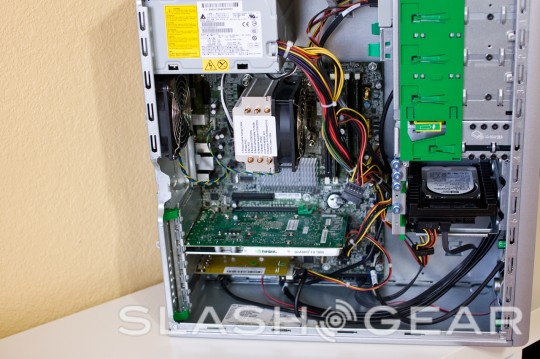 That’s not to say that there are no improvements over the xw4600 we reviewed back in November 2008, only that they’re more subtle. HP have switched the standard hard-drive fixings for new, rubber edged screws, and the door latch and overall fit is far improved and sits more securely against the case. The Z400 is extremely quiet, too, compared to the xw4600, though part of that is down to the new, cooler-running Xeon CPU versus the older workstation’s desktop-grade Q9650.

As for power management, the new HP Z Workstation line is ENERGY STAR 5.0 qualified and registered as Electronics Products Environmental Assessment Tool (EPEAT) Gold – 90 percent of the system is recyclable. It minimizes power costs with a new WattSaver feature and choices of high efficient power supplies (85 or 89 percentage). The system consumes less than one-watt when switch in “off” mode. 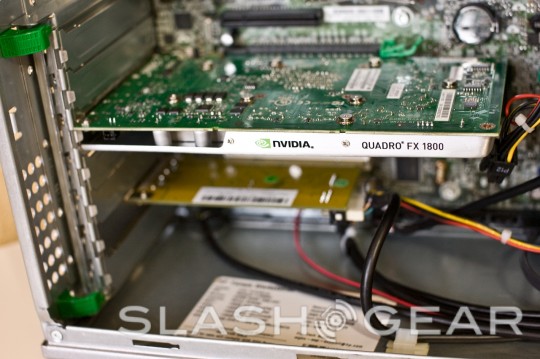 Of course, the proof is in the performance, and the Z400 put in a strong showing across all of our benchmarks. Its overall PCMark Vantage 64-bit score of 5307 – when tested with the FX1800 – matched exactly with the xw4600 with its FX1700 graphics, but that belies significantly higher scores in memory, music, productivity and HDD, and more than double the performance in gaming. When we switched out the FX1800 for the FX3800 the overall PCMark score shot to 8605. 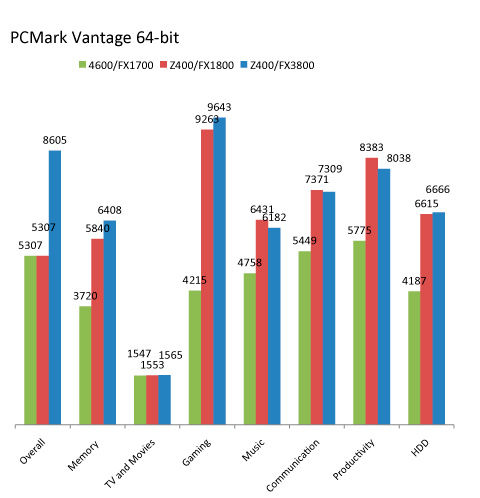 Turning to Geekbench 64-bit, the Z400 scored 7578 with the FX1800 and 7613 with the FX3800, while in SPECviewperf 10 64-bit the distance it put between itself and the older xw4600 widened as the thread count racked up. The Nehalem series chips are known for their multi-threaded potential, and the 2.93GHz example in the Z400 is no different. In a more real-world test, we ran some retouch-artist processing in PhotoShop CS4 64-bit, which the Z400 managed in 17.5 seconds no matter the graphics card. 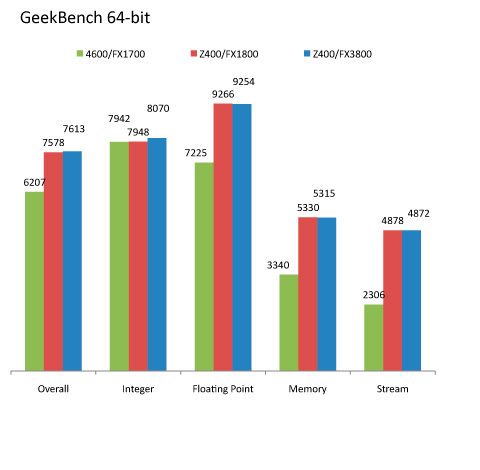 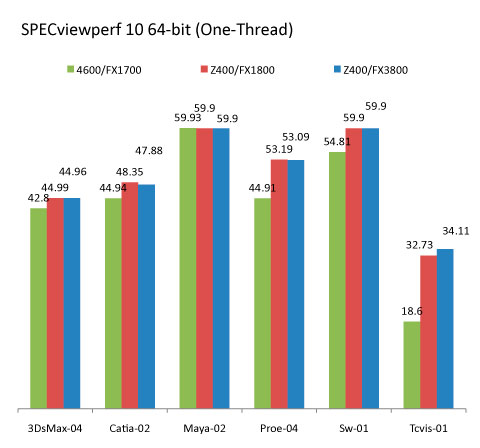 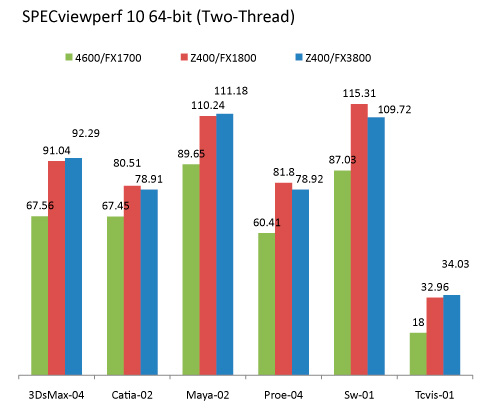 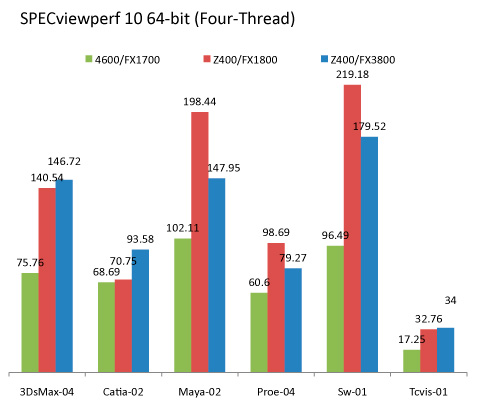 As a workstation, then, the Z400 offers decent entry-level performance and reasonable flexibility. Sometime in Q3 this year HP will offer optional liquid-cooling, though with the noise-output we’ve experienced from this air-cooled model it would only be the most noise-averse office that would demand it. SSDs are also optional, should speed of data access be a particular priority, together with a Blu-ray drive, and there are plentiful ports front and back.

Balancing cost and capability, there are significant advantages to stepping up from the xw4600, which remains on sale underneath the Z400. Prime among those reasons is the Xeon processor, which comfortably bests the Core 2 Quad in the maxed-out xw4600 we tested last year. However it’s also a more flexible machine, with broader talents as the benchmarking shows, and easier to live with thanks to careful case design and quiet components.

In terms of cost, the range starts from $929 for preconfigured models, which nets you the 2.4GHz Xeon dual-core; quad-core models start from $1,499, and a rig comparable to our test unit – with the 2.93GHz CPU – will be more in the region of $2,500. For that, though, you’re getting a solid, reliable and eminently capable workstation.