HP’s new Veer may be the entry-level model in the refreshed webOS range, but that doesn’t mean it’s an unimpressive handset in its own right. The super-compact 2.6-inch smartphone still manages to fit in a sliding QWERTY keyboard, though from what we’ve seen we wouldn’t want to use it for more than simply pecking out the odd email reply. More first impressions after the cut.

The Palm heritage is still strong with the Veer, despite HP dropping the branding of its acquisition, and the design owes a lot to previous models. Pebble-sized and neatly curved, it’s testament to webOS’ ingenuity that the platform is still usable. The combination of gestures and swipes work well, and the 800MHz processor keeps things moving swiftly. 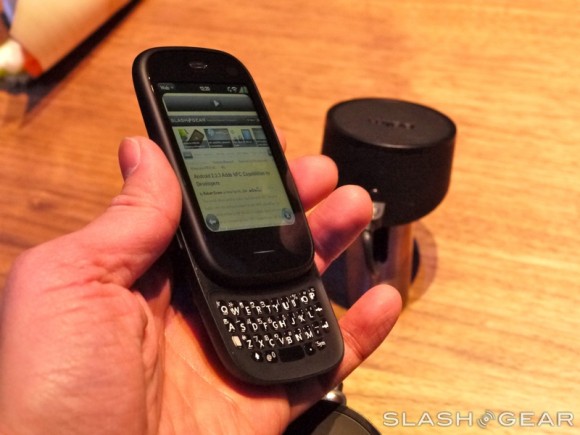 As for that keyboard, it’s obviously not going to replace a BlackBerry for enterprise users, but then that’s not HP’s target audience. Instead, it should open the door to a new crowd of people stepping up from featurephones. If HP leverages the touch-to-share functionality well, it the Veer could also end up being the downtime phone of choice for Pre3 and TouchPad owners, taking advantage of easy synchronization between devices and offering an easily carried device.

More details on the HP Veer in our video (coming soon) and gallery!