If you’ve ever used a Windows PC and longed for the build a MacBook offers, your wait may be over. The HP Spectre 13-inch Ultrabook is a device unlike many never seen: sleek, sexy, and without a hint of compromise. While it absolutely looks the part, the real question comes down to performance. Does the Spectre have what it takes to keep our attention after turning our head with its sexy design? We find out.

I’ve made several silly comments in the past regarding HP’s plastic builds, and their latest devices (Chromebooks, mainly) don’t dissuade from that commentary. The Spectre, however, is some of the best aluminum we’ve laid hands on outside of a MacBook Pro. Top to bottom, front to back, inside and out — this one is pure metal sexiness. There’s really no way around it, the Spectre puts the ‘ultra’ back into Ultrabook.

A glance around the side brings you the normal array of ports: power, headphone jack, two USB ports, lock, SD Card, HDMI and Mini DisplayPort. The plain aluminum color is offset by a top that’s chocolate brown with a textured look and feel. The rear slopes ever so slightly, and a “Hewlett Packard” emblazed across the back lets you know this one is meant for premium device lovers. Even the box is a subtle triumph in design. Externally, the Spectre leaves little to be desired. 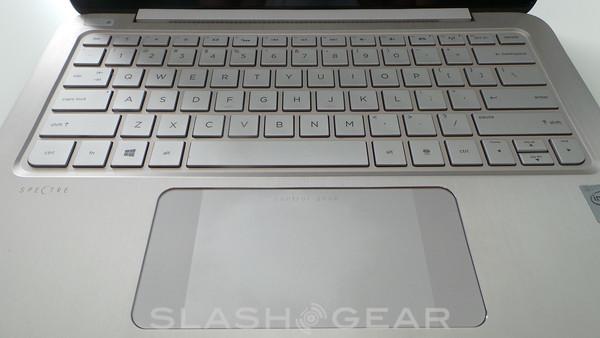 Internally, the keyboard and trackpad have an equally premium feel. The keyboard almost identically mimics the MacBook’s, begging even more comparison. The keys are spaced the same, laid out the same, and have much the same shape. The trackpad is unique to the Spectre, with its “Control Zone” feature that we’ll get into shortly. For now, we’ll say it was one of the nicer trackpads we’ve tested, but had a little more give than we would have liked. Overall, it’s still a winner.

The screen on the Spectre is nice, but not outstanding. At 1920 x 1080, the standard screen is adequate. Touch capability on the screen is a dream come true, as some others tend to be laggy. With the Spectre, touch was responsive and smooth. The upgraded 2560 x 1440 screen is likely one to consider if you want the best experience possible, though. The standard screen is nice, but an upgrade is never a bad choice when it comes to screens. One fault was the brightness; even at max levels, the Spectre 13 still felt a little dull. Be sure to make sure the brightness is adequate for your use before purchase, as we think some may be disappointed. 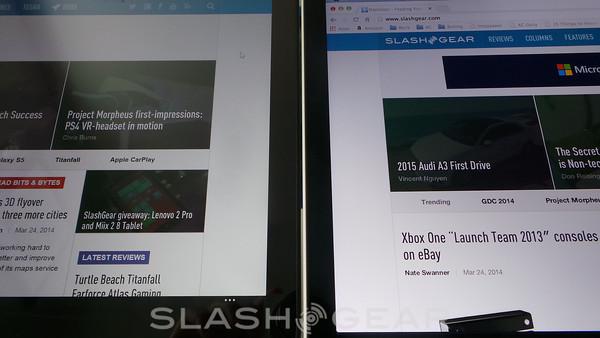 When looking at a list of specs, it’s easy to want more. The Intel Core i5 on the base Spectre may not be an i7, but it is Haswell. In addition to keeping the device humming along nicely, it has benefits for your battery life, does Haswell. When it comes to plain and simple CPU performance, though, we found nothing lacking with the base Spectre 13. 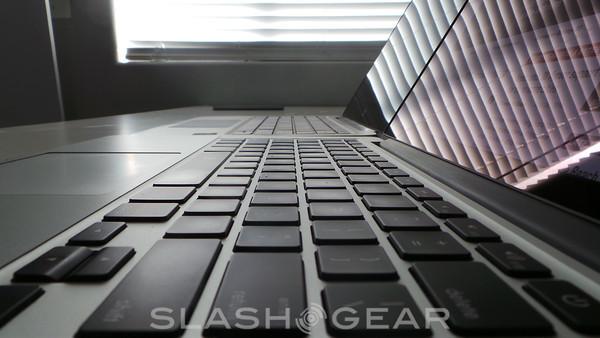 The keyboard is responsive; there is nice travel on the keys, and they don’t give off a clicky sound. If any compliment can be given, it’s that the keyboard is as close to a MacBook as we’ve tested, which it seems is exactly what HP is trying to do with the Spectre. They’ve succeeded, too.

The trackpad is nice, but there was a bit more play on it than preferred. There is also the matter of HP’s “Control Zone”, a fresh take on the Windows 8 platform as experienced through a trackpad. The whole idea is that you have designated areas on the sides of the trackpad in which to perform those Windows gestures we all know as standard now. Bringing up the last app you were using, navigating home — all of it allegedly made easier by the “Control Zone”. 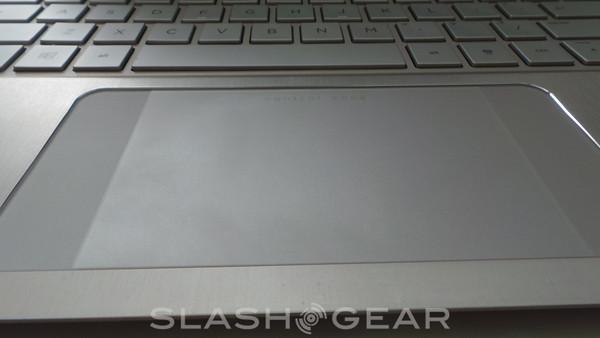 We can say the Control Zone works as advertised, but there is a learning curve. The special areas might have a different texture, but there is still the matter of re-training your brain to understand the feel and action. A “red zone” on your trackpad is a new concept, but it does help with Windows 8 navigation, which can feel muddled and clunky at times. The only issue we take with the trackpad is that it gave a bit much for our liking, almost moving with our fingers. If you don’t like it, there is still the snappy touchscreen to bail you out.

Benchmarks are pretty standard fare, but we’ve included them nonetheless. Given the hardware we had on offer here, we weren’t surprised to see these numbers as they are. From a day-to-day standpoint, the HP Spectre keeps us famously. More intensive operations like gaming did fine, but we can’t say this is a gaming computer — there are very special machines for that crowd. For someone who wants a well-rounded package, the HP Spectre is a great choice. 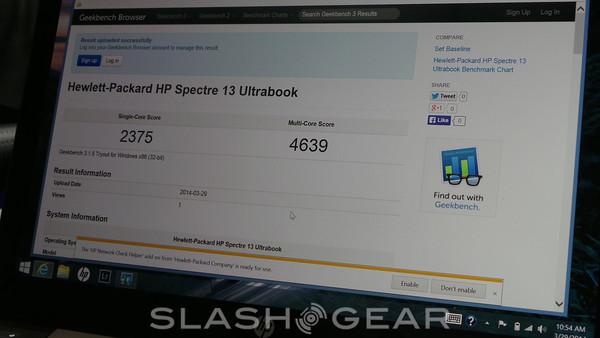 There are no two ways about it: HP tried to make a MacBook. The Spectre is like the illegitimate child of a MacBook Pro and MacBook Air which refused to teach their newborn the ways of OS X. If you’re a Windows user who quietly covets the build and quality of a Mac, check out the Spectre — it’s likely as close as you’ll get right now.

Standing apart from the PC crowd, we like the Spectre’s overall style and functionality. The Control Zone touchpad is nice, but does require some dedication. In some ways, it’s like re-learning Windows. Once you get the hang of it, though, it makes its use cases known. The only issue with that is using a different machine might throw you off.

For those looking for a smartly styled, capable machine, look to the Spectre. The base price of $1,000 is no toe-dip in the pool, but it’s well worth it for the HP. If you need more muscle, the version sporting a better screen and Intel Core i7 will set you back $1,400. Again, well worth it, and considering the screen upgrade, our recommendation here. 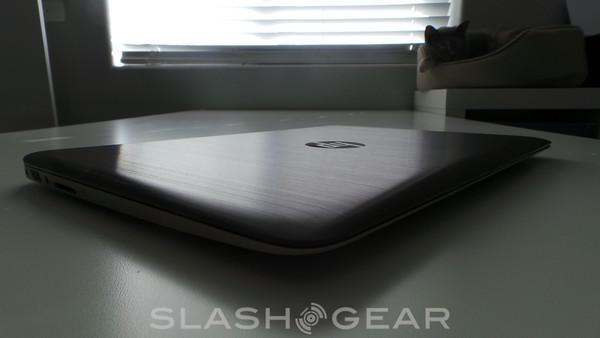