On the cusp of Mobile World Congress 2014, HP has introduced two new business tablets, the first of which is the HP ProPad 600 G1. With this slate comes fairly robust hardware and Windows 8.1/Pro, which runs on the device’s 64-bit Intel Atom quad-core processor.

The HP ProPad 600 will be made available with two processor options: the aforementioned 64-bit Atom option, or a 32-bit Intel Atom Z3775 1.46GHz quad-core offering. The display measures in at 10.1-inches with a 1920 x 1200 pixel resolution, and there’s the common Corning Gorilla Glass in place with anti-smudging.

Users will have their choice of either Windows 8.1 or Windows 8.1 Pro, as well as either 32GB of internal storage space or 64GB of storage. There will be 2GB or 4GB of memory, depending on model, as well as a micro SD expansion slot that supports SDXC cards. The slate itself is graphite in color with Soft Touch paint.

Connectivity is as you’d expect: Bluetooth 4.0 + Low Energy, and 802.11 a/b/g/n with Miracast compatibility. Rounding it all out is a 3.5mm headphone jack, HP’s Premier Sound, an integrated microphone, and stereo speakers. There’s both a front and rear camera (2MP/8MP respectively), and an integrated accelerometer/e-Compass/Gyro.

The ProPad will be available in April — pricing hasn’t been revealed. 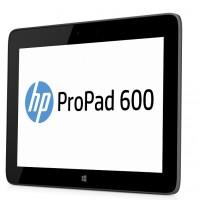 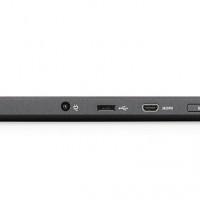 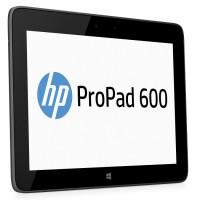