At this point, gaming laptops are mostly a known quantity. Many of them use the same hardware, so the big difference usually come down to aesthetics. HP turned that whole concept on its head today by introducing the Omen X 2S, a new gaming laptop with dual displays as its primary selling point.

We’ve seen companies attempt to shake up display tech on gaming laptops before, but HP’s approach seems to be pretty clever. The 1080p IPS secondary display is positioned above the keyboard, but since it clocks in at 6 inches diagonally, you probably won’t use it for gaming.

Instead, HP envisions scenarios where you use the second screen to display things like Discord, Twitch chat, or Spotify while you’re in-game. By putting those programs on the secondary touch display, you won’t need to alt-tab out of your game as you’re playing to see them. In its announcement today, HP cited a Lightspeed report from October that found 82% of respondents use their mobile phones for messaging while gaming, so it’s clear that HP is targeting a specific niche of single-screen gamers by outfitting the Omen X 2S with a second display. 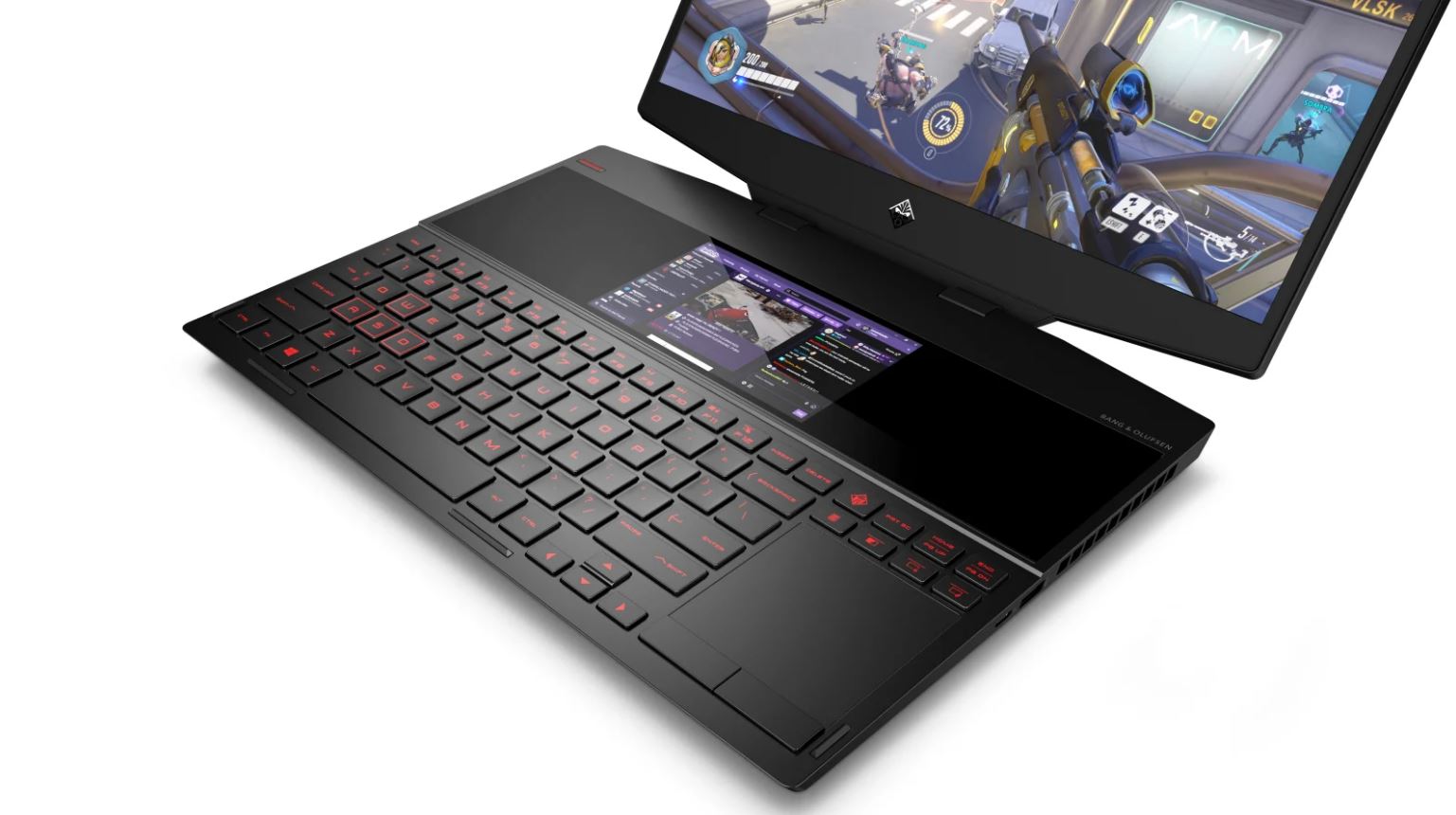 That second screen has more uses besides merely showing the applications you use while you play games. HP says that players will be able to use a “real-time screen mirroring feature” in the OMEN Command Center to cut, magnify, and display portions of the main screen on that second display. For instance, maybe you’d use the second display to show a magnified version of an in-game mini map or a kill feed so you can know what’s happening around you.

Obviously, the Omen X 2S isn’t a budget laptop by any stretch of the imagination, as it starts at $2099.99. That’s merely the price of the base configuration, so the price will get even larger as you swap out hardware for more powerful alternatives. The Omen X 2S will be here in June, with HP planning to launch a 240Hz model at some point in July.