HP today is revealing a handful of new Omen products for PC gamers. The reveals comprise two new desktops and a new display, with the desktops sporting some high-end hardware (depending, of course, on your configuration). Intel fans will have the option of up to a 10th-gen Core i9-10900K CPU, while the AMD adherents among us will be able to outfit their rig with a 7nm Ryzen 9 3900 CPU, if they so choose.

Interestingly, in addition to the typical boasting about hardware and the gaming prowess of these machines, part of HP’s announcement also focuses on chassis size. These new desktops are called the Omen 25L and Omen 30L, and as the names suggest, they come in either 25 liter or 30 liter variants. HP says that there will be multiple chassis options for these desktops, including a “30L model that has a tempered-glass front bezel and EMI-coated glass side panel.”

Of course, the aesthetics of the case don’t matter if the internals aren’t anything to write home about. In addition to those Intel and AMD CPUs detailed above, these desktops will also use up to an RTX 2080 Ti or a Radeon RX 5700 XT. We’ll also see cooling options from Cooler Master, in the form of either a 92mm air cooler or a 120mm liquid cooler. Cooler Master will also be handling the PSU choices, which top out at a 750W Cooler Master 80 PLUS Platinum.

Configuration options for RAM go up to 64GB of DDR4-3200MHz XMP memory from HyperX, which of course includes RGB, while storage options top out at a pair of 2TB WD_Black PCIe M.2 SSDs. At the end of it all, it sounds like these desktops will certainly have the option of being decked out, assuming of course that you have the cash to afford such a configuration. 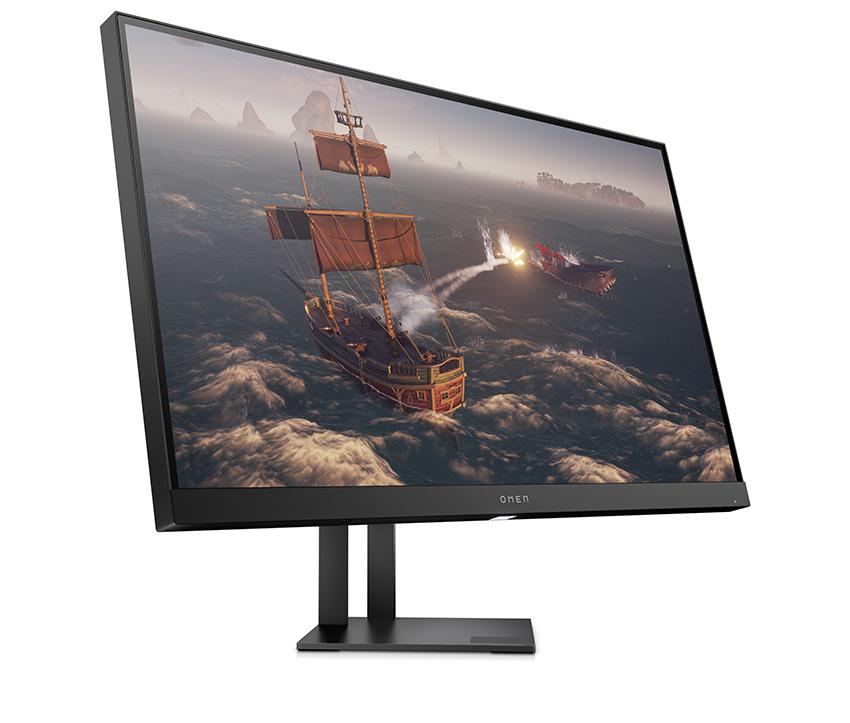 Launching alongside these new desktops is the Omen 27i gaming monitor, which is outfitted with a 2560 x 1440 Nano IPS display that boasts a color gamut of 98% DCI-P3 and a max brightness of 350 nits. The monitor supports NVIDIA G-SYNC (sorry, AMD fans) and has a max refresh rate of 165Hz with up to a 1ms response time.