How to charge your iPhone wirelessly at Starbucks

Now that Starbucks and Duracell are rolling out a nationwide wireless charging initiative at Starbucks stores, will it work with your phone? Not a lot of us have phones that can accept a charge via a contact pad like the Powermat Starbucks will be using. Especially those with iPhones, which has never had any method of wireless charging. That’s changed, though, and we’ll tell you how you can charge your iPhone wirelessly at Starbucks in the near future.

For Starbucks fans, this is a boon. Pop in, grab a coffee, and charge your phone or tablet while you do something else. Bring a laptop if you like, or alternate between devices. The Powermat uses an inductive charging method, so your device needs contact or very close proximity to the actual charging mat. We won’t go into the complicated, muddied waters of wireless charging standards here (because it’s long and slightly boring), but ou will need to stay put while charging.

Powermat is made by Duracell, and needs some special equipment. You can grab the case for your phone, which looks alright, or use a small plug-in charging dongle. Wait, we said this was cordless, didn’t we? Why are we talking about plugging in?! 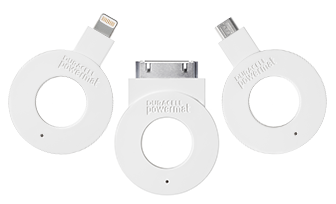 As we stated before, this ring will need to be in very close proximity to the center of the charging mat on your table, so you’ll have to stay put. By absorbing the delightful charging glow emitted from the table (no, it doesn’t actually glow…), the ring then feeds that juice to your battery. It’s like plugging in, except you’re not tethered to a wall.

If a new table opens up, or you need to hit the restroom, you can just pick it up and go without worrying about cables and cords. No packing up, no ruining charging ports because you yanked the cable out. You will have to align the ring over the center of the charging mat, but it’s not an exacting science.

This could also benefit those who are interested in the incoming iPhone 6. A leaked photo series we got hold of a few days ago suggests the Apple logo will be a cutout, and could be used for wireless charging. In that case, you may not need a plug-in ring or case at Starbucks, but that’s a ways off. Months if you want one immediately, and longer if you can’t upgrade to a new iPhone yet. 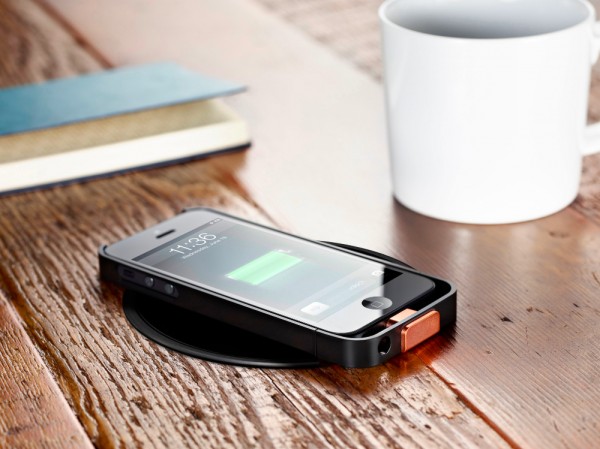 You’re probably thinking “uh, I’ve never seen one of these rings, and Google Search doesn’t show me where to get one”. Good point. I can say that we saw this at CES earlier this year at a Starbucks in the convention center, and the rings were simply sitting out on the table for all to use. We can’t say Starbucks will do that on this broader scale, but Duracell tells us the rings will hit retail locations soon.

The company didn’t share where we’d be able to pick them up, or how much they’d cost. Apple carries the Powermat in their online store, so it’s possible you could pick a ring up there as well in the future. The case with a Powermat retails for around $120 – the ring will hopefully cost nowhere near that.