How the new MacBook Pro made me rethink the Apple Watch

When the Apple Watch launched, I eagerly bought into the hype and ended up with the wearable on my wrist. It was easily the best wearable I’d ever tried (I’d sampled plenty of Android Wear devices with Nexus handsets ahead of then, and no thanks). Over time, my excitement waned, and the Watch felt a lot like some sort of burden; another device to charge nightly. Now that new MacBooks Pro are here, I’m confident I’ll never buy another Apple Watch.

Apple Watch vs itself

I had plenty of complaints about my watch, but none of them necessarily made me take it off my wrist. It was a bit slow, and the interface was a bit clunky on version 1.0. Apple did a good job of clearing those pain-points up, too.

At some point, I decided to stop wearing my watch for a week or so. Oddly, I didn’t miss it. While I think it’s fantastic hardware, there’s just nothing compelling about it for me anymore. So after a few bouts of leaving it off my wrist for prolonged periods of time, I just stopped wearing it.

Then I sold it.

When Apple launched the iPhone 7, I was forced to consider the Apple Watch Series 2 it also released at the event. It seemed like everything I’d wanted my original to be, but I still didn’t get the warm-and-fuzzies about it.

Then again, that little trick Apple has where the Watch will unlock a MacBook was calling to me. By this time, we all knew new MacBooks were on the horizon, so I assumed that feature would make its way to them as well. 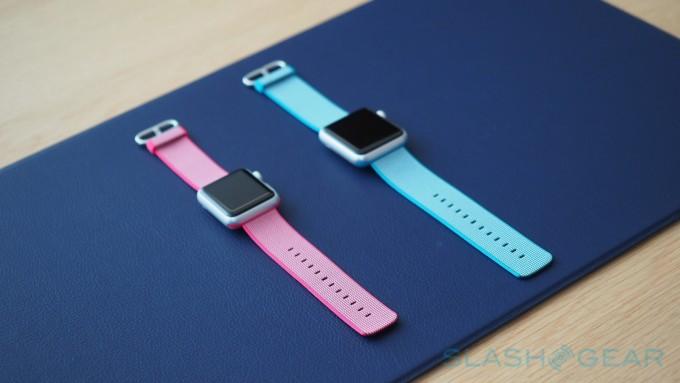 How a computer makes me not want a watch

And maybe it will, but Touch ID is far more useful and exciting — and definitely on the MacBook Pro I have coming my way. While the singular feature of having my MacBook unlock because of an Apple Watch wasn’t my only reason for purchasing either, it was a contributing factor.

I was really considering it, too. Security is fairly important to me, and I liked the idea of my computer only unlocking when I was physically in front of it. As you might imagine, Touch ID solves that much more directly than an Apple Watch.

If we want to nitpick, there’s a silly argument to be made that the MacBook Pro has an Apple Watch included, but I digress.

Without meaning to, Apple gave me an excuse to not buy the Apple Watch again, and I’m very okay with that. The magnetic charging cable is one less I have to keep track of, and I don’t feel the need to have a dock for my nightstand. In addition to saving me $400 or so for the Watch, I also don’t have to buy bands, stands, chargers or whatever other neat things drift into the Apple Watch ecosystem.

But after spending a few grand on the MacBook Pro, I don’t think Apple’s too worried about my not buying an Apple Watch. The bottom line is just fine.