Mercedes-AMG recently unveiled the all-new M139 2.0-liter turbocharged engine. It’s a complete redesign of the previous-gen M133 four-cylinder motor in the outgoing Mercedes-AMG A45, CLA45, and GLA45. And, with up to 415 horsepower and 369 pound-feet of torque available, the M139 earns the title of the most powerful four-cylinder engine in the world.

The old M133 is by no means lacking in power. Mercedes tuned it for 208 horsepower in the current GLA 250, and 375 horsepower in the GLA 45. Time, tide, and an appetite for horsepower waits for nobody, however, and combined with toughening emissions requirements and the desire for the smallest and lightest package, the power-hungry boffins at Mercedes-AMG went to work and burned the midnight oil to create the new M139. 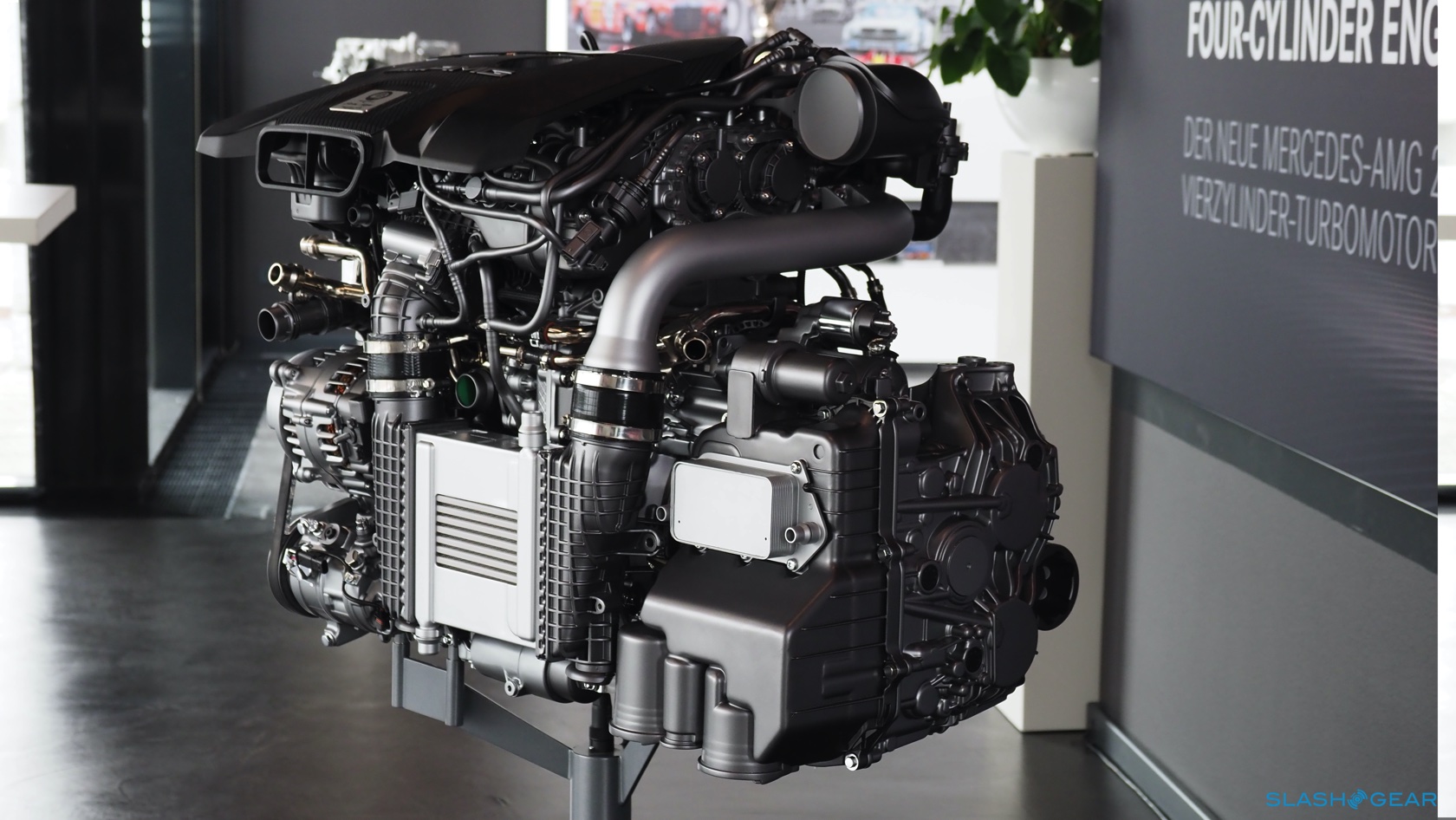 The result is 382 horsepower in its standard form, which is a reasonable jump from the 375 horsepower output of the old motor. In its most potent ‘S’ form, however, the M139 churns out 415 horsepower and 369 pound-feet of torque.

However this new motor isn’t just about a hike in power figures. The aim was to alter the torque delivery, too, with the screaming action of an F1 motor as AMG’s inspiration. If there’s one thing missing in the old M133, after all, it’s the lack of torque at higher engine speeds. The previous engine had a tendency to dump its power at low engine speeds like a diesel motor, but then flatline as the engine reaches the upper limits of the rev range. In contrast, the M139 aims for a rush of acceleration regardless of the engine speed.

Mercedes says the new 2.0-liter four-cylinder produces peak torque at 5,200 rpm. However, it also generates higher amounts of torque between 1,000-2,000 rpm compared to the old engine. The most vigorous push comes as early as 3,000 rpm, the automaker promises, with the M139 shaping up to provide instant shove without the need to bury the gas pedal. And, since the engine torque is better distributed, you also get a driving feel more similar to that of a naturally-aspirated, big displacement motor.

Achieving all that required tossing out the old blueprints and coming up with new plans. The M139 engine is entirely new, only carrying over a handful of nuts and bolts from its predecessor. Mercedes-AMG developed a lighter – yet stronger – cylinder block, that withstands 160 bar (2,320 psi) of combustion pressure. 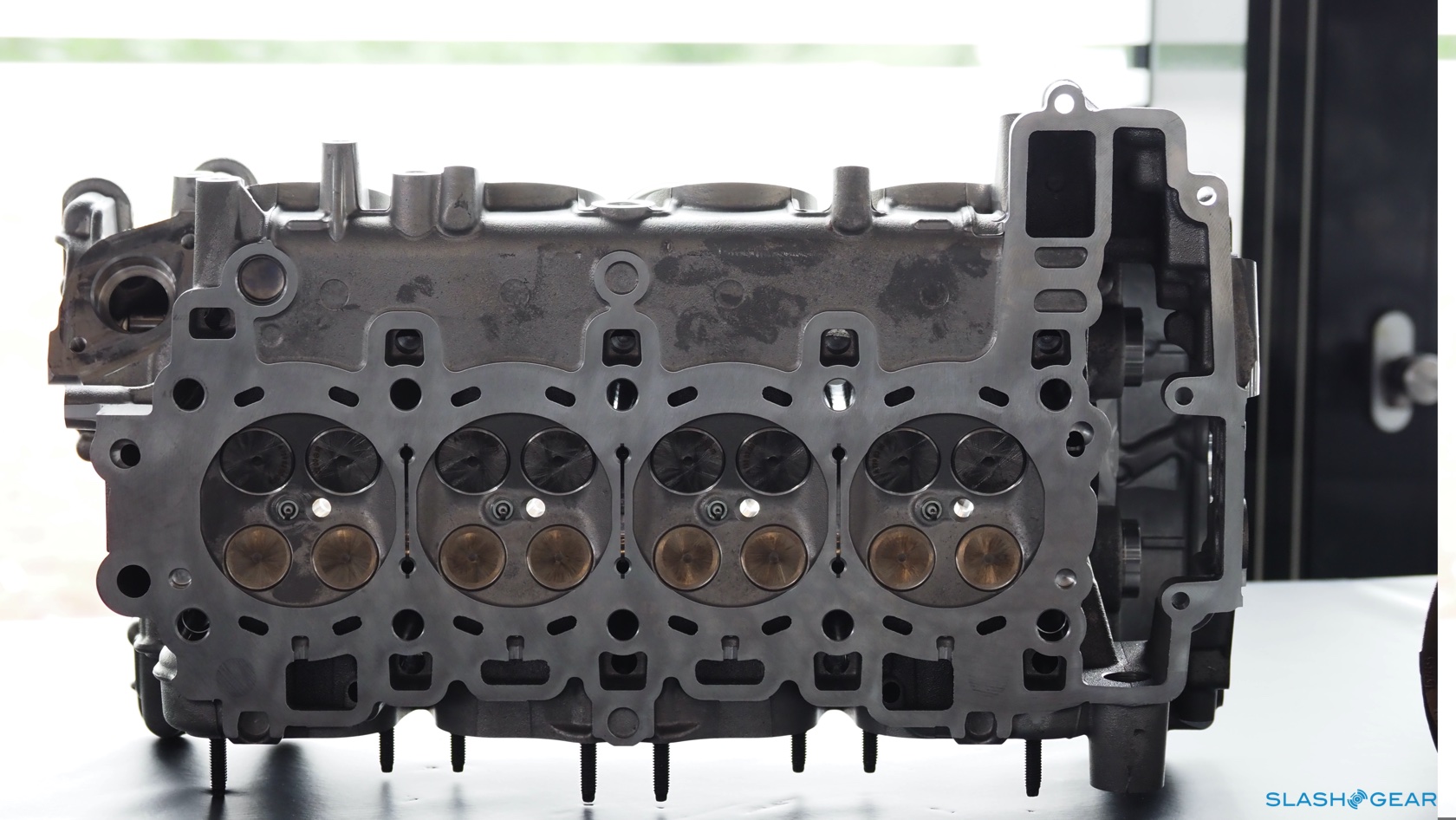 Mercedes says this new alloy block is as strong and rigid as the cylinder block in a modern diesel motor. It’s also designed to mimic the strengthening characteristics of a diesel engine block with a closed-deck design, part-closed crankcase, and strengthening skirts in the cylinder housing. 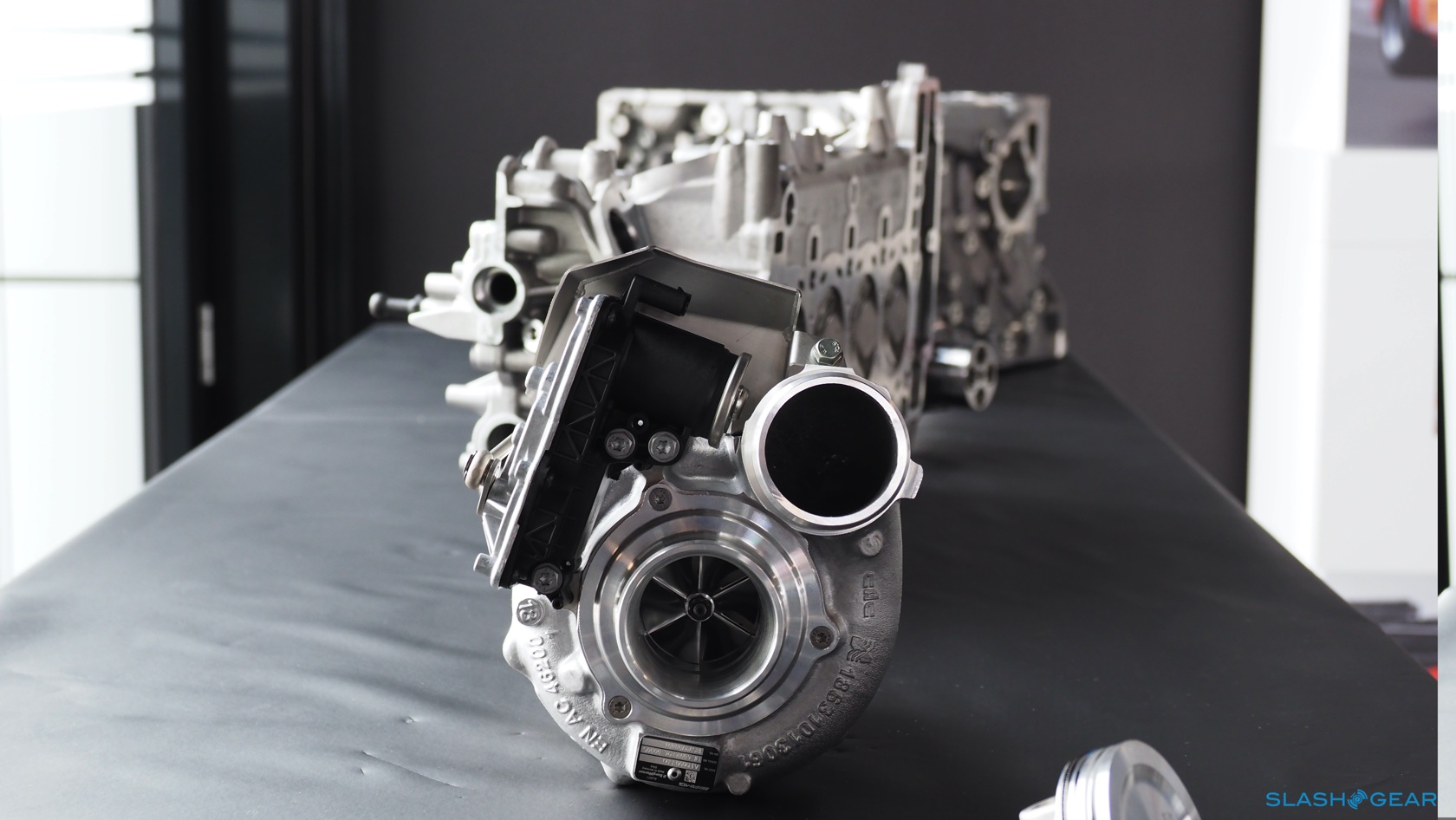 Then there are larger valve seats and exhaust valves, a new water jacket, and segregated coolant plumbing for the cylinder head and block. The engine also benefits from electric water pumps that operate independently to the engine: they mean the motor can continue to cool down the engine block, cylinder head, and turbocharger even after turning off the engine. Additionally, Mercedes-AMG bolted on a new 16-valve cylinder head with Camtronic variable inlet and exhaust valves. This system combines two camshaft profiles to deliver enhanced throttle response and better fuel economy. 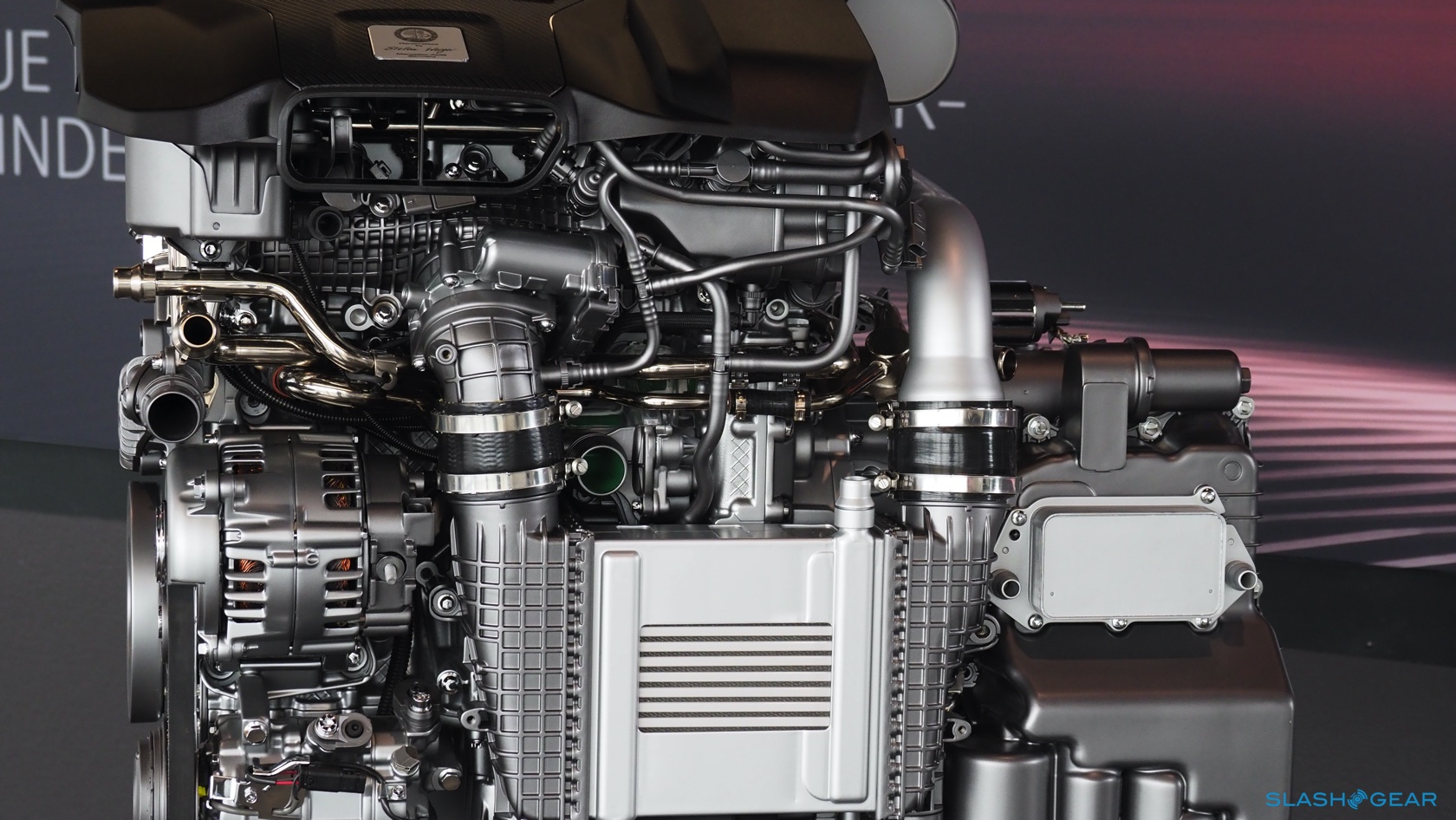 Arguably the most interesting aspect of the M139 is the dual fuel injectors found in each cylinder. In normal driving, the fuel is delivered by the single piezo-injector on top of the motor. At higher engine speeds or under hard acceleration, though, a second fuel injector in the inlet manifold tract kicks in. It supplies more fuel to sustain the boost delivery inside the combustion chamber. 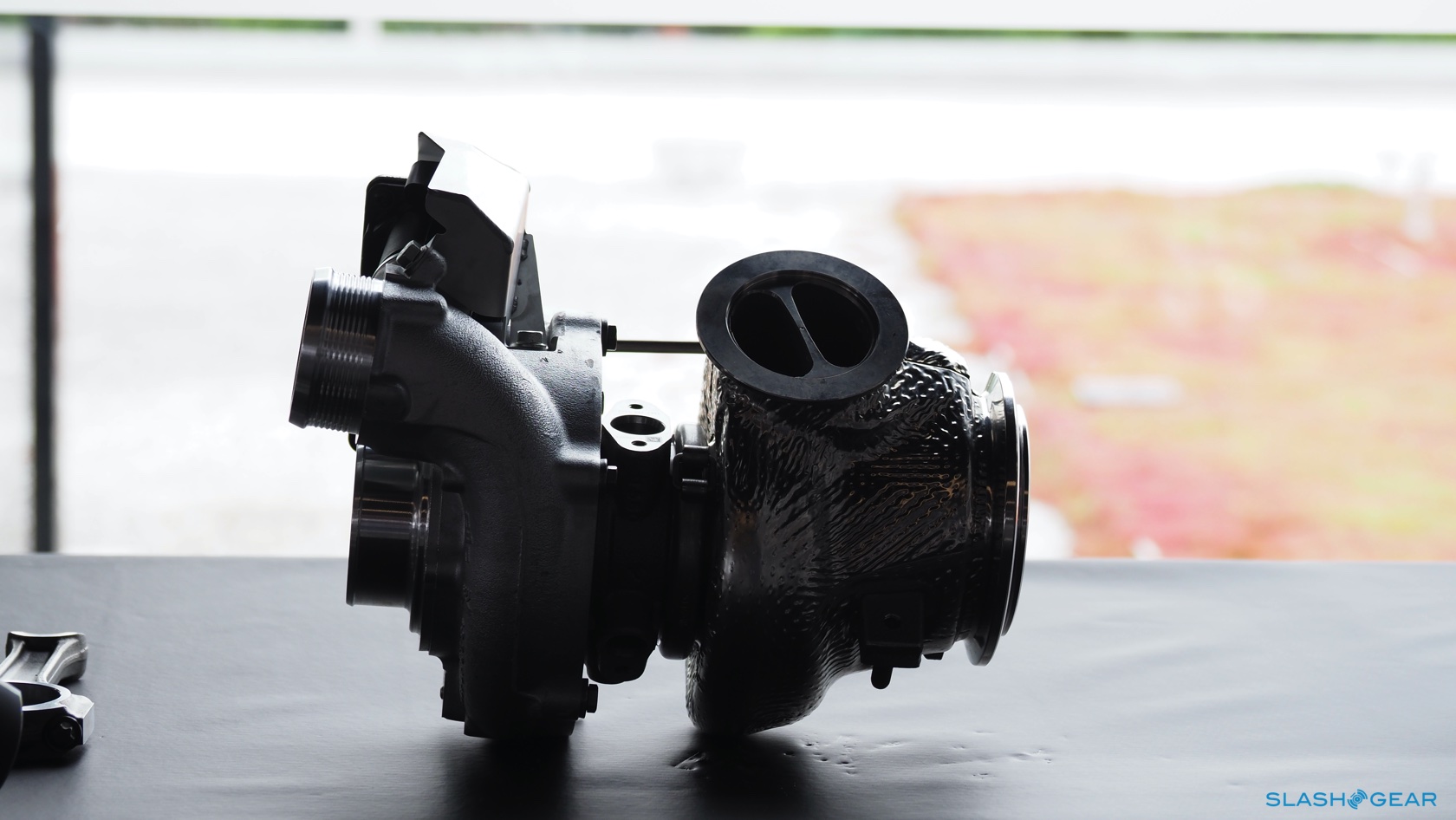 There’s also a new and larger turbocharger residing between the engine and the front bulkhead. This unusual location necessitates better cooling techniques to prevent the blower from overheating under sustained high-rpm operation. This is achievable thanks to the new coolant plumbing, but most of it has something to do with the new engine cover that directs cooling air to the turbocharger. Mercedes says the 415-horsepower ‘S’ version of the M139 also utilizes cooling air from the HVAC system when needed. The turbocharger itself is a low-friction roller bearing design with an electronically-controlled wastegate. 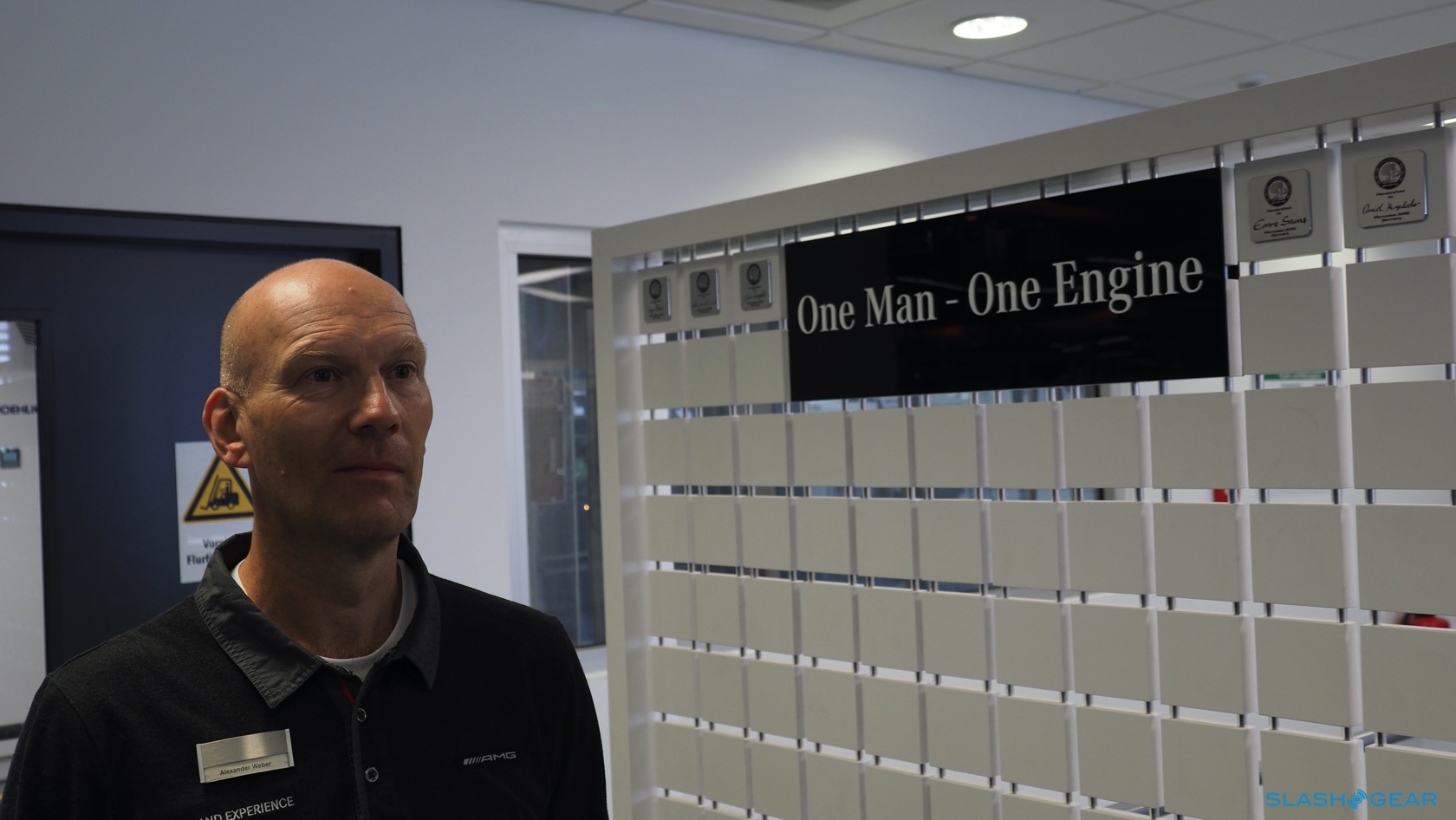 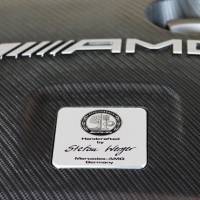 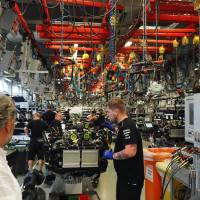 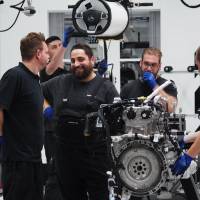 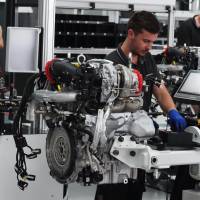 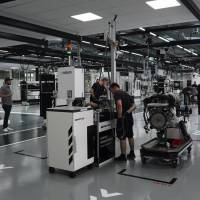 The most powerful four-cylinder engine in the world is no mass-produced motor. Each engine is still built by hand in accordance with AMG’s tradition of the ‘one man, one engine’ method. However, Mercedes established a more streamlined approach in engine building using the latest in modern technology. Each person on the line makes use of special power tools that electronically record the torque applied to each fixture and the assembly sequence. Mercedes claims this new approach allows the AMG manufacturing facility to churn out 140 engines each day in two alternating shifts. It also reduces production time by 20- to 25-percent.

The new Mercedes-AMG M139 engine will make its production debut in the incoming Mercedes CLA 250 and CLA 45. The GLA 45 will get the same motor later in the year.