How 1,699 Linux games can give Steam OS a boost

As of today, there are 1,699 games on Steam compatible with Linux. That’s just one game short of a 1,700 of a significant milestone. But why the obsession with numbers on a platform traditionally associated more with servers and render farms and very rarely modern games? Because Valve has placed all its Steam OS eggs in one Linux basket and the adoption of the operating system in this market will ultimately seal the fate of what is perhaps the company’s biggest, not to mention riskiest, business venture. 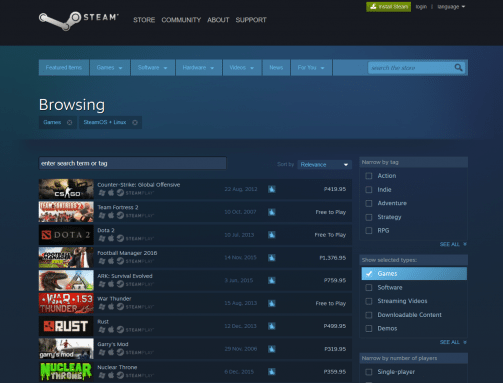 1,700 games is just a fraction of Steam’s entire game catalog. And despite that number, Linux users still comprise less than 1% of Steam’s user and customer base. With such dismal numbers, it seems almost inconceivable that Valve would bank on the OS for its Steam OS venture. But all of it is in the quest to save PC gaming.

Once the king of computer gaming, the PC has been steadily experiencing a decline, especially with the combine onslaught of major consoles. The new trend of mobile gaming hasn’t helped either. There just aren’t as many high quality, triple A titles for PCs as there are for PlayStations, Xboxes, and even Wiis. The problem isn’t because PCs are not capable of handling these. On the contrary, the problem is that they are too capable, which is the irony of the situation.

PCs, especially gaming rigs, more often than not vary wildly when it comes to specs and components. Gamers are free to plug in any CPU, video card, RAM, storage type, and even display resolution on the dream gaming PC. Making sure your game works on as many possible combinations of hardware is a logistic impossibility. In contrast, there’s only one standard spec for a PlayStation 4, give or take a few variants. Same with an Xbox One. It is ultimately less stressful for a game developer to target a console, leading to poorly done ports or complete absence on PCs.

And that is where Valve and its Steam Machines step in.

The idea behind Steam Machines is simple enough. Valve will have a specification of what constitutes a Steam Machine. PC makers can then use that to design their own versions. And game developers can create games that specifically target Steam Machines, secure in the knowledge that what works on one Steam Machine will work on other Steam Machines. Sure, there will be a few variations here and there, like Intel vs AMD GPUs, but Valve has the base mostly covered. 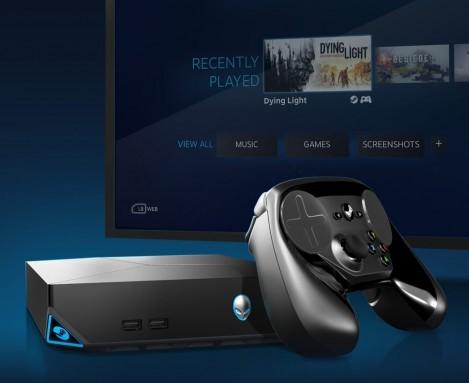 To have a Steam Machine, however, you’ll also need an operating system to run on it. Considering that, until a few years ago, all of Steam’s games ran only on Windows, it probably would have made perfect sense that Steam Machines ran Windows too. That might not have made business sense, however, as it would have required Valve to purchase licenses from Microsoft, which would have been an awkward arrangement considering Valve is effectively trying to outdo Microsoft’s Xbox.

The only feasible option would have been to adopt or create their own Linux variant. Linux is known to be a steadfast workhorse when it comes to servers and enterprise computers. Depending on how you set it up, it can be stable as a rock and use as little resources as possible. This almost makes it the perfect gaming OS, with the OS itself taking up as little hardware resources as needed, leaving the game to hog all the power.

The struggles of Linux as a gaming platform

As the numbers themselves show, theory and practice don’t really match in this case. And it’s not entirely Linux’s fault either. Despite Valve’s rallying call, not many game developers have scrambled to make or even port their titles to the OS. If Linux is so ideal for gaming, why are there so few willing to make games for it? Sadly, the answers are myriad, a convoluted mess of causes and effects that intersect with each other like an intricate and deadly web that continues to hamper Valve’s plans.

First and foremost would be the so-called API wars. To be more specific, DirectX (Direct3D, really) versus OpenGL. The former a proprietary Microsoft library, the latter an open industry-wide standard. When it comes to games, Direct3D has emerged the victor, though there pockets of OpenGL use here and there. It doesn’t take a genius to guess which API Valve is rooting for. But so many developers and tools have already been ingrained in Microsoft’s ecosystem that shifting to OpenGL would require an effort of Herculean proportions. Yes, there are tools that try to make it easier, but nothing can be fully automated in this regard.

The weight of developers’ choice also dictates the driver situation on the two operating systems. Graphic card makers are, naturally, more interested in making sure they support the latest and best DirectX technologies. They do support OpenGL, but the exact results of that support aren’t as consistent as, say, on Windows. The situation is complicated further by the proprietary nature of these drivers. Being an open source OS, Linux has users that prefer to use open source drivers. While those do exist, they are sometimes sub par to the proprietary ones, which are already lagging way behind their Windows counterpart.

These factors, and many more like business and even collusions, have mostly discouraged, even scared, developers from investing in the platform. In turn, that has resulted in few hit titles making their way to Linux and Steam OS. And like a vicious cycle, it has cemented the notion of Linux as a gaming unfriendly OS. 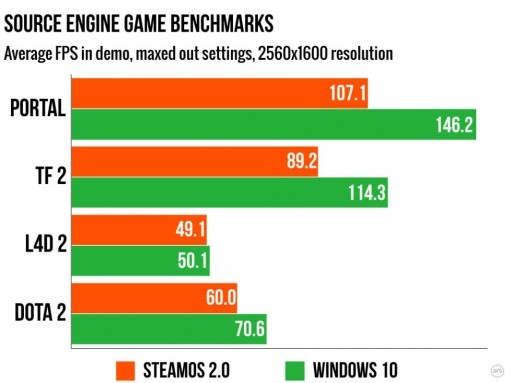 For Linux and Steam OS fans, the good news is that the battle is far from over. The bad news is that it’s going to be a pretty long, drawn out battle. 1,700 games might sound like a lot, but dozens, nay hundreds, of those might not always pass for quality or interest. Of course, there are numerous indie titles that are more than worthy of praise and purchase, but if you’re looking for titles that make the Top 10 of the Year list, you’ll be left wanting. And even those that do have PC ports don’t always have Steam OS support.

Hope, however, springs eternal. The addition of Linux support from top game development tools like Unreal, Unity 3D, and more helps ease developers’ pain and anxiety. It’s a change that’s not going to happen overnight, but it’s going to happen. That is, if Valve doesn’t give up.

Valve’s problem right now is traction and maintaining interest. The success of Steam OS is, of course, tied to the success of its Steam Machines, and already the latter is experiencing rough patches. Long delayed, it has seen many of its former supporters put out Steam Machines that run Windows instead. The driver situation on Linux has also produced rather disappointing numbers as far as performance goes. In the face of all these issues, it almost seems too easy for Valve to just cut its losses and jump ship. And it could do that too in the future, when push comes to shove. But if Valve really does want to make a difference in PC gaming that will last for generations to come, it will probably be best to stick to its guns and continue pushing Linux gaming forward.