Huawei sub-brand Honor definitely seems to be on a roll. In addition to being credited for making up more than half of Huawei’s total number of shipped phones last quarter, it has been pushing out one smartphone after another, from the Honor 10 to the Honor 7X to the Honor Play and upcoming Honor Magic 2 slider. But before that last one even hits the market, Honor is putting out the Honor 8X and Honor 8X Max, the latter pushing the limits of what it means to be a smartphone.

Truth be told, the Honor 8X Max, despite its lower specs, is a tad more interesting because of the size factor. With a 7.12-inch screen, it basically breaks into small tablet territory. It’s not a bad tablet, for that matter, just not a high-end one. The screen is 2244×1080 FHD+ and it runs on either a Qualcomm Snapdragon 660 or 636, depending on the configuration. Those range from 4 GB or 6 GB of RAM and 64 GB or 128 GB of storage. It has dual cameras on the back, 16 and 2 megapixels, and a measly 8 megapixel selfie shooter. 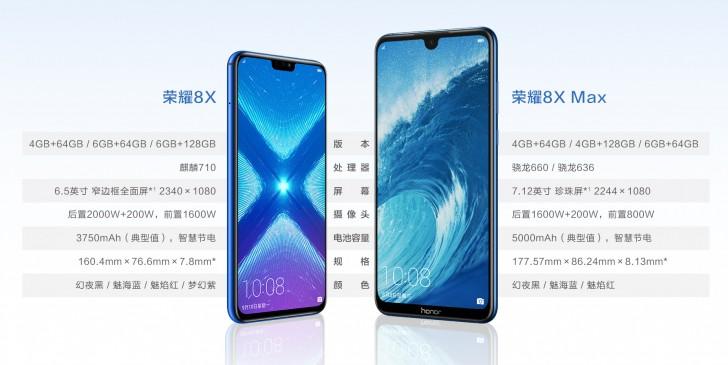 The Honor 8X may be smaller but it’s definitely no dwarf, with a 6.5-inch 2340×1080 screen. It runs on Hauwei’s latest mid-range Kirin 710 SoC, with 4 or 6 GB of RAM. The 20 megapixel f/1.8 main camera is paired with a 2 megapixel depth sensor and the front camera boasts 16 mgapixels. They might be big in size, but they might not be your cup of tea when it comes to raw power and specs. 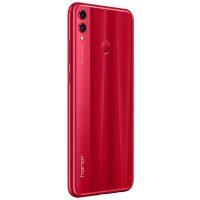 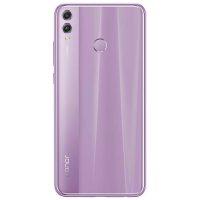 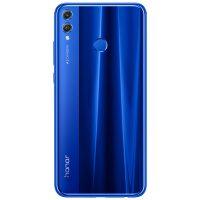 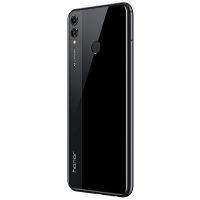 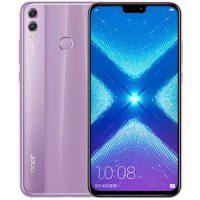 These are also Honor’s first phones to sport the new “waterdrop” notch that’s fast becoming the trend among Chinese OEMs. Of course, these Honor phones are priced as low as they can be, starting at 1,399 RMB ($205) for the lowest Honor 8X all the way up to only 1,799 RMB ($263) for the Snapdragon 636 variant of the Honor 8X Max. And, of course, no word yet if Honor will make any of the two available to the US.