The drama surrounding Huawei’s ban from importing and buying US products continues to unfold and the latest episode revolves around what is believed to be its answer to Android. Internally called “HongMeng”, the Android replacement is reportedly ready for deployment. Not next month, as an earlier report indicated but sometime starting later this year. What HongMeng really is continues to be a mystery but here are the breadcrumbs we’ve gathered about it from different corner of sources.

It’s not coming next month

Foreseeing this exact situation, Huawei says it has been ready since January 2018 but held off releasing the OS to maintain its relationships with Google and other US-based partners. Now that those have cut their ties, it will be moving forward with a launch in China in late 2019 and a global release sometime in 2020.

“HongMeng” is just the operating system’s codename and Huawei knows it won’t do for a marketing name. It has apparently been filing trademarks across the world for an “Ark OS” name. While there’s no certainty that Ark OS is HongMeng’s commercial name, given the timing of the filings, it’s almost a sure thing.

It will run Android apps but may not be Android-based

WinFuture obtained some alleged screenshots of this Ark OS and it’s pretty clear it can run Android apps, complete with standard Android permissions. That’s pretty much a no brainer because, as the likes of Samsung’s Tizen OS and Jolla’s Sailfish OS or even Microsoft’s Windows Phone proved, HongMeng wouldn’t survive without a massive number of apps. Especially the most popular ones.

What’s still not certain, however, is whether HongMeng/Ark OS itself is based on Android or if it simply has a compatibility layer for Android apps. The latter, while possible, is extremely tricky and our bet is on a modification of the Android Open Source Project or AOSP. 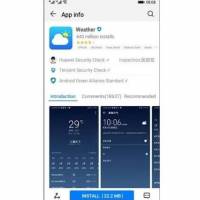 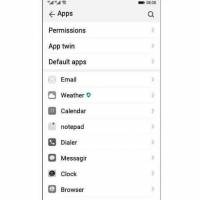 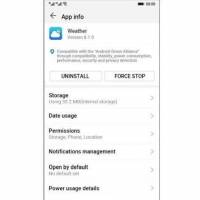 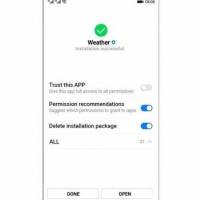 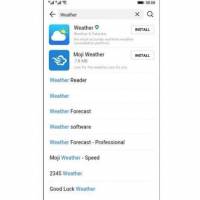 It is compatible with the “Android Green Alliance”

The screenshots also reveal a name that few may have seen before. The Android Green Alliance was formed in 2016 by Huawei, Tencent, Baidu, Alibaba, and NetEase in an effort to improve the quality of Android experience on Chinese phones. This does seem to confirm that Ark OS is indeed based on Android. Whether or not the other members of the alliance stand behind Huawei on this front is, of course, a different question altogether.

Huawei boasts it can make it on its own

Huawei, however, is almost boastful that it has all that it needs to keep its business running, except for Intel chips for PCs and servers. It is using its own Kirin chipset for its phones, of course, but also claims to have ARM-based processors and database software to replace Intel and Oracle. How that stands in light of ARM’s withdrawal from Huawei remains to be seen.

The company also says outright that Wi-Fi, Bluetooth, and SD card alliances actually stand to lose in keeping out a big contributor such as itself. As international standards, however, Huawei suggests it can use such technologies even without being part of that alliance.