Honda has announced a new omnidirectional safety and driver assistance system called Honda SENSING 360. The new safety system will be rolled out first in China starting in 2022 before being expanded globally. Honda SENSING 360 has an expanded sensing range that not only covers the front and rear of the vehicle but functions omnidirectionally completely around the vehicle.

The automaker says it will have the safety system available on all models in all major markets by 2030. The system is part of the automaker’s goal of attaining a collision-free society. Honda has been researching and developing safety technology in both hardware and software for years. SENSING 360 uses five millimeter-wave radar units located in the front and at each corner of the vehicle.

The system also relies on a binocular camera is used in the current Honda SENSING system. By adding the additional sensing range, all blind spots around the vehicle are covered, particularly areas that are difficult for drivers to see. Honda says its system will help to avoid collisions with other vehicles and pedestrians while reducing driver workload. The automaker leveraged knowledge it gained during the development of Level 3 automated driving technology.

One of the major features of SENSING 360 is an advanced Collision Mitigation Braking System. The system can detect other vehicles or pedestrians when making right or left turns at an intersection. When the system detects a potential collision, the braking system activates. With sensors arrayed to cover all around the vehicle, the braking system can detect and mitigate collisions from all directions. 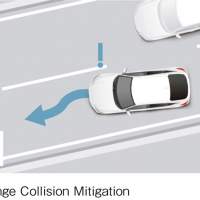 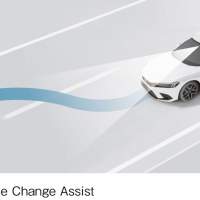 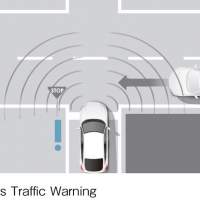 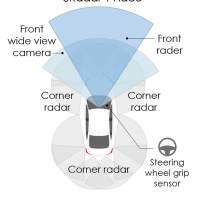 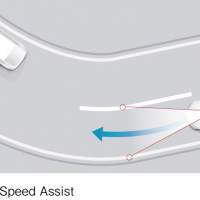 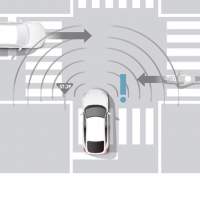 The system also utilizes Front Cross Traffic Warning to notify drivers about vehicles approaching when attempting to cross an intersection that might be blocked by obstacles such as plants or buildings. If a potential collision is recognized, the braking system activates along with audio and visual warnings. Lane Change Mitigation systems are designed to prevent drivers from impacting another vehicle that might be in their blind spot. SENSING 360 also leverages systems to assist with lane changes and cornering speed.