Thanks to the well-timed and successful film adaptation of “Ready Player One”, virtual reality has gained even more mainstream attention. Ironically, it has also set up somewhat unreal expectations of what VR is and can do. Fortunately, there are some that are rising up to the challenge to actually make fiction real. Like startup Kaaya Tech whose HoloSuit could herald the way we control and feel in virtual reality.

While VR has gotten the visuals and even the sounds down to a T, it is still missing two vital components that could really turn the technology around. One is more intuitive and controller-free controls and the other is believable haptic feedback. Both are addressed by simply wearing a HoloSuit, full body or just parts. 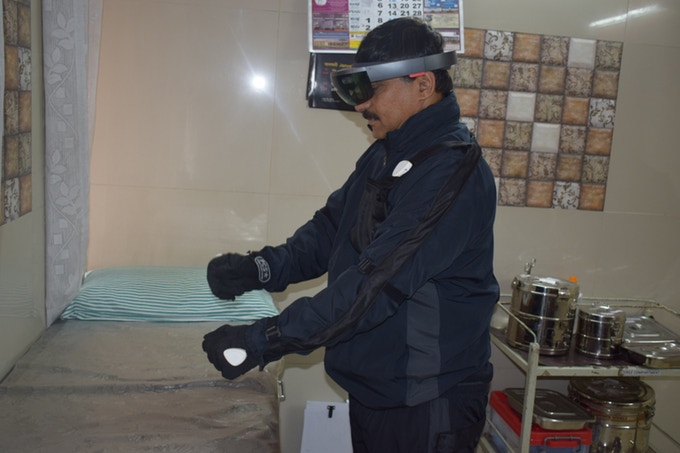 The full-body HoloSuit Pro is the one that takes you closest to science fiction. With 36 sensors points and 9 haptic feedback devices, you can make a VR avatar or even a real-world humanoid robot mirror your body’s movements. No awkward controllers involved. But if you’re not up for a somewhat uncomfortable and definitely expensive full-body experience, the HoloSuit jacket delivers part of that experience with the option to add gloves, pants, and more at a later date.

The HoloSuit is admittedly the holy grail of VR control and feedback, which is how it managed to pass its crowdfunding goal so quickly. Of course, it helps that each piece isn’t exactly cheap. There’s a little less than a month left on its Kickstarter to let you prepare the funds you need for that risky venture.