It’s almost hard to believe, but barring some kind of last-minute catastrophe, Amazon’s MMO New World is finally launching this week. It’s been a long road to get to this point, as New World has seen numerous betas and a handful of delays. Now, after an extended wait, MMO fans are finally going to get a chance to dive into the full game.

New World officially launches around the world tomorrow, September 28th, 2021. Pre-loading is available worldwide at the moment, so you can start downloading the game and have it ready to play as soon as the servers go live tomorrow morning. Below, you can see the launch times for New World’s various servers worldwide, with the US West server launching at 8 AM PDT and the US East server going live at 8 AM EDT.

See how you can prepare for launch and get exclusive drops from some of your favorite content creators!

Over on Reddit, user AnshinGG has compiled all of this information into the convenient chart you see below. This is much more specific than the image Amazon shared, as it shows server launch times for all five New World servers in each different timezone. So, for instance, players in the Central timezone will be able to hop onto US East at 7:00 AM CDT, while they’ll have to wait until 10 AM CDT to join US West servers. 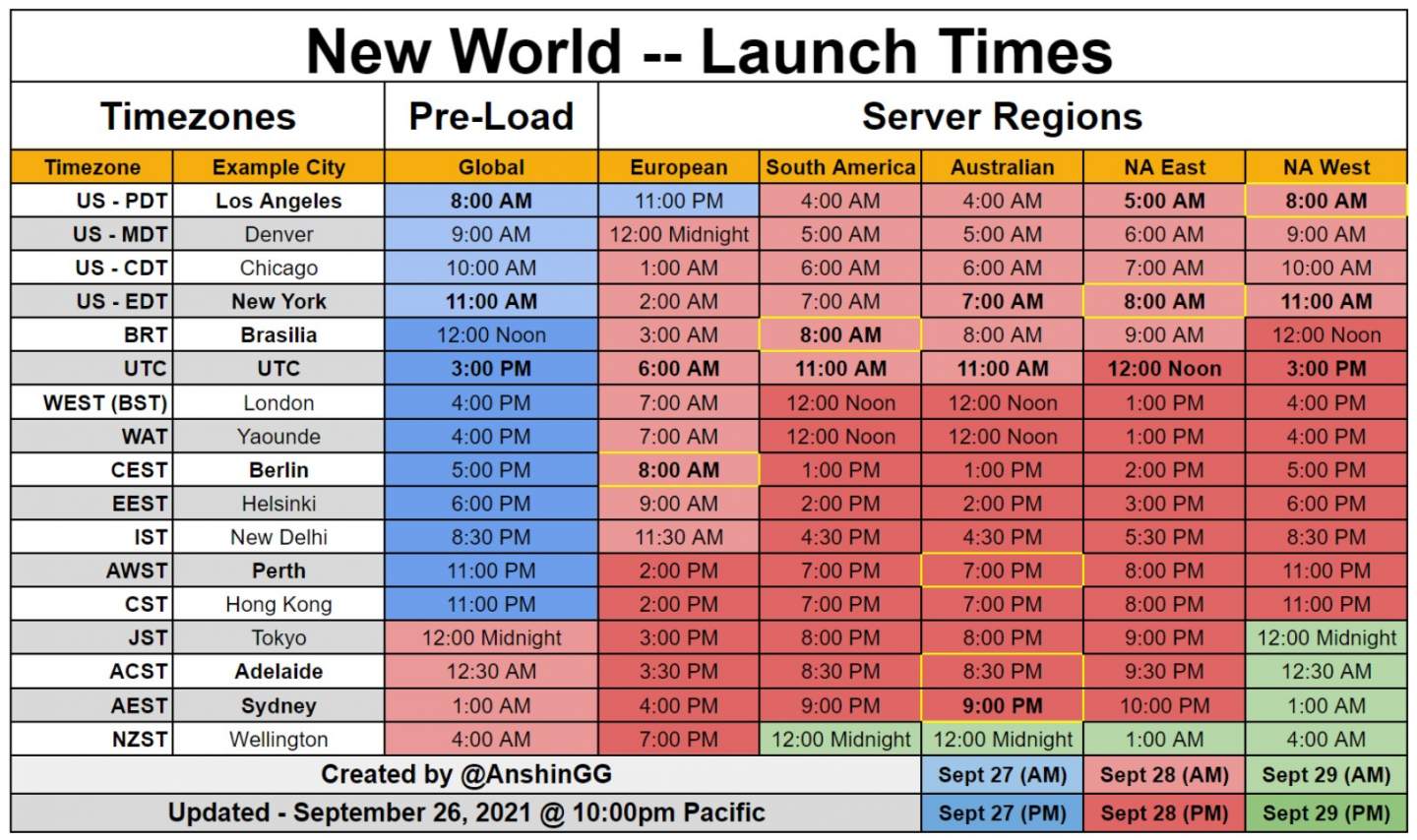 A word of warning to those who might be new to MMO launch days: while tomorrow is certainly an exciting day for those who have been waiting for New World, you should expect to encounter plenty of headaches in your quest to get some playtime in tomorrow. While some day-one players will undoubtedly get to spend a lot of time with the game, many of us may encounter long queues and server errors as the New World servers are overwhelmed by a rush of new players.

Hopefully, launch day goes smoothly, but MMO launches of the past have taught us to expect neverending queues and server woes. We’ll see how New World‘s launch goes soon enough, as we’re now less than 24 hours out from release. We’ll be covering the launch of New World here at SlashGear, so check back with us tomorrow for more.