If you haven’t had your fill yet of cyberpunk computer games, particularly from the Shadowrun setting, then it’s time to do a happy dance. Harebrained Schemes has once again taken to everyone’s favorite crowdfunding platform to help extend its next game’s scope. Taking place in a magically awakened Hong Kong of 2056, Shadowrun: Hong Kong is the third Shadowrun-based computer game from the developer and its second to hit Kickstarter. And despite some negative feedback, it seems that this will be a funding success as well.

Their first attempt, Shadowrun Returns, was one of the more highly acclaimed and successful games to run on Kickstarter, having been able to deliver a game, though a bit delayed, with an acceptable amount of quality and critical acclaim. That said, since then Kickstarter has been saturated by game developers, both big and small, and the public has developed a certain knee-jerk aversion to some repeaters, especially those that are actually done by a company of some sort.

However, Harebrained Schemes assures its backers, both present and future, that the core Hong Kong game is already budgeted and on schedule for a mid-2015 launch. This Kickstarter, then, is meant to expand the scope of the game to include characters, quests, and content that the developers would have liked to include in the game but were otherwise constrained by initial budget. In short, the crowdfunding is meant to increase the budget only and not to fund the entire game. Given the studio’s laudable performance and output with the Dragonfall standalone expansion, it’s not hard to have a bit of faith in that promise.

Of the many cyberpunk settings around, Shadowrun holds particular popularity for its unusual mix of fantasy and cyberpunk. Where else would you see cyborg elves and hacker trolls (not the Internet kind)? For this installment, the game takes place in, of course, Hong Kong, where an awakened supernatural force is threatening to consume and destroy everything. Like the previous Shadowrun games, the game play out in a 3D isometric world with turn-based combat, meaning no button/key mashing here. The game will take to heart the lessons that Harebrained learned over the past two games, which also means, for example, you will be able save your game almost anywhere. And of course, like the previous games, you will have lots of meaningful choices and a colorful assortment of party members to choose from. 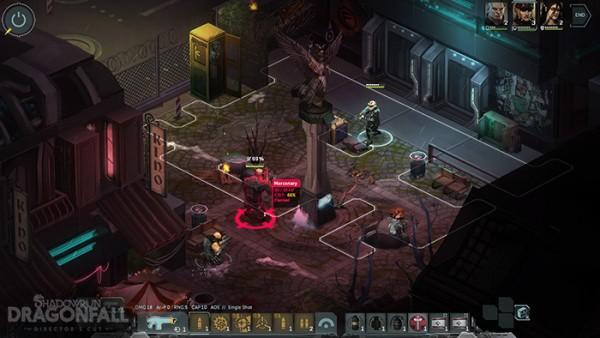 One thing fans of the previous games might be a bit sad to hear is that Shadowrun: Hong Kong won’t be coming to Android, unlike the other two. Of course, that’s not without good reason, as the developers want to focus on making a greater experience for PC, Mac, and, Linux. Naturally, PC gamers will definitely applaud this decision and there might be very little love lost from mobile gamers.

Considering the more modest goals of the campaign, Harebrained only asked for $100,000. But they have already raised four times as much with 32 days left, showing how much trust and hope, not to mention money, Shadowrun fans are willing to invest in the upcoming title.