Hands-on with Valve’s The Lab – Your introduction to VR

The Portal games are among my favorites for a number of reasons. I’m a big fan of solving puzzles and condescending robots, and those games really satisfied both areas. The second game wrapped up the story of Chell pretty neatly, but there’s still a lot more to explore at Aperture Laboratories. While at GDC, Valve gave me a peek into some of the various Pocket Universes that we’ll be able to explore in The Lab.

The Lab is an upcoming SteamVR game that will be shipping for free sometime this Spring. In it, you’ll have access to around a dozen different “experiments.” While in their booth, Valve gave me a look at four of these.

When the demo started, I watched as one of the little paper-looking stick figures picked up a strange orb and was warped inside of it. Taking my queue, I reached out and picked it up, and brought it to my face. I was soon transported to a beautiful mountain range. I was told by my Valve helper that this was the Postcard experiment. Sure enough, it looked like I was standing on the sort of mountain range that you’d see on a postcard.

There wasn’t a whole lot to do in this experiment, aside from taking in the sights. But there was an adorable robot dog that was very happy to see me. He would follow me around as I warped to different areas of the mountainside. On the ground were plenty of sticks that I could throw, which he would happily retrieve. Sadly, I couldn’t take my new friend with me, but once another orb appeared, I knew it was time to move on.

I now found myself somewhere deep within Aperture Labs, at stacks of crates that were off in the distance. In front of me was a big slingshot, into which various personality cores would be placed. I was told that I would be “calibrating” the cores by launching them into the far off stacks of crates. As you can imagine, each of the cores had unique voices and personalities. Some were more accepting of their fates than others. 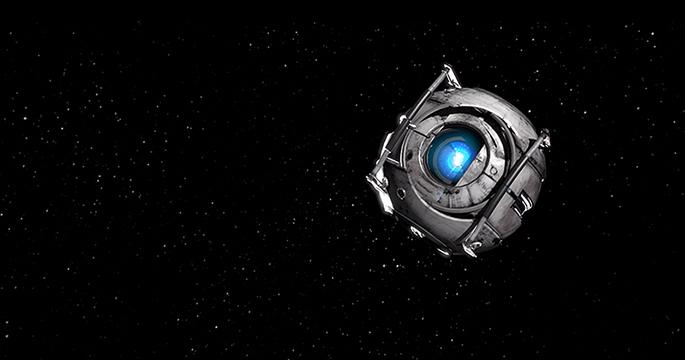 Within the crates were barrels of explosives, which worked particularly well to bring down the stacks of crates. I found that if I looked off to my right just a bit, there was a counter keeping track of how much damage I was causing. After several million in damages, I found myself looking at another orb, which meant that it was time for a new experience.

This time I found myself standing on a rampart, looking down at a bunch of stick men. They were all equipped with weapons, and some had either a helmet or a shield for armor. And me? I had a bow and unlimited arrows to shoot them with.

As they attempted to storm the gates of the castle, I had to fire my arrows to keep them at bay. Whenever I’d hit one, they would explode, and release a couple of balloons. Shooting the balloons would help repair any of the damage they’d caused to my castle. There were also explosive barrels and even a vat of what I can only assume was boiling hot oil that I could shoot to help me take out my enemies.

As with the other demos, after a short time, I found myself looking at another floating orb, ready to whisk me away to another experience. This experience was perhaps the most unique of any of the others I’d played in The Lab.

Instead of standing somewhere, prepared to do another activity, I was in a large spherical chamber, controlling a very small spacecraft. I quickly realized that I was inside of some sort of oldschool arcade shooter. Instead of using a d-pad or analog stick to move my craft around, I simply moved my Vive controller. I was constantly under attack from various other crafts that would fire lasers and rockets. Occasionally when blowing one up, they would drop a powerup. Grabbing them would allow me to fire a gigantic laser beam, that would destroy everything in its path. 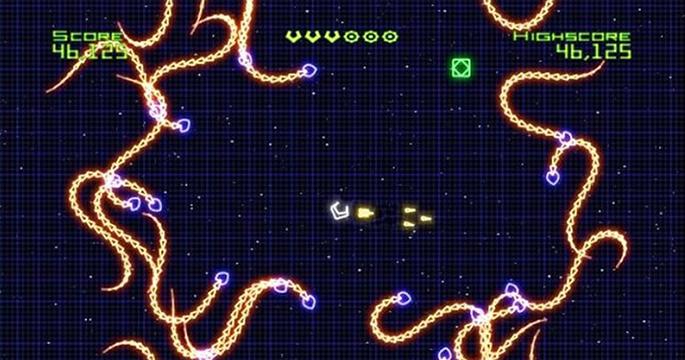 The longer I played this particular experiment, the more densely-packed the area became, both with enemies, and enemy fire. I lasted long enough to find myself staring at another orb for the final time. I quickly grabbed onto it and was whisked away to a lab.

Here was the loading area for all of The Lab’s experiments. I could see the postcard that I had entered, with a sphere waiting in front of it, along with a few of the others. In the full game, you’ll be able to simply walk up to whichever experiment you want to start, and pick up the orb to be transported into the Pocket Universe that it is contained inside of.

On a table was a sort of diorama containing objects from the four experiments that I had completed. I’m guessing that in the full game, you’ll need to unlock these items by performing specific tasks within each experiment.

The Lab will be releasing sometime in the Spring for free, and should have around a dozen experiments. While I only had a few minutes with each of them, I think that The Lab as a whole will be a great way to introduce people to VR.

In each of the experiments I found that I already knew exactly what I needed to do, once I looked around and got my bearings. In the Postcard demo, I saw a cute robo-puppy coming up to me, and sticks on the ground, which meant that I needed to only reach down, and make a grabbing motion with my controller to pick up a stick, and a throwing motion to release it. The same went for pulling back on the slingshot and aiming, and firing the bow and arrow. And when I had a tiny spacecraft at the tip of my controller, it was easy to realize that I needed to quickly move it in order to dodge the incoming fire. 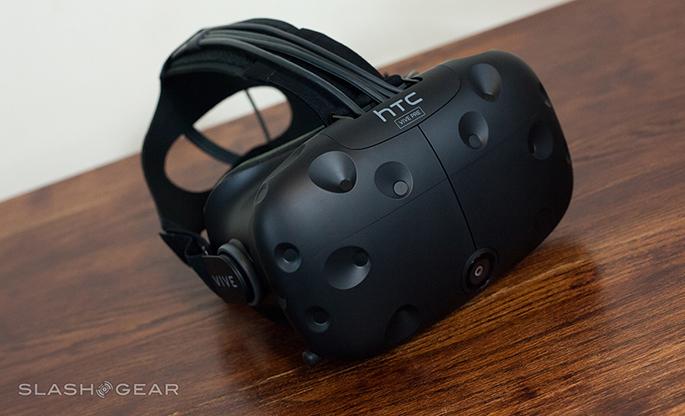 Something that always impressed me about the original Portal game was how it taught the player how to play the game. It introduced mechanics to you in a natural way that never made you felt like you were overwhelmed or uninformed about anything going on. The same sort of thing intuitive gameplay was present in all of the demos I tried out in The Lab. I can’t wait to see what’s in the rest of those Pocket Universes.