Hamilton alone makes Disney+ worth it

Assuming you haven’t been living under a rock for the past three weeks, then you likely know that Hamilton is now live on Disney+. Hamilton is one of those benchmark Broadway musicals, like Phantom of the Opera or Wicked, that changed the game and generated insane amounts of hype when it first premiered. And like those two shows, it’s going to be a long, long time before we see Hamilton close on Broadway or stop touring.

That’s why it’s sort of miraculous that we’re even talking about Hamilton launching on Disney+. Broadway tends to be very protective of its shows, particularly ones that are still running and especially ones that are raking in piles of cash. Even after shows close, it’s rare to see official recordings of stage productions; instead, the big musicals are more likely to get movie adaptations, which in my humble opinion as a theatre nerd don’t really capture the essence and energy of live performance, while the smaller shows are likely to just fade out and be forgotten.

To be sure, there are a few recordings of stage productions floating around out there – Disney+ is also home to a recording of Newsies, while Netflix has Shrek the Musical (which is fantastic in its own right) and Amazon Prime has the 1994 revival of Carousel – but for the theatre-obsessed who would rather watch official recordings than scour YouTube for bootlegs recorded in secret by audience members, the pickings are definitely slim.

So the idea that I’m sitting here writing about Hamilton on Disney+ is a big deal, because it definitely isn’t often that a musical as big as Hamilton becomes so readily available. Hamilton‘s launch on Disney+ is a product of the COVID-19 pandemic, as Disney originally planned to premiere this in theaters in October 2021. Then the pandemic hit, keeping everyone home and likely complicating Disney’s theatrical release schedule for the next few years, prompting the company to use Hamilton to drive subscriptions to Disney+, its still-budding streaming service. 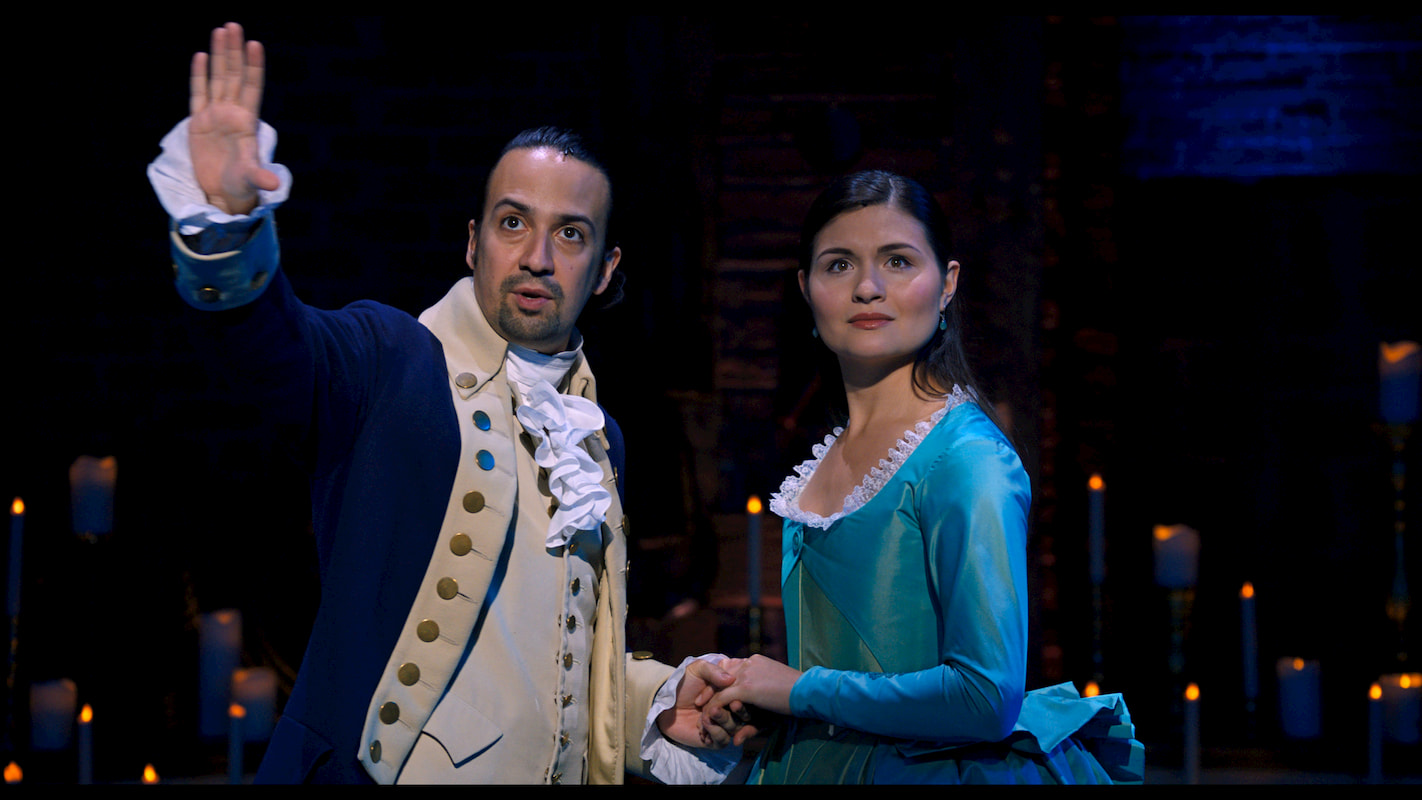 It’s going to work, too. Hamilton is nothing less than a phenomenon, and even years out from its debut on Broadway, it’s still both difficult and expensive to get tickets to the show (not to mention outright impossible at the moment thanks to the pandemic). When the Hamilton tour rolled through my city last year, tickets for seats in the front of the house were being sold for a staggering $400 – and that was pricing from the theater itself, not from scalpers. That’s much more than your average theatergoer can justify spending on any show, even one as revolutionary as Hamilton.

In short, Broadway theatre has an accessibility problem. Either you spend an arm and a leg on tickets or you’re buying the cheap seats in the balcony or back of the house and watching the show through a pair of opera glasses. It should be noted that “cheap” is a relative term here too, because while my local theater was selling the best seats for $400, the worst seats still cost $100.

And now here we are, with a professional recording of Hamilton featuring the original Broadway cast going live on Disney+ today, a streaming service that costs $6 a month. Even if you watch nothing else on Disney+, it’s well worth the $6 to watch Hamilton, because there’s no way you’re ever seeing the actual show for anywhere near that cost (assuming you don’t win some giveaway, of course). 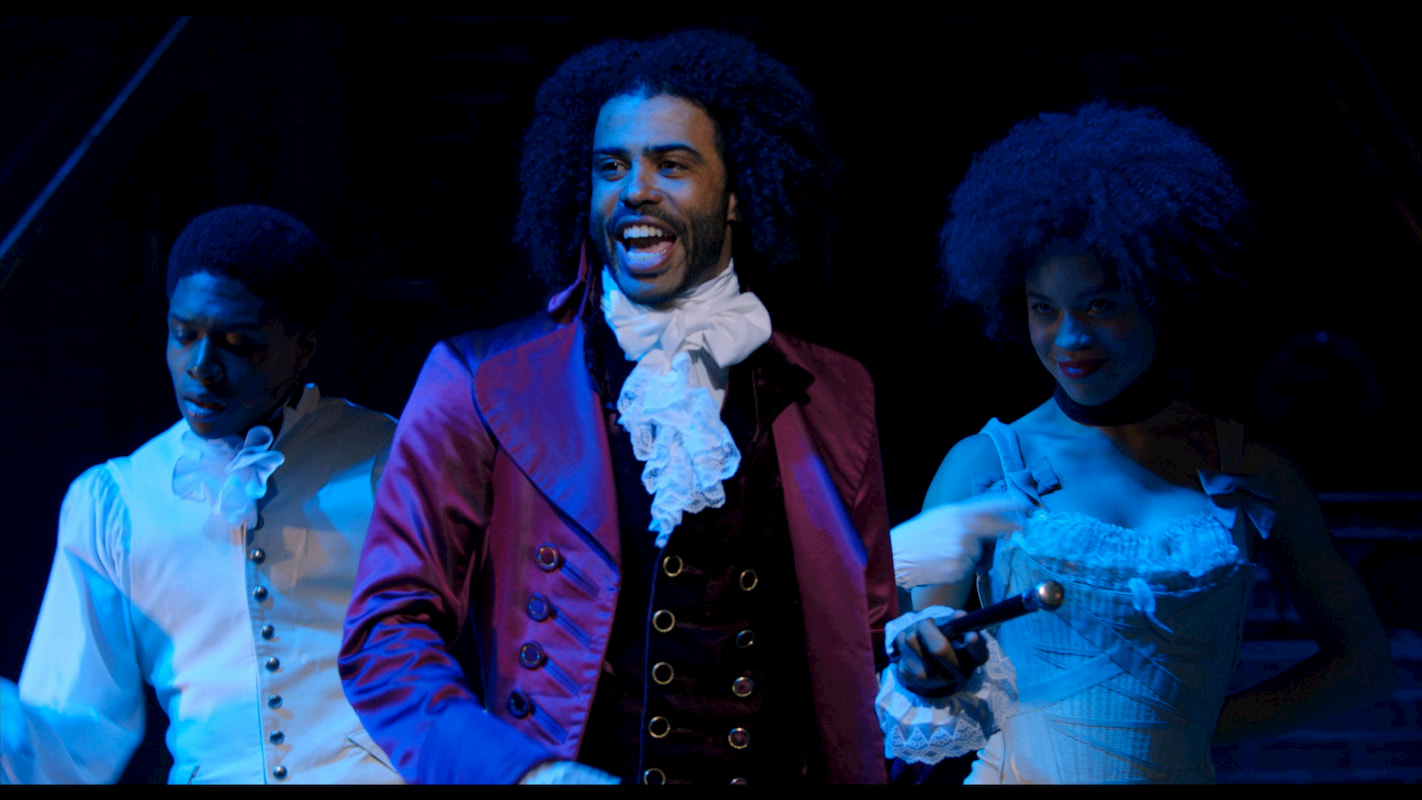 It’s hard to overstate just how big this is. Yes, you lose some of the energy by watching a recording of a live performance, but that’s really the only criticism that can be leveled against Hamilton here. Hamilton‘s original Broadway cast is a group of exceptional talent and skill, and getting the chance to see them perform the show when all of the actors have long since left those roles is huge, especially for people who have obsessively listened to the soundtrack throughout the past five years.

Of particular note, Leslie Odom Jr. gets some of the best songs in the show as Hamilton’s rival (and third vice president of the United States) Aaron Burr and routinely knocks it out of the park, while Daveed Diggs is more or less perfect in the dual roles of the Marquis de Lafayette and Thomas Jefferson. Renée Elise Goldsberry and Phillipa Soo both offer up jaw-dropping performances as Angelica Schuyler and Eliza Hamilton, respectively, and I’m sure that Christopher Jackson’s performance as George Washington is going to elicit tears from at least some viewers.

I have to stop myself when I’m talking about how great the original cast is because there’s praise to be heaped on all of the performers, but you should get the idea by now. If you like Broadway theatre even a little bit, it’s worth watching Hamilton, and even if you’re not a Broadway kind of person, it’s probably still worth a look because Hamilton certainly isn’t a conventional musical.