One of the most popular games around only Xbox game console for several generations has been Halo. Halo is a science fiction shooter that has players filling the boots of Master Chief. One of the most iconic vehicles in the Halo videogame is called the Warthog, and players can get behind its virtual wheel at points in the game.

Fans of fast cars and trucks may be familiar with Ken Block, famous for his Gymkhana videos. He also makes some extremely cool cars through Hoonigan Industries. His latest vehicle is an excellent reproduction of the Warthog that you can actually get inside and drive. It’s not some wimpy replica with a few horsepower they can barely get around either.

Block’s Warthog isn’t a 100% replica of what you see in the video game. It’s shorter and a bit taller than the virtual version and lacks the gun in the rear. Those trade-offs were required to create a running and driving version of the virtual vehicle.

Power comes from a gigantic 7.2-liter twin-turbo V-8 that produces 1060 horsepower. All that power combined with massive 43-inch tires should allow this vehicle to go anywhere very quickly. Another interesting touch is that both axles have steering assemblies giving it four-wheel steering. 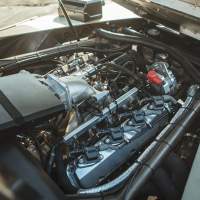 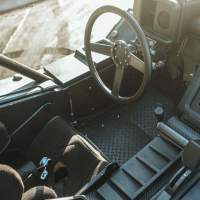 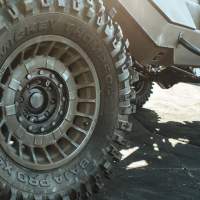 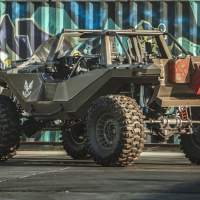 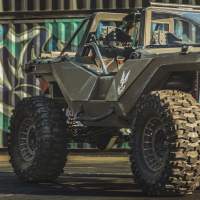 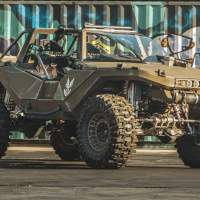 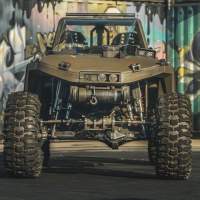 While the virtual Warthog has fully independent suspension, Block’s real Warthog uses solid front and rear axles. We aren’t sure what Block plans to get up to with his Warthog, but since he retired from making Gymkhana videos, presumably, we won’t see it there. The vehicle certainly looks like it would be at home rock crawling in the mountains or running at high speed through the desert. Check out the video above to see some of what went into building it.