Gresso is the place where the rich go to buy suitably ostentatious gadgets that looks fancy, but often lack the features in much cheaper device. Gresso has a new mobile phone called the Grand Premiere mobile phone. The device is covered in 5.3 ounces of 18K gold. The yellow gold is offset by the black surface of the sapphire screen.

The sapphire parts are resistant to scratches and the sapphire in the device weighs in at over 135-carats. The smartphone is 12mm thick, making it one of the thinner devices in its class according to Gresso. The keys on the device are made from gold using precision cutting tech. 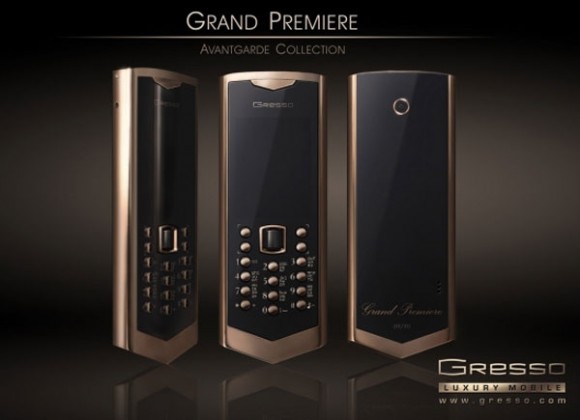 The Grand Premiere is a limited edition device with only 30 of each made and the number is engraved on the rear of the phone. The phone is set to launch this month at a price estimated at $50,000 per unit. The device measures in at 121 x 46 x 12mm and weighs 190 grams. The looks is all that matters on this phone with little mention of the features outside of the fact that Symbian S40 is the OS.