Earlier this month, we finally got a release date for Gran Turismo 7. With March 4th, 2022 on the books as Gran Turismo 7‘s release date, Sony has now detailed the various launch editions and pre-order bonuses that will be available with the game. Chief among these launch editions is a 25th Anniversary Edition that will be available in both retail and digital flavors.

To start, we have the Launch Edition for Gran Turismo 7, which will be available on both PS5 and PS4. As you might imagine, the Launch Edition doesn’t come with much – just the base game and some pre-order bonuses that include the Toyota Castrol TOM’S Supra, the Mazda RX-VISION GT3 Concept (Stealth), and the Porsche 917K Living Legend in a three-car pack. Launch Edition buyers will also get 100,000 in-game credits. 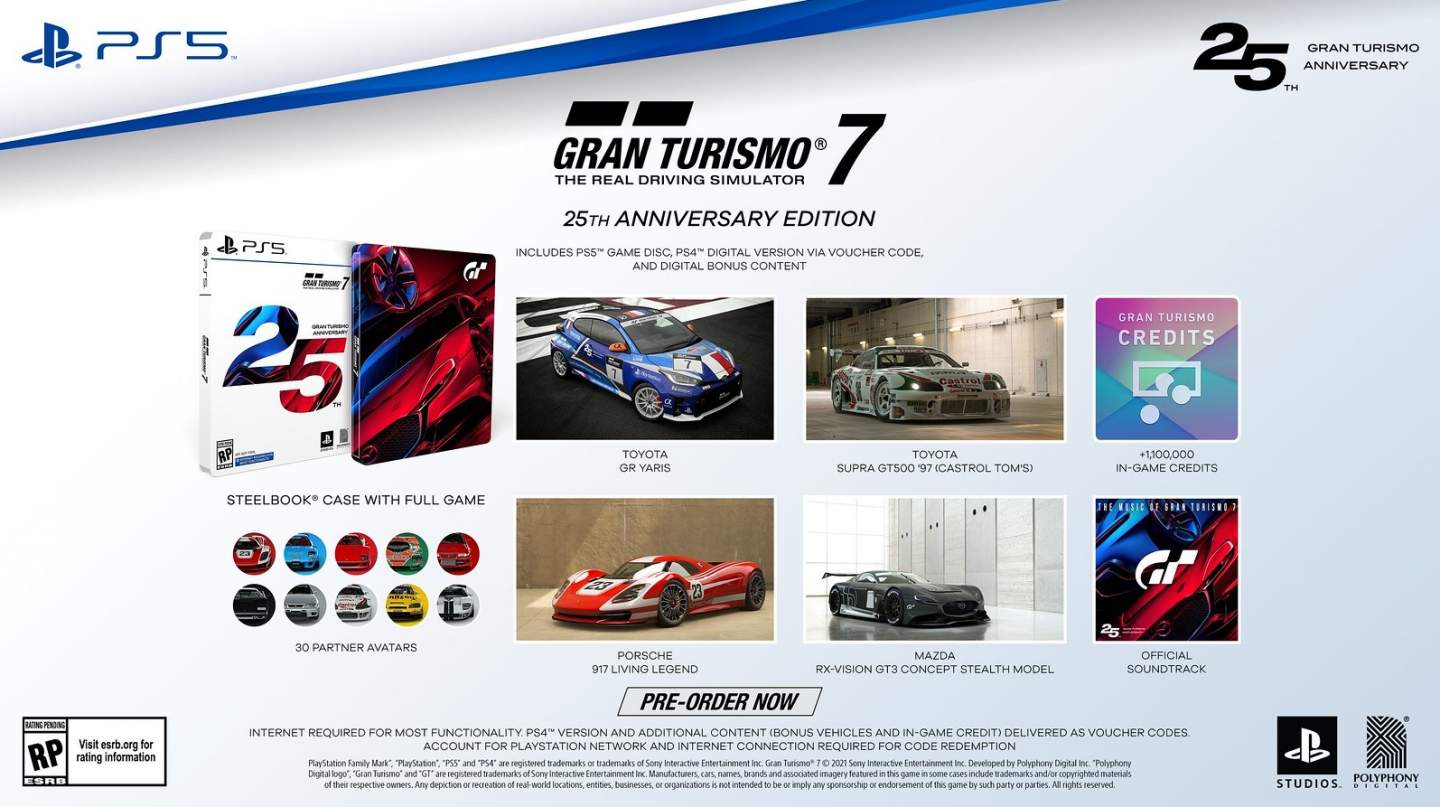 Then we have the physical 25th Anniversary Edition for $89.99. This version of the game comes with a PS5 disc in a steelbook case along with a voucher for a digital copy of the game on PlayStation 4. Players will also get 30 manufacturer/partner avatars, the official Gran Turismo 7 soundtrack, a Toyota GR Yaris with country-specific livery (which sounds like a nice touch), and 1.1 million in-game credits. This edition will also come with the three-car pack listed above for the Launch Edition. 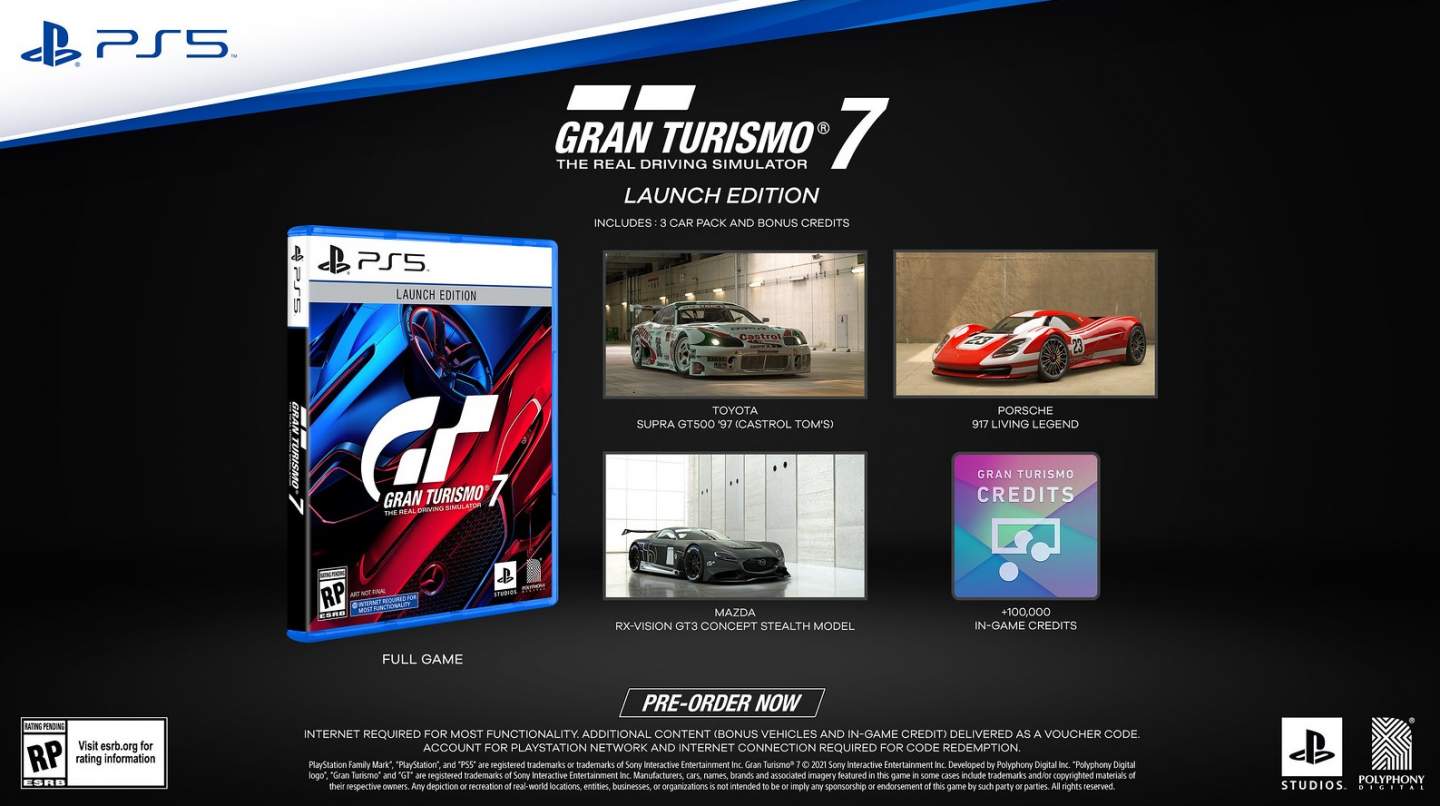 Finally, we have the 25th Anniversary Digital Deluxe Edition that will be available through the PS Store, again for $89.99. This includes everything that the physical 25th Anniversary Edition offers aside from the physical PS5 disc and the steel book case to store it in. It also upgrades the number of credits you’ll get, bringing it from 1.1 million to 1.6 million. 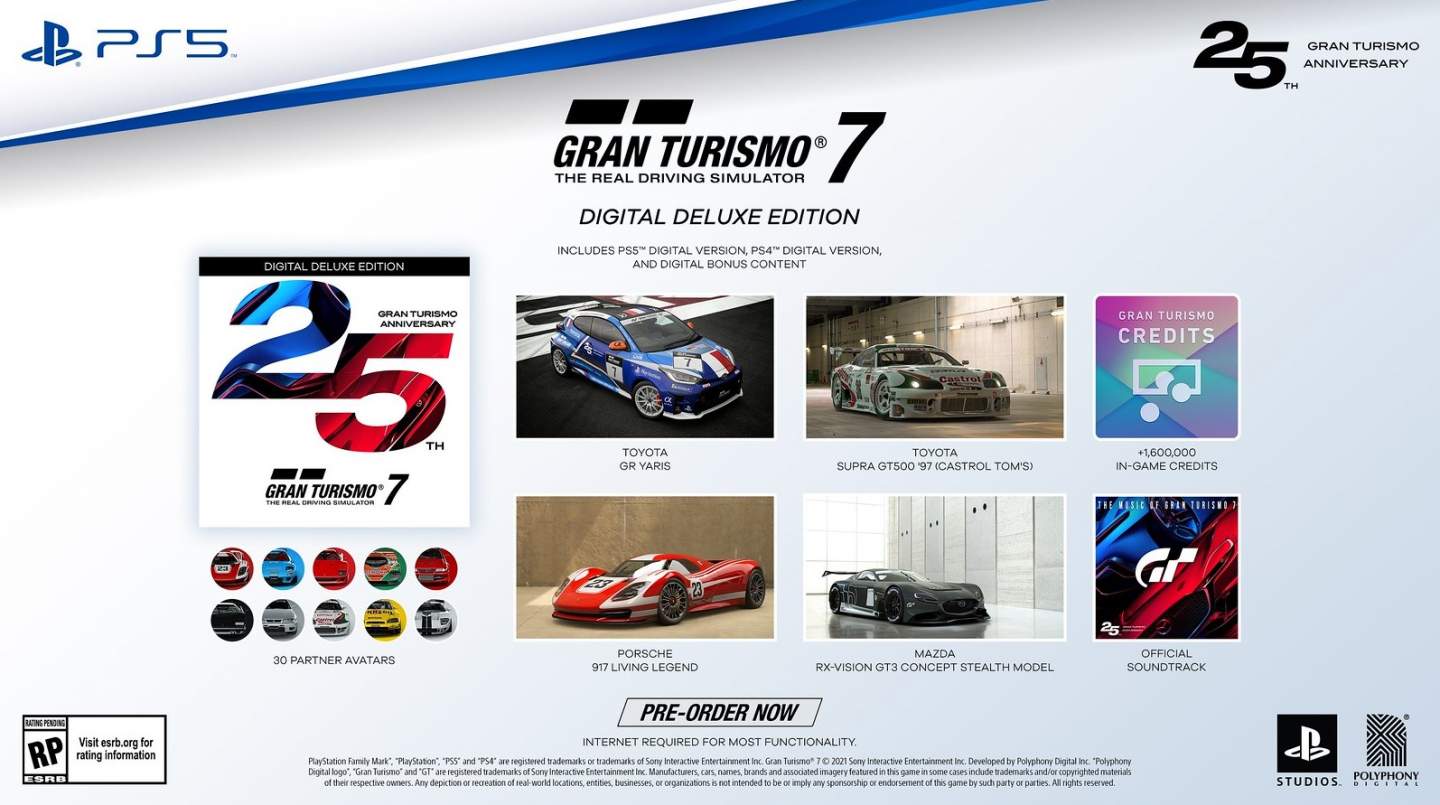 Strangely, Sony is not clear when it comes to what’s a pre-order bonus and what isn’t, but we’re guessing that the three-car pack is the pre-order bonus for each edition of the game. Keep in mind that if you buy the Launch Edition of the game on PS4, you’ll be able to upgrade to the PS5 version later for $10. Gran Turismo 7 is out on PS4 and PS5 on March 4th, 2022.