The netbook renaissance is at hand, that is if you ask at least three Chinese manufacturers. GPD, Chuwi, and One Netbook are currently in a race for the 8-inch mini laptop market but GPD is quite happy to stretch its wings even further. It is already known to be working on a slight refresh of its GPD WIN 2 Windows-based gaming handheld but now it’s rumored to be smashing those two worlds together into the GPD Win Max.

The GPD Win series was already an oddball. It was a gaming device the size of a Nintendo DS that ran Windows 10 and had a small QWERTY thumboard in addition to joysticks and buttons. It was such a success for the company that it followed it up with a GPD WIN 2 and will even give the latter a slight upgrade.

The current GPD P2 Max, on the other hand, comes from the GPD Pocket line that tried to cram a laptop into a 7-inch form factor. This time, however, GPD acknowledged size limitations and expanded it to 8.9 inches. It was pretty much a larger mini laptop. 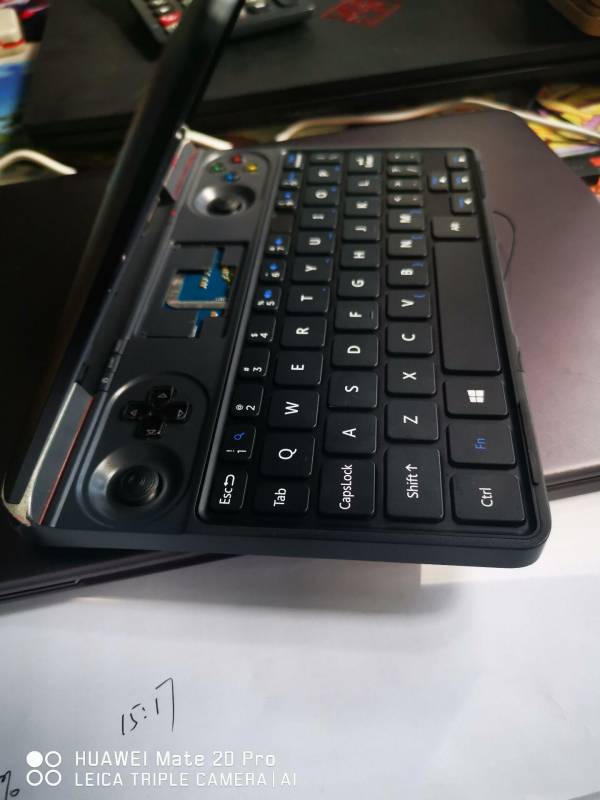 A leak of the GPD Win Max shows it will merge the two not only in name. In addition to the rumored larger screen and keyboard, it will even have a regular island-style keyboard with slightly larger keys. It gives off a vibe of a device that can be used as both a mini laptop and a handheld.

That could be no problem for the AMD Ryzen Embedded SoC that’s rumored to be inside. Don’t expect it to appear any time soon, though. GPD hasn’t even wrapped up its P2 Max crowdfunding and those won’t ship until September.